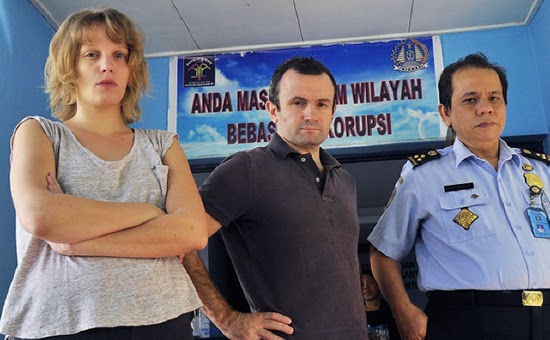 RECENT claims by Indonesian authorities that there was a fresh “open door” policy over inquisitive journalists wanting to enter West Papua and report “on the level” have turned out to be false.

Hopeful signs through insightful reports (long with intelligence minders) by SBS Dateline’s Mark Davis, Michael Bachelard of The Age and The Sydney Morning Herald’s Jakarta bureau and AAP’s Karlis Salna that the Indonesian government had indeed seen the light – or at least was having a serious rethink – have turned out to be nothing but a mirage.

In the latest July/August edition of The Walkley Magazine, a Bachelard article featured “Opening the doors to West Papua” about his experience in January 2013 as “the first foreign reporter (excluding travel writers) to be given entry for about 12 months, and the first Australian for significantly longer”. He wrote rather prematurely:

“I hope the Indonesian government sees that these stories have not caused the sky to fall in, because only then will they open up West Papua. Then perhaps, reporting there can become just like any other part of my job.”

However, the detention of two French journalists – who are facing charges of “treason” and “immigration crime” – and a West Papuan tribal leader early last month has made a mockery of the new Indonesian policy.

Even before these arrests, a leading West Papuan journalist, Tabloid Jubi publisher Victor Mambor (also chair of the West Papua branch of the Alliance of Independent Journalists), on a visit to New Zealand just a few days earlier, had warned journalists and civil society activists not to be seduced by Indonesian claims of “press freedom”.

Arrested on August 5 for working on tourist visas, Thomas Dandois, 40, and 29-year-old Valentine Bourrat  today remain in detention, along with Areki Wanimbo, an indigenous leader from Lanny Jaya, according to the Indonesian human rights group Tapol.

International condemnation has been mounting with many West Papuan human rights groups and media freedom advocates calling for their immediate release.

Not content with throwing the book of repression against all three detainees, Indonesian intelligence agents have been snooping around and harassing anybody who has been in contact with them, report New Zealand-based Pacific Media Watch’s Anna Majavu and Australian-based West Papua Media’s editor Nick Chesterfield.

In a report posted today on the Tapol website, it declared:

Indonesia continues to impose severe restrictions on access to Papua for foreign journalists and human rights workers. While most foreign journalists apprehended in Papua are swiftly deported to their home countries, in this case the pair have been charged with immigration offences and accused of trying to destablise Papua.

Papuan civil society has been quick to show their support and have demonstrated calling for the release of the journalists. The Jayapura branch of the Alliance for Independent Journalists in Indonesia has appealed for the pair to be released and deported rather than subjected to legal process.

A plethora of international rights organisations have condemned the arrests and issued statements calling for their release. On August 11, Reporters without Borders issued a statement confirming that the French couple were indeed journalists who had been reporting on Papua.

As the three detainees spend their 32nd night in jail tonight, human rights groups are united in their hope that upon his inauguration in October, President-elect Jokowi will act swiftly in honouring his promise to open up Papua to international journalists, observers, human rights and humanitarian workers.

Tapol has also posted an extensive outline of the case on its website as part of an appeal in support of the detained three. It also notes: