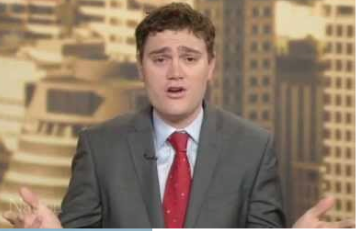 A thousand a week?!

Dayum, cousin Jethro, whodathunk propaganda work could be so lucrative!?

Slater also writes that “some pay with advertising, some with product“.

Does that include Katherine Rich from the Food and Grocery Council paying Slater with as much sugar as he can eat?! As Rich is very much an advocate for maximising profit from unhealthy, sugary foods,

Food and Grocery Council chief executive Katherine Rich rejects outright the call for a tax on sugar. She says it has been tried overseas in different forms and failed to do more than collect more money from citizens for Governments.

“In the last couple of years some have advocated for sugar taxes while others have called for fat taxes. Add them together and all you get is more expensive food at the supermarket.”

She says tobacco taxes had cut rates of smoking because they were so high.

“Imagine what tobacco-style taxes would do to the price of food. Sugar taxes would seriously adversely affect those on low incomes and hit a lot of popular supermarket items such as jam and honey. Last year the University of Otago put jam and honey on a “Need not” list and received a lot of negative comments from the general public.”

Equally Rich does not favour regulations imposing labelling rules on the food industry. The council has been involved with a new transtasman labelling scheme, which featured a star system. “We’re sure it’s on the right track.”

On The Jackal’s blog, the blogger reports on a previous dump of emails, showing Katherine Rich’s relationship with Whaleoil associate, Carrick Graham. Theirs was  an orchestrated hate-campaign to undermine critics of the  alcohol, tobacco, bad food, and sugary soft drink industries.

As a Radio NZ report stated,

Little wonder that Green MP, Kevin Hague has called for Rich to resign from the government Health Promotion Agency;

“Katherine Rich, Carrick Graham and Cameron Slater have all been involved in a systematic undermining of health promotion in New Zealand. She cannot tenably remain on the board of that organisation.”

Back to the emails. Even Jordan Williams  remarked on the amount that Slater claimed to be raking in from his “clients”;

– though as the response from Slater immediatly following showed, Williams appears none-to-bright when it comes to sending a reply to the correct recipient! *Doh!*

Now note Slater’s response below, where he refers to Mark Hotchin;

This is obviously a sly reference to one of Slater’s clients – Mark Hotchins – which was referenced in previous Whaledump releases and covered by the msm at length;

The key question now is whether the campaign was funded by Mr Hotchin to help him escape charges.

I think that question has been answered – at least in-part.
In other words, when rich white men demand ‘utu’ and want some dirty work done – there are those even in our own quiet, little, ‘corruption free’ country, willing to get their hands dirty.

Reading the email exchange between Williams and Slater, another thought crossed my mind – I hope Slater has declared all his income to the IRD? Even payment “in kind” can be liable to be taxed.

If the IRD decide to sniff around, not all the Key’s Men and Horses will be able to save the Whale from being harpooned for (possible) tax evasion.

The Jackal: Who is Katherine Rich?