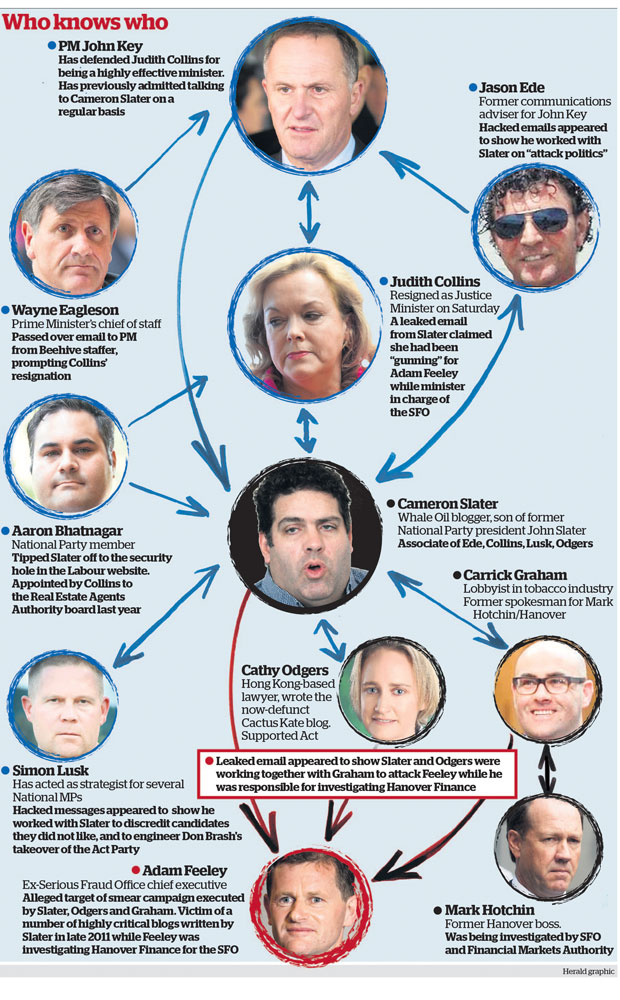 The farce whitewash that Key is trying to push through here for the inquiry into Judith Collins role in a hit on the SFO should enrage any NZer, regardless of how they vote.

Whaleoil won’t be forced to appear, it’s happening after the election and the scope is as tiny as Key can make it.

It’s a farce, a whitewash, a joke.

…demands more than a weak inquiry. It demands napalm.

Vote these filthy scum out on September 20th. They are making a mockery of a democracy.