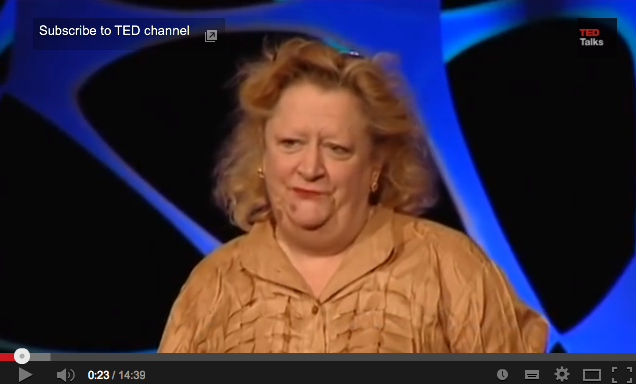 I haven’t been following the events in Rotterham too closely.  I’ve read about the basic issues and the culture of silence that stopped action been taken even after complaints were made.  That culture of silence is incredibly familiar, and described well in this piece published in the Guardian:

It was only after a decade away from Skipton that I was finally able to garner the courage to return and testify against my abuser. When I first told my mother about the abuse I’d suffered, she was absolutely devastated. The root of her anger was clear: I was heaping unbound shame on to my family by trying to bring the perpetrator to justice. In trying to stop him from exploiting more children, I was ensuring my parents and my siblings would be ostracised. She begged me not to go to the police station.

It’s not just about being ostracised by the community for bringing unwelcome attention to it.  The issues are also around young women becoming “tainted” by the abuse and no longer marriageable material because their virginal status has been damaged.  And it’s not just the victim alone who becomes unmarriageable, but any siblings as well, by association.

More than that, the parents will have seen to be derelict and careless in the bringing up of their daughter: how could they “allow” her to be in a situation where she could be abused?  There’s a whole tonne of victim-blaming going on in that line of questioning.  Was she left at home alone, was she allowed too much freedom to go out, and the usual that all women get, what was she wearing, how was she behaving towards her abuser, wasn’t she just asking for it?

How callous we are as a society when leap to judgements about the way others live their lives, just so that we don’t have to accept the uncomfortable reality of what has happened to them.  So that we don’t have to take the difficult steps of looking at how sons have been brought up, at challenging the cultural assumptions that put all responsibility on women and none on men to maintain sexual purity.

The conditions that allow the events in Rotherham to occur involved a collective blindness, or more accurately a collective willingness to accept cultural standards and norms as acceptable.  That’s how such cultural traditions are perpetuated: it’s because people are prepared to buy into a particular way of thinking and doing things, even knowing clearly about the harm it causes.  Why do they continue?  Partly because that hold power within a society jealously guard that power and position, and are willing to use pretty nasty means to discredit anyone who challenges them.  And partly because those who don’t have power are either too scared or too apathetic to take the actions which will bring upon them the wrath of their peers.

Cultural change is always brought about by people with courage who are cast as strange, wierd, unbalanced, out-of-step.  A facebook friend posted this video in comments on my page today about wilful blindness:

I was particularly interested in the legal definition of wilful blindness, the act of deliberately choosing not to see something because the consequences of seeing are too great.   As the speaker in the clip says, it’s something that affects 85% of people.

Given this human tendency, how do we change the kind of situation that occurred in Rotherham?  How do we challenge these cultural traditions?  The Guardian article I quoted from above lists 4 immediate steps, and I agree with all of those.  Those steps are needed for all communities, not just one, because we all need to challenge the culture of silence which manifests in different ways amongst different communities.

But we also need to challenge marginalisation.  Apparently some of the law enforcement and other state officials were afraid to take action for fear of being accused of racism.  I wonder how much of that is an excuse, but let’s take it at face value.  The best way to get rid of that fear is to actually stamp out racism.  All communities have issues with sexual violence and abuse, every country has its shameful stories.  From the abuse in Ireland to the gang-rapes in Delhi to the incidents in Steubenville & other US cities to the cases in Belgium.

In every country and culture, this is a problem, so let’s focus on the abuse and stamping it out.  Let’s focus on changing the cultural traditions within each community that allow such violence and abuse to be hidden.  Let’s focus, as the article says on supporting victims but also on changing the behaviour of perpetrators and those who would excuse the behaviour of perpetrators.

All of this takes effort and it takes resources – particularly the 4 “immediate steps” I mentioned above.  It takes a government willing and determined to take the issue seriously and to give it the attention it deserves.  I wouldn’t be much of a Labour candidate if I didn’t link to our policy on eliminating violence, and note the fact that “the lead agency [would be] the Department of Prime Minister and Cabinet”.

It’s time to put aside the wilful blindness, and use all means available to push for change.