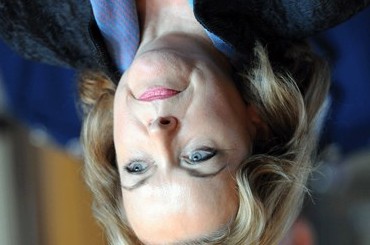 Like most of the rest of the nation’s political classes, I was eagerly affixed to TV One from 12:30 on Saturday afternoon to witness the downfall of Judith Collins.Whenever we witness the crumbling of a titan of the political landscape who’s seemingly stood astride the entire nation’s politics like a taser-wielding colossus, I’m always put in the mind of watching US troops toppling statues of Saddam Hussein after the Fall of Iraq nearly a decade ago. Older readers may remember graven idols of Lenin or Stalin being chiseled off their plinths and pulled down by trucks after the collapse of Communism in Eastern Europe. But as with Red Tsars being ceremonially dethroned across the former USSR, it’s very, very easy for the symbolic change being enacted in front of us (a tyrant rolled) to distract utterly from the also highly symbolic *lack of change* that’s actually occurring behind the scenes. In the case of Eastern Europe, getting rid of red banners and gold stars bellied a slide back toward autocracy, a KGB President, and revanchism unseen since the dark days of 1956’s Hungarian Uprising. As applies Collins, we have a situation of a Minister being forced to resign specifically to avoid some very hard and searching questions being asked of the regime which exists behind and around her.We can tell that we are not being given the full story simply by watching Key’s press conference. The whole thing seems vaguely unreal – particularly to him. Not three weeks ago, we had Key decrying #DirtyPolitics, and bemoaning the perfidy of using hacked emails as evidence to demand accountability from National’s front bench and Collins in particular. Then, earlier this week and last, we had Key putting Collins on a “last last chance”, so sure was he that she’d remain lilly-white until at least after the Election.The penultimate nail in the coffin came late last week when Winston Peters boldly proclaimed that Collins had made a surreptitious approach to the NZF camp asking if we’d be more keen to work with a Collins-led National Party than a Key-led one after the election. Key said that he disbelieved Winston’s assertion, and backed Collins … but he *also* noted that if the allegation turned out to be true, Collins would be gone by lunchtime. Watch what happens next. Yesterday, Winston stated his preparedness to sign a sworn affidavit, and perhaps more importantly, to start conjuring witnesses to prove his allegation. He even challenged Collins to *sue him* if he was lying. This morning, Key called Collins. This afternoon, Key went live on national television to tell us that Collins was resigning as a Minister. The strength of the “official” evidence against her cited in this afternoon’s press conference by Key was a single, solitary email. Which, given the way emails involving Cameron Slater appear to have become the reified embodiment of the pen being mightier than the sword this campaign, is perhaps not entirely surprising. However, what was more interesting was Key’s series of answers to journalists inquiring about the provenance of the email. Who’d passed it to his Office? Where did it come from? Are they able to prove its veracity? Is it a *hacked* email? Given his earlier disparagement of the use of hacked emails to evince allegations, isn’t it a little hypocritical for the PM to be relying upon a quite probably hacked email of unproven sourcing or even veracity to casually ditch a Minister of the Crown?The answers we got to these, and other questions, were not exactly compelling.All of this leads me to believe that the email Key cites – the single, solitary email that may or may not be a hack, a fabrication, or just simply something they can’t to any reasonable standard of proof actually state a case for acting in reliance upon … … so the email is a cover story. A screen. Because the only thing in a power-hungry rule-of-the-mighty organization like the National Caucus that *actually* constitutes a hanging offence, isn’t this kind of fendable allegation (it’d be all too easy for Key to simply ignore an email that’s turned up anonymously in his office). Oh no, it’s the strong and realistic threat of a coup from Collins that has finally spooked Key into action. Particularly as he’d look ineffably weak if he hadn’t done *anything* in response to the recent rumblings and rumour that Winston pointed to. Let us be clear about this. Winston Peters has *finally* succeeded in his year-long quest to claim the Ministerial Scalp of Judith Collins. There’s a very limited array of potential plausible alternative explanations for why Key would have ordered teh resignation of his Justice Minister. It’s possible that there’s something even *more* explosive than a coup plot; but at the very least, there *has* to be more to this story than just one email anonymously passed to John Key’s office. The only other possibility is that National’s campaign team has finally become absolutely convinced that it *has* to staunch the bleeding Collins’ ongoing imbroglios are causing, so much that cauterizing the wound by axing Collins is necessary and vital; indicating an inside job. But even then, the causal event which would have triggered this consideration would have to have been Winston yesterday claiming he was prepared to produce an affidavit and witnesses to substantiate his allegation of Collins on a coup-path. In other news, going off his statements this afternoon about “if you go through the book”, it now also appears that John Key’s office has read Dirty Politics 😀 Wonder if anything in there surprised them 😉