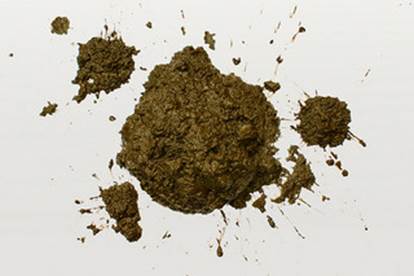 WE’VE SEEN IT ALL BEFORE. In 2005 pamphlets began appearing all over New Zealand attacking Labour and the Greens. For a couple of days both the parties targeted and the news media were flummoxed. Who was behind such an obviously extensive and expensive campaign? No one knew – until former members of the Exclusive Brethren Church recognised some of the names of the pamphlets’ authorising agents and put two and two together.

The exposure of the Exclusive Brethren Church’s role in printing and distributing the pamphlets, followed by the shock revelation that the National Party leader, Dr Don Brash, had been made aware that such campaign was in the offing, contributed significantly to National’s 2005 election defeat.

Could history be repeating itself?

Yesterday evening I received an e-mail from a sender styling himself “Charlie Taylor” advising me that “a group of concerned citizens just like you are paying for billboards like this”.

Exactly who “Charlie Taylor” is I have no idea, but the lengthy e-mail send out in his name is clearly intended to inflict maximum damage on both the Greens and, by association, Labour.

If I was a betting man, I would hazard a reasonable wager that Don Brash’s superb propagandist, John Ansell, was in some way involved with all this. There is something in the cheeky tone of these designs that recalls Ansell’s immensely powerful Iwi/Kiwi billboards of 2005.

The other reason I have for speculating that Mr Ansell might be involved is that some of the text of the e-mail bears a striking similarity to the accusations levelled at the Greens co-leader, Russel Norman, by Mr Ansell when he was interviewed on Radio New Zealand’sMorning Report recently. In the course of that interview, Mr Norman was branded a communist in language very similar to that used in this excerpt from the e-mail:

“Will you be happy to learn that your Labour party vote has helped ex-Aussie Communist Russel Norman achieve his ambition of becoming Mr Cunliffe’s finance minister?

“Will you think it a hoot when, thanks to you, ex-McGillicuddy Serious and Aotearoa Legalise Cannabis candidate Metiria Turei joins Red Russ as ‘Joint’ Deputy Prime Minister?”

Nor is this the worst thing the author/s of the e-mail have to say about the Greens. Apparently, they are responsible for the deaths of 50 million Third World children:

“Green thinking has a long and black track record of sounding heart-warmingly plausible, but wreaking death and destruction when unleashed in the real world, on real people.

“In the 60s, the hysteria over Rachel Carson’s green bible Silent Spring led to the banning of the mosquito-killing chemical DDT.

“Which led to 50 million people dying of malaria.

“Every day, more children die painful deaths because the Greens continue to deny them the treatment that would save their lives – a treatment that science has long since proven safe.”

All good inflammatory stuff! But the real sting (and true target) of the e-mail comes in its tail. The message which the “Group of Concerned Kiwis” who sign-off this diatribe really want you to take away is: “To stop the Greens, you must stop Labour.”

“You may think National and Labour are two sides of the same coin. And usually that would be fair comment.

“But with the Greens now guaranteed to be 30% or more of a Labour government, the economic danger signs just got a whole lot redder.”

Better, one assumes, to stick with the blues.

Whoever Charlie Taylor turns out to be, his group of “concerned citizens” is almost certain to fall foul of the Electoral Commission.

For a start, the designs feature absolutely nothing in the way of an authorising statement. Without the true name and residential address of the person responsible for authorising these political messages, any billboards, pamphlets, stickers and/or posters that may appear between now and 20 September are almost certain to be in breach of the legislation regulating political communications during a General Election campaign.

They will also discover that any and all “concerned citizens” wishing to participate in the cut and thrust of the General Election must first register themselves with the Electoral Commission and undertake to keep their expenditure within legislatively sanctioned limits.

The revelation of such identifying details would, of course, facilitate the full disclosure of who is behind this proposed negative advertising campaign.

In the wake of Nicky Hager’s book Dirty Politics, I do not imagine that the National Party will relish answering questions about the provenance of yet another example of, well, dirty politics. And if, as happened in 2005, incontrovertible evidence emerges that John Key or his party were forewarned of these “Concerned Kiwis’” campaigning intentions, then National’s chances of holding onto power will take yet another hit.