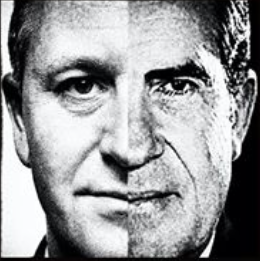 Watching the mainstream media try and obscure Cunliffe’s surprise win in the leaders debate  is a reminder the Press Gallery is in depressed shock.

And from the Left, footage has surfaced of curse word-laden chants and burning effigies of Key, along with a song threatening to kill him and have sex with his daughter.

…let’s get this completely straight shall we? A puppet gets burnt on a bonfire and the people burning it have nothing to do with any political party + Hip Hop lyrics needing to be reported to the Police plus drunk students out on the town having their chanting described in the mainstream media  as a ‘Nazi chant’ = comparison to gross abuse of executive  power that include hacking into the Labour Party computer and downloading their entire server + blackmailing an MP to stand down using lewd details + giving a far right hate speech merchant like Cameron Slater Secret Intelligence Service information to attack political rivals + rigging candidate selections + trawling brothels for dirt on journalists + having the power to get a prisoner moved + crucifying a public servant?

How the hell can a handful of examples that aren’t the ‘Left’ behaving in any such manner as projected by the media be comparable in any way shape or form to evidenced examples of outright political corruption?

These things are not comparable and pretending it is lets National off the hook. I call bullshit on that, back on the hook Mr Key.