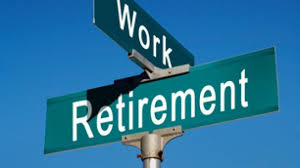 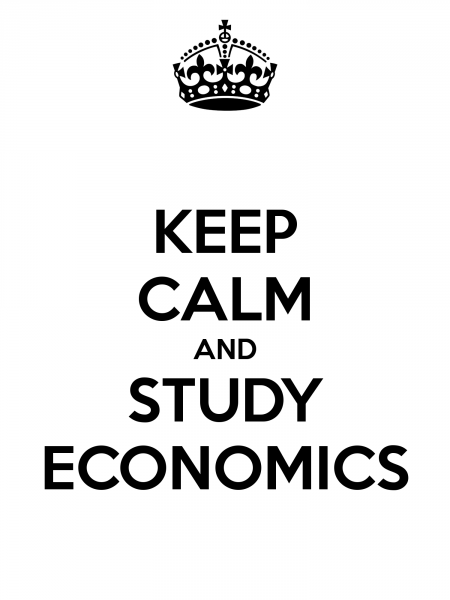 The kerfuffle in the wake of Nicky Hager’s Dirty Politics has had a detrimental impact on our discussion of economic policies. Signs are that the main beneficiaries of the dirty politics revelations will be Winston Peters and Colin Craig; certainly National suffered more than Labour in 2002, the ‘Corngate’ election. Nevertheless, Labour’s economic strategy must be examined closely as the election outcome is looking more like a lottery (based on whether or not certain parties achieve five percent) than an exercise in policy-based politics.

Maybe the biggest casualty is the absence of debate about the various parties’ retirement income policies? Indeed I could not contemplate voting Labour because I think their policy on raising the age of NZ Superannuation is completely wrong.

Further, Labour has become THE party of austerity. Only Labour could regard running Budget surpluses every year as an electoral plus. (This is worse than the balanced Budget mentality of Great Depression governments in the 1930s.) New Zealand has a problem of private debt, not public debt. Only Labour wants to advertise its puritanism, devaluing its own policies by sacrificing them on the sacred altar of miserliness. This is the exact opposite of everything the first Labour Government stood for. (I refer, once again, to Florian Schui’s recently published book Austerity, The Great Failure.)

On searching The Daily Blog for commentary on Labour’s policies on retirement income, I could only find two press releases: One pot of gold gone, Labour will create a new one and Super Fund contributions must restart on surplus. These only emphasise the miserliness of present-day Labour. David Parker sees money much as squirrels are alleged to see acorns; not as a social technology that works by constantly moving (as in “my spending is your income”), but as something that must be stored like jars of preserved fruit. (See my 2013 article Acornomics.) There is a long literature on the ‘Paradox of Thrift’.

If the pattern is maintained, then this year and maybe next year will provide the best opportunities in the decade for the young to get a foot on the employment ladder. So how do we do help our young people (say born after 1990) to become an economically active generation? Certainly not by sending really strong messages to older people that they should not contemplate retirement until they are aged 67, or 70 for that matter.

Through most of the economic cycle, it is insufficient aggregate demand – insufficient spending – that constrains employment growth. In New Zealand it is only massive amounts of private debt that sustain aggregate demand. Outside of the few free-spending ‘rock star’ years (such as this year), the route to young people becoming employed is the emergence of vacancies arising from older people moving through the employment ‘pipe-line’. In the capitalist game of musical chairs, the young have a better chance if the old withdraw from the game and make their chairs available.

Retirement, Labour Supply and the End of Universalism

Retirement is a benefit, not a cost. It is one of the reasons why past economic growth was a good thing. We – including economists – understood this in the period from 1850 to 1950. Hours of work per person dramatically declined over that century. Shorter working weeks, shorter working years, and shorter working lives were the dividends of economic growth. Now, in the twenty-first century, we espouse growth while despising any dividend that growth might give us. We want the pain without the gain.

In the past our thinking was muddled about some things. But it is in the present – not the past – that we have become comprehensively muddled on the matter of labour supply. We see the issue in our increasingly unrelenting belief – a belief promoted by Roger Douglas (especially in 1973-75), Margaret Thatcher, Ruth Richardson, Jenny Shipley, Helen Clark, Angela Merkel, Paula Bennett, David Parker – that a virtuous person (indeed a deserving person) is an employed person.

It was this belief that underpinned the recent welfare ‘reforms’ that required young people to compete more than ever with both single mothers and older people for what is, in most years, a small pool of available jobs. It was this belief that underpinned the introduction by Labour of ‘In Work Tax Credits’, a payment that serves as a reward to persons (or partners of persons) deemed to be employed, and explicitly withheld from those who are not employed or who are underemployed.

Sir Robert Muldoon would never have stood for that kind of thinking. He believed in a comprehensive universal welfare state. Taxes would be high enough to ensure that everyone got something back.

Muldoon introduced a system of retirement income provision that – for its simplicity, fairness, and economic soundness – remains arguably the best in the world. Further, by choosing the age of 60, he signalled that it was time to pay all of our older people a growth dividend, and to enable the young to build their careers.

(For those retired persons with other sources of income, their Superannuation from 1976 was taxed at up to 60 cents in the dollar. After 1982, while the average rate at which income tax clawed back Superannuation was reduced, the top marginal rate of income tax was raised to 66 cents in the dollar as a way of making the 1982 tax cuts more palatable to those on lower incomes.)

Women were the equal of men to Muldoon, but not to Roger Douglas who devised a superannuation fund in 1973 that vastly favoured those for whom employment (rather than motherhood or other useful non-commercial activities) was the principal productive activity of their lives. Douglas promoted a ‘live to work’ philosophy; Muldoon’s philosophy was ‘work to live’. For people in their 60s in particular, retirement wasn’t the knackers yard; it was a chance to live. It was the point of all that work, paid and unpaid.

It was no coincidence that it was from the mid-1980s in New Zealand that inequality dramatically increased. The shift from higher taxes and universal benefits began in 1984 with Family Care – a targeted family benefit – and was pretty much complete in 1994 after the 1989 Reserve Bank Act, the 1991 Employment Contracts Act, the 1991 benefit cuts, the abolition of the universal family benefit, and the 1994 Fiscal Responsibility Act. New Zealand had moved onto a permanent plateau of high inequality. Young people in particular were cast to the vagaries of the business cycle.

Only New Zealand Superannuation survived as a universal benefit. And that was a near-run thing. After being degraded by Roger Douglas in the mid-1980s, it was only restored as a universal benefit by Jim Bolger in 1998, under pressure from Winston Peters. But only after Bolger had raised the age of entitlement. And only after the 60 percent top rate of income tax had well and truly bitten the dust (down to 33 percent, under Labour, in 1988).

The most prominent concern about New Zealand Superannuation is that it will mean that older people will take too great a piece of the future economic cake, especially in the event of a recession when the cake is shrinking. But that’s exactly the problem that will occur if older people are prevented or otherwise discouraged from retiring. It is not the taxes that pay for NZ Super that will impoverish the young. Rather it’s the wages in an employment-constrained future that will be disproportionately paid to those older persons who least need those wages; to those who will least spend their salaries.

In a world in which most people in their 60s are still in substantial paid employment – indeed the best paid jobs – the only way that the economy as a whole will retain traction will be through the overemployed 60-somethings lending their wages to the underemployed 20-somethings. This policy of Labour’s to raise the age of qualification for New Zealand Superannuation will, at best, aggravate the debt problem that our young adults already face.

And then, when the mainly white oldies get really old, we will expect the inexperienced, indebted and impoverished (yes, today’s victims of child poverty) young brown New Zealanders to take over, and provide high quality professional services to their grandparents’ generation, while practicing austerity for themselves. Fat chance! The 30-50 year-olds in 2030 are more likely to support the legalisation of euthanasia.

We cannot afford to impoverish and disaffect our young today by minimising their opportunities to become the productive citizens that we desperately need them to become.

Affordability is not about how much money a society or polity has hoarded or is hoarding. Affordability is about how many goods and services people are capable of producing at times when they need to be productive. The 2030s will be one of those times.