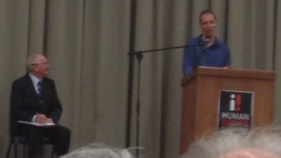 I regard it as privilege to chair this public meeting.

I have long had the greatest admiration for Nicky Hager’s work, and nothing I have read or heard in the media over the past week or so has caused me to revise my opinion. I am bound to say that this does not make me feel at all like a screaming left-wing conspiracy theorist.

No one denies that the media have a vital role in a democratic state. They aggressively lance political malpractice. Investigative journalism is the sharp point of that lance. Without it, those who purport to serve our interests and promote our well-being can all too easily become secretive, self serving and even corrupt.

If I were to say that those on the right of the political spectrum welcome and endorse the investigative journalism of Nicky Hager, you would shake your heads in disbelief and think that I had “lost the plot”.

But had I made that statement in 2002 when Nicky Hager published the Seeds of Distrust: The Story of a GE Cover-up, directed at Helen Clark and her Government, you would have had to nod your heads in agreement. No one on the right of the political spectrum then, it seems, thought that was smear campaign.

The very same investigative journalist has now published the book, Dirty Politics: How attack politics is poisoning New Zealand’s political environment, in a way a sequel to his earlier book, The Hollow Men: A Study in the Politics of Deception.

I have read Dirty Politics, and can testify that it is every bit as well-researched and objectively reported as the author’s previous work, including Seeds of Distrust.

One is left wondering if the allegation that the book is part of a smear campaign by the Left does not itself suggest a conspiratorial bent. The allegation, perhaps, has become the smear.

In short, Nick Hager’s credentials as a responsible and ethical investigative journalist are impeccable.

It has been suggested that I address the vexed question, a question Nicky Hager has himself confronted, whether Nicky Hager was justified in using the hacked or stolen material handed to him by his source. Hacking is not only a crime but an invasion of privacy.

I have given considerable thought to this issue. It is, of course, an ethical question. It is my hope that the question is capable of being approached and dealt with in a more measured way than has been the case with commentary in the media.

As a general rule the use of hacked or stolen material and the invasion of privacy is wrong. But few rights, if any, are absolute. Few, if any, principles are absolute. They must ultimately submit to the overriding public interest. The decision as to whether the public interest is to prevail necessarily falls to be determined by the individual who would publish the material. Because that individual has an interest in utilising the material, it is not disputed that he or she is under an obligation to act responsibly and ethically in arriving at their decision.

So, in this case it is a matter of balancing the principle that one should not utilise hacked or stolen material or invade a person’s privacy against the considerations that make up the public interest.

Having undertaken this exercise I am of the opinion that it is a case where the public interest prevails.

It is not good enough to say that all parties are doing it; that this is politics. Get used to it.

First, even if true such a claim does not make the use of a rogue blogger as part of a systematic and coordinated political strategy to denigrate, and possibly destroy, political opponents and critics acceptable. Two wrongs do not make a right.

Secondly, it is not true. All parties are not doing it. Briefing the media and leaking information, even adverse snippets about one’s opponents, is not of the same order as incorporating a vicious blogger in a systematic and coordinated campaign to denigrate and discredit people seen as “the enemy”. Political tricks are not the same thing as dirty political tricks. And politics is not the same as dirty politics.

In effect, absent the bullets, the Prime Minister’s office was hiring a hit man to do their dirty work.

And that is not in the public interest.

For these reasons I believe that the public interest had to prevail. Nicky Hager acted responsibly and ethically in using the emails that came into his possession to write this book. Indeed, I consider that it would have been remiss for him, both as a citizen and as an investigative journalist, not to have drawn them to the public’s attention and to have done so in the most effective way possible. 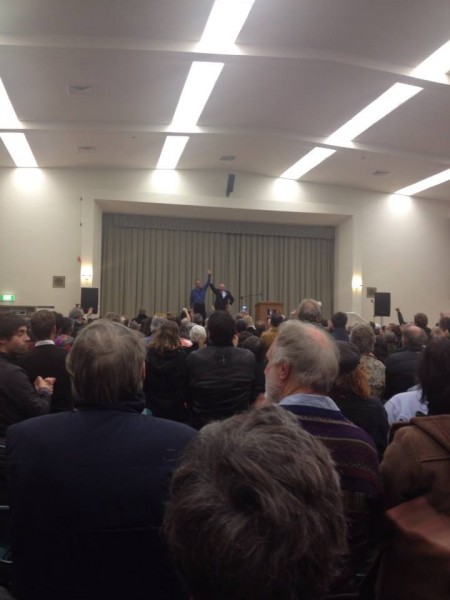 This was Sir Edmund Thomas’ address at the Nicky Hager Public meeting this week.