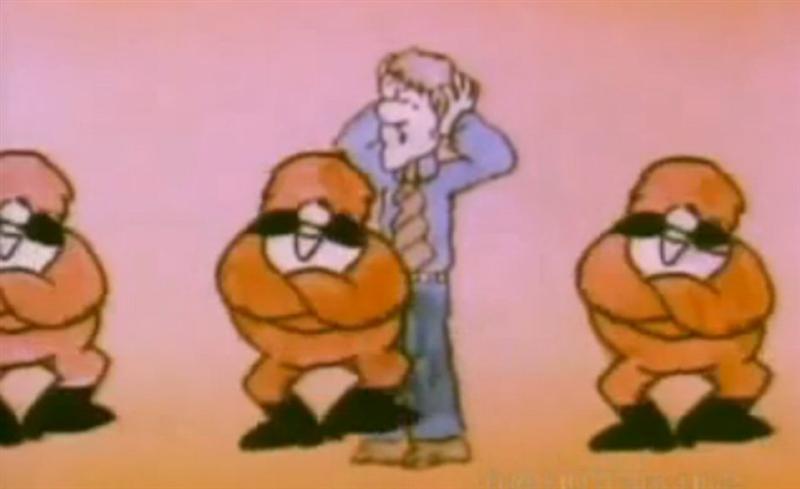 The content of the ads ranged in length from National’s stultifying quarter of an hour – to only a few minutes for the sprites – minor parties.

The following is my own personal round-up of what we saw;

Ok, I admit I’m not fan of either right wing parties and especially John Key, who I hold as one of the most dishonest and manipulative politicians since… whenever.

However, National’s ad had to be the worst in political history. I had already heard most of it in audio form on Radio NZ the previous evening, in my car, on the way home. I made it for about five minutes before switching off the radio and putting a CD on to play.

Note: I never turn Radio NZ off in the car. People who travel with me know the cardinal law of survival if they are to be a passenger; all stations are set to Radio NZ. There are no other radio stations. They do not exist. Do not touch the frequency knob – ever.

On Saturday evening, being the political junkie I am, I settled down; coffee; notebook; cat on lap; and a couple of other people to gauge their perceptions.

It was the same advert as the previous night’s RNZ broadcast. I could feel braincells withering under the onslaught of tedium. I lasted seven minutes. Then muted the TV and walked away. (I asked others to let me know when it was all over.)

It last for 15 minutes. Fifteen minutes of mostly Key sitting in a comfy chair (yes! the dreaded comfy chair!) replying to patsy questions from an off-screen mock-interviewer. He droned onnnnnn and onnnnn and onnnnnn… and so earnestly … and it was relentless… and by the gods, it was bad by any measure.

If Labour had broadcast that trash, it would be game-over. Cunliffe might as well email Key his concession speech and be done with it.

Now here’s the thing; as a political junkie, I’m interested in watching and listening to this kind of stuff. But I could barely last half-way through before leaving the room lest my head exploded like some scene out of Peter Jackson’s “Brain Dead“.

My guess is that the punters in Voter Land will have last two minutes, max. Then the TV would’ve switched off; changed channel; or put a DVD on.

I can only guess that whoever produced this unwatchable, painful garbage is in reality an operative for Kim Dotcom or the mysterious ‘Whale Dump’.

Now this, was a delight to see.  This was a slick piece of political advertising. Most importantly it obeyed the first commandment of TV broadcasting: thou shalt never, ever bore the viewer. (All other Commandments follow on from #1.)

The opening scene has David Cunliffe – not sitting in a padded comfy chair in suit and tie – but lugging electrical extension cords and some unidentified DIY handyman’s tool (it could’ve been an egg-beater for all I know), and heading into a community centre where Labour MPs and local folk were pitching in for a do-up of the building. Everyone was engaged; everyone was doing something. And intermittently, the MPs would talk policy to the ‘Ordinary Folk’, in reply to pre-set questions.

Aside from David Parker seemingly out of his element and a tad ill at ease, it was well done and succeeded in conveying the central theme; getting of our backsides and doing stuff.

(At the beginning of the National Party ad we saw people rowing – but Key and his ministers  were doing very little except sitting around in their suits, talking.  Probably planning the next leak of info to Cameron Slater’s blog.)

Whoever put the Labour Party ad together has not only earned their money – but I’d say they’ll be scoring a few more advertising contracts from new clients.

Same as for the Labour ad above – though it began somewhat jarringly with the lovely Metiria Turei popping out from the side of off-screen, David Seymour-style, and disconcertingly launching into a very exuberant speech. (Too much coffee that day, I wonder?)

The video was notable for putting across many of the Greens’ policies and touched upon wide sectors of New Zealand. There was even a well-made point regarding how National’s  Minister, Paula Bennett, had made full use of the Training Incentive Allowance to gain an education – and then scrapping it in 2009. Nice little reminder that National’s ostentatious claims for improving education and welfare services in this country are debatable – if not outright crap.

Russell Norman even managed to turn around the fact that he is an Aussie immigrant. (As long as we keep beating the Wallabies, I’m not terribly worried.)

Like the Internet Party, the Greens have an advantage over their opponents in have smart, savvy  young people as their leaders and candidates. Their policies are well-reasoned, costed, and make good sense.  The only criticism that right-wing opponents can usually come up with  is juvenile derision or name-calling.

Interesting though, how the Nats took on board Green Party policy for home insulation, eh?

Usual Peter Dunne stuff. Pretending to be an independent party, whilst off-screen he’s planning to join the next, Third Term, John Key-led government. (He’ll be waiting a long time.)

Still, the video was inoffensive. Unremarkable. Actually quite forgettable.

I’m fairly politically au fait with politics in this country.

Who/what/why is the “Focus Party”?

A staggeringly amateurish video (filmed on a hand-held smart-phone?), complete with echoing voice-over, spouting a mish-mash of policies that appear to have been lifted from ACT, Labour, National, NZ First, and Uncle Tom Cobbly. It appears to be a one-man band with one middle aged bloke fronting.

Ah, the good ole Aotearoa Legalise Cannabis Party. You can’t have an election without the ALCP. That would be just… rude. Like not sharing a joint with a good mate.

Actually, it was surprisingly well done, with a cross-range of people from Kiwi society. Considering how long the ALCP has been around, it would be disappointing if they hadn’t mastered the art of political advertising by now.

My fondest memory of the ALCP was during the 1996 General Election when candidates for the Rongotai electorate assembled at the Wellington Polytechnic, in Tasman St, Wellington, for a Q and A with students.

The other candidates, mercifully, did not give him a hard time. (It was the Kiwi way, back then. These days, the Nat candidate would’ve been on his phone to the Police and the ACT candidate would be having a conflict of ideology; obey the law or support a person’s individual right to use drugs or not, as well as date your own sister/brother.)

I score them low only because they’re a single-issue party.

This one caught us by surprise and it took a few seconds to realise it wasn’t part of the ad-break. Had to quickly un-mute the TV.

An animated video, featuring a Jetsons-style cartoon of a talking cats and couple of Kiwi kids in a future New Zealand. There was mention made of getting rid of spy agencies and making New Zealand a better place to live. (Presumably all Tories had been exiled to mine the Asteroid Belt for gold, silver, etc – a kind of SF libertarian frontier world. No government. No “social welfare bludgers. No oxygen either.)

It was quirky and never took itself too seriously. Definitely aimed for a younger demographic for whom a world of 21st Century technological marvels is as commonplace as VCRs and Vauxhall Victors were for me in the 1980s. The Jetson’s link would have brought a smile to many Baby Boomers.

Nicely done. Not pretentious. Short. Too the point. Entertaining.

Honestly, did Colin Craig not look at this video before it was released upon the unsuspecting public?

The video is set in a community hall; a crowd of people looking blankly at Colin Craig standing on a stage, as he gives a speech on binding referenda, yadda yadda…

The audience looked like they’d rather be elsewhere. One wag on Twitter suggested they were all dead.

Hint to advertisers: if a bought-and-paid audience doesn’t look remotely interested, why should we?

Cue scene of ACT-leader and philosopher-cum-wanna-be-capitalist, Jamie Whyte walking over a very green, well-manicured field with strange, bizarre statues in the back-ground. Cue Whyte’s Malian wife walking alongside with him. Subtext: “I’m not a racist because I have an African wife. So I’m entitled to play the ‘race card’ to win votes by promising to abolish the Maori seats. Come unto me, Redneck Voters of New Zealand”.)

A strange video, mostly a re-hash of past policies designed to make rich old white men eventually richer dead white men,  and keep the rest of us peasants where we belong. This was made more appropriate as the video was filmed on eccentric art-collector and multi-millionaire, Alan Gibb’s estate.

Whyte was continually “ticking” the air to endorse ACT policies.

Very clinical. Lacking in any warmth, humanity, or hint of a feeling of community. In essence, a vision of an ACT world.

ACT could have done better by using David Seymour’s previous video, which has gained a measure of notoriety for it’s quirkiness. At least it contained an element of humour.

Irony factor: 10/10 – ACT took taxpayer’s money to make these political advertisements. Did they send a cheque to the IRD to pay back monies received from the Electoral Commission?

Ex-NZ First MP, Brendan Horan’s vehicle, to return to Parliament. His chances of winning his electorate (Tauranga) is as likely as me waking up tomorrow and discovering I’ve under-gone a spontaneous sex-change through the night (very low).

What is it with waka-jumpers who feel they can cobble together a “party” and try to get back into Parliament for no reason other than, well, “I’m here anyway! Vote for me! Please..”

Ah, another “blast from the past” – and boy, didn’t the Social Crediters use their history to good advantage? Clips showing past MPs during the Muldoon era would’ve brought nostalgic memories from older Baby Boomers.

In fact, I recall it was the first political party I ever voted for. I was 21 and my first time voting. I didn’t have a clue. All I knew was I didn’t like Muldoon, and I was wary of the Labour (a result of being young, stupid, and hopelessly right wing).

Even though elections then were a two-party closed-shop, run under the erratic First Past the Post system, the Social Credit Party valiantly tried to break through. That year – in 1978 – they gained one MP  with 16% of the vote. The following election, Social Credit gained 20% of the vote – and a miserly two seats in Parliament. (By this time, I had matured and moved to the left, voting for Labour.)

The face of the Democrats for Social Credit is the personable and experienced Stephanie DeRuyter, and she hosted the video in a capable, professional manner. At best, the DSC offer a comfortable link to our recent past and institutional knowledge  – something which umpteen re-0rganisations and mass-redundancies in our civil service has resulted in a form of collective Alzheimer’s.

Still not voting for them.

Based on tonight’s electioneering material, I’d say the Left have their act together. The Right, on the other hand, are a shambles. (Honourable mention of David Seymour’s own effort to promote himself in Epsom.)

If the Nats win this election, it will be despite their election advertising, not because of it.