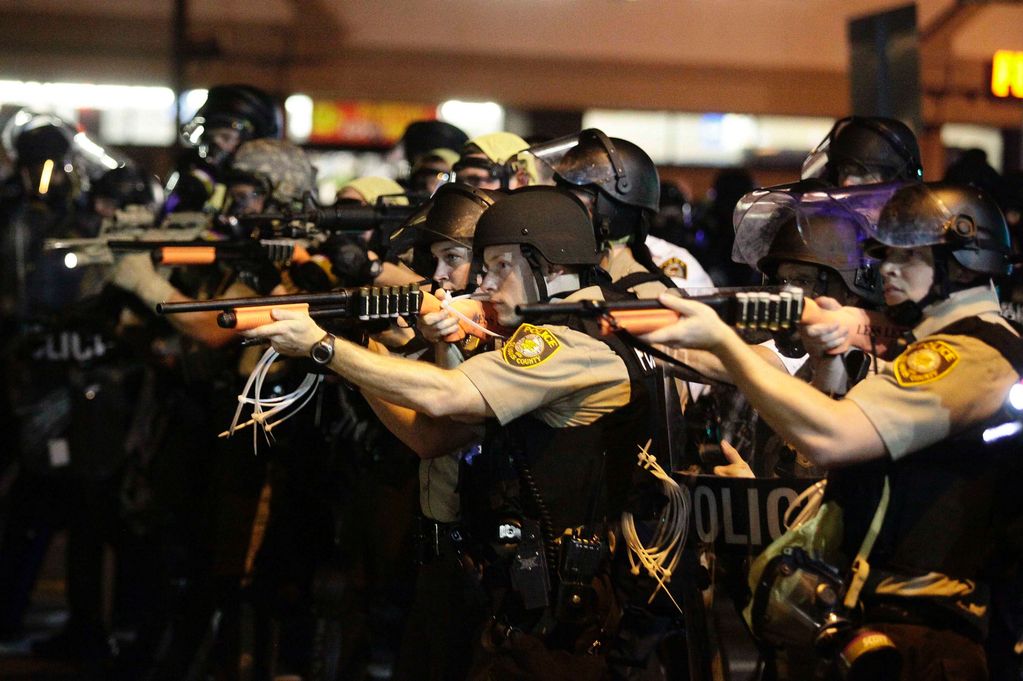 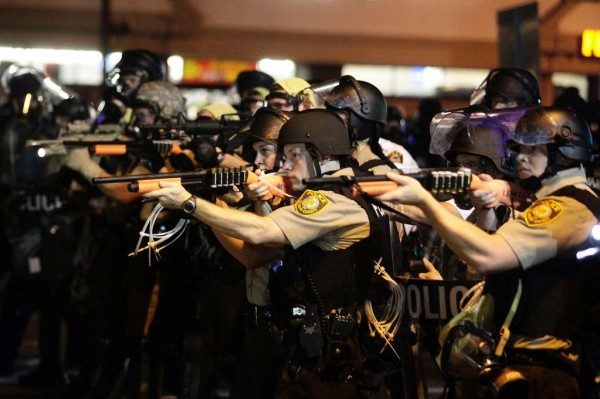 When a US cop pulls a gun on an unarmed man, he could be acting upon a series of impulses that have been formed since before he or she could talk. What does that police officer see in front of him? What prejudices are coming to mind when he or she responds?

The violence in Ferguson, MO is inexcusable. It is tragic. It should spark outrage and action across the USA every time it happens. And, it happens a lot. It took one man (@therealbanner) over 10 hours to tweet the names of all the people who were unjustly beaten by police forces in America. To explain the latest round of police brutality in my country, I believe we have to look a bit further back.

Americans are taught through a series of subtle and not so subtle cues that African-American lives are worth less than other lives. It begins at birth. In a system where adoptions cost thousands of dollars, African-American babies cost half the price of white babies to adopt. Or, as some adoption agencies have put it, “It’s supply and demand.” In the USA, people will pay twice as much to get a lighter skinned child.

Moving on to preschool, African-American students represent only 18% of preschool enrolment but are 42% of the students who get suspended. Yes, this means we kick toddlers out of preschool in America. It also means that by the time a child is 4 years old, he or she will have already experienced this discrimination in the school system. Toddlers are observant. They can look around and draw conclusions about what is happening in their environment.

The trend continues throughout the school years. African-American students are suspended or expelled from school at three times the rate of white students. While African-American students are only 16% of the US school population, they are almost a third of all school arrests. Imagine how impressions are formed based on seeing your peers get arrested at school. Students who are suspended or expelled are nearly three times as likely to end up in the juvenile justice system. This problem is so pervasive in the USA, it has earned the name the ‘school to prison pipeline’.

Nationwide, nearly 4 out of 10 African-American students do not graduate from high school. And, this is actually the best it has been in the past 50 years. This problem starts much earlier. By age 10 (after a few years of not being called on in the classroom), 4 out of 5 African-American children are not reading at the proficient level. These kids never catch up.

The cycle continues. Among African-American children whose fathers didn’t get a high school diploma, about 50 per cent will experience parental incarceration by age 14. This means, if your African-American dad didn’t graduate high school, you have a 50% chance of him going to prison by the time you turn 14. If you go live in or go to school in an African-American community, this means half your friends may have a parent in jail by their teenage years. The US prison population has spiked over 500 per cent over the past three decades. While being only 5 per cent of the world’s population, the USA hosts 25% of the world’s prison population.

It shouldn’t be a surprise to anyone, given the wide education and incarceration disparities, that during the last 50 years, African-Americans remained twice as likely as whites to be unemployed and earn less than two-thirds the income of whites. The median African-American income in my home town is $24,272, compared to $57,481 for whites. This is in part because less than 12 per cent of African Americans 25 years or older have a bachelor’s degree, compared to 45 per cent for whites.

I have learned better than to take any of these factors in isolation and attempt to draw major conclusions. Yet, I do think when looking at them together, you can see a pattern of discrimination. I cannot answer for you the questions about why this tragedy keeps repeating itself in America. But, watching the events unfolding in America right now might spark a different question. How colour-blind is the justice system in New Zealand?

Amnesty International has deployed a team of human rights observers to Ferguson, MO to monitor police activity, meet with officials and work with activists. The organization is calling for an investigation of Ferguson police tactics. You can follow along with their live reporting here: https://storify.com/amnestyonline/amnesty-in-ferguson