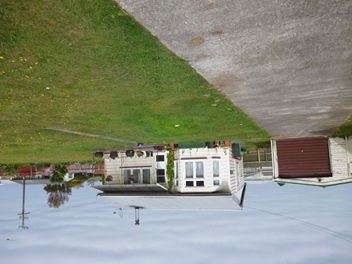 The debate about property prices in New Zealand is disingenuous. It is clear that there is a global process in which speculators are using massive amounts of unspent and borrowed money to blow bubbles in the world’s major asset markets. The biggest bubbles at present are in real estate in world cities. Auckland does qualify as a minor world city.

Asian speculators are neither more nor less of a problem than are global speculators with New Zealand passports. Global ‘investors’ wish to claim ever larger shares of the world’s economic cake, without actually consuming their shares. They want to make money for money’s sake. They are the flipside of global debt.

It was revealing watching a recent BBC Inside Out documentary – London’s Property Gamble (first broadcast 8 March 2014) – about Asian investment and speculation in the London property market. (Actual investment is when something new and good is created. An important London example of the former was the constructive redevelopment of the Battersea Power Station by a consortium of Malaysian investors. On the other hand, speculation is essentially the purchase of some property or claim that already exists, with the intention of reselling at a higher price. Much financial activity is a bit of both.)

Until a few years ago, Hong Kong was a favourite target of property speculators; especially Chinese speculators, given the geographical and political proximity of Hong Kong to China. While housing became prohibitively expensive in Hong Kong, many properties subject to speculation remained unoccupied, save a suitcase or two for use in shopping expeditions.

When Hong Kong introduced a ‘foreigner property tax’, much of the Hong Kong speculation moved to other cities, with London being especially prominent. The result is both a huge turnover of properties in London, and a substantial growth of dwellings left empty. Why bother tenanting apartments when you think you can make large leveraged gains without that responsibility? One commentator read the London market as a property bubble that has about three years to run. (That fits into my view last week that the next global financial crisis will take effect in 2017 or 2018.)

Auckland is a bit player in this very large global game. Auckland’s role is enhanced by views that the exchange rate of the New Zealand dollar is on a long-term upwards trajectory, thanks to both the ‘white gold’ dairy industry and to New Zealand’s internationally accommodating monetary policies. Money flows into New Zealand at a significantly faster rate than interest and profits flow out.

To a large extent, we may have to accept that these global forces are too great for us to fight, and the costs of such a fight may be greater than the benefits. Labour’s proposed capital gains tax may make little difference; worldwide, such taxes are generally ineffective at stemming speculation in property markets. Further, governments should adopt taxes either to gain revenue or to correct a problem, but not to do both at the same time. If we rely on tobacco taxes as a source of revenue, we will be reluctant to eliminate the smoking habit. If we rely on speculation taxes for revenue, we will need to sustain the speculative dynamic. A capital gains tax that seeks to stabilise the property market will be at its most effective if it earns zero revenue.

My proposal is to completely refocus. Whether we like it or not, the act of buying a residential property is almost always a speculative act, while, for some, it is also the acquisition of a dwelling. We should mentally separate the two. The dwelling market is in essence a rental market. (Owner‑occupiers are simultaneously landlords and tenants, and are recognised as landlords in the national accounts; their implicit rental income is part of a country’s gross domestic product [GDP].)

Housing policy should have the aim of ensuring that all New Zealand residents have somewhere affordable, convenient, secure and comfortable to live. That’s all. While getting onto the ‘property ladder’ may be a great thing for many individuals, facilitating the acquisition of financial assets is not really a matter for public policy.

We need a policy that enables the provision of good rental housing (including a housing warrant of fitness), that encourages responsible landlords, and that allows people in rented accommodation to contribute substantially to the formation of stable multi-class multi-cultural communities. The best communities exist, not on the basis of residents’ status as owner or tenant, but on high proportions of residents living close to their places of work or study, and high proportions of residents living in those communities for five years or more.

What undermines communities is landlords realising their capital gains, and obliging their tenants to shift house every couple of years. Landlords should be investors, not speculators. The nationality or ethnicity of the landlord is incidental. Owners’ returns should be principally in the form of rents received, and not unrealised or realised capital gains. Then property values would reflect the rental market, and not seek to drive that market.

Rather than adopt a capital gains tax, or a land tax, I propose a tax on empty or underutilised properties. There are pitfalls. A bathroom tax would encourage people to build big houses with a single large bathroom. A window tax would lead to gloom if not doom.

My idea is in essence an empty bedroom tax, but would not be a bedroom tax as such.

The principal target of the under-occupation tax would be empty properties. Owners of empty properties not undergoing appropriate renovations could be subject to a central government tax equal in value to the rates payable on that property. (This could apply to all idle real estate, noting that land maintained for conservation purposes would be exempted.)

A formula based principally on the floor-space of the property and the size of the section it sits on would determine if a dwelling is equivalent to, say, a four-bedroom house. Such a dwelling would be subject to a partial or full ’empty property tax’ if two or fewer people live there. There could be time exemptions for, for example, recently deceased persons, flatmates leaving, or older children leaving to lead independent lives.

A bit of bureaucracy would be required. But we already need IRD numbers from birth, and we register our addresses with the electoral commission. I would like to see an IRD which deals with all customers strictly as individuals (they should not need to know about our relationships; only Work and Income clients should have to divulge information about partners), but which does maintain a record of clients’ residential addresses. Also, all property owners should be registered as such with IRD, and should declare the number of people who reside at each property, along with their declaration of their incomes. Where no residents are declared, then the entire empty property tax would be levied.

The principal aim of such a tax would not be to raise revenue for the government. Rather it would be to create incentives to use housing efficiently, and to construct smaller comfortable homes and apartments, and fewer mansions. However, given that our richest property owners are often older and live in larger houses, this may be a useful alternative to having a special top rate of income tax at 40 percent (or higher), such as that advocated by the Green Party. Indeed, an under-occupancy tax may create both correct inefficiencies in the rental market, and serve as a modest wealth tax.

(I strongly favour income tax on basic income flat tax principles; it’s much more efficient than having special top rates for the marginal earnings of our highest few percent of income earners.)

It is our social responsibility to provide incentives for the efficient use of our land and housing resources. We don’t need to worry about who owns our properties, and how much they paid for them. But we do want them to look after their properties, or sell them to someone who will. Above all, we want good landlords, good stewards of our land. (Better a good foreign landlord than a bad New Zealand citizen as landlord.)

We can use the tax system to create these incentives. Owners would be allowed to leave their properties empty or under-occupied. Rich retired couples would be able to stay living in their mansions. However they would pay for such privileges, by paying, at most, a second set of rates, this time to the government.

Overseas money would still come into Auckland’s property market, either directly through foreign investors or speculators, or through our banks issuing overseas bonds or borrowing from parent or correspondent banks. But the scale of such speculation would be tempered through the imposition of an under-occupancy tax. Our foreign and not-so-foreign landlords would be tempted to supply stable dwelling services to New Zealand residents in return for a steady rental income, rather than playing the property market as source of expensive thrills.