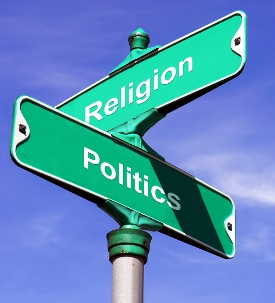 In a week which has seen our collective focus shift to those who see politics as a great game to be manipulated for their own ends, it is timely to reflect on the fact that many people are in fact still engaged in the system because of genuinely held values. A recent series of papers entitled the “Gospel Manifesto 2014” is a helpful starting point for those of us engaged in progressive politics whose values are shaped by a Christian faith.

This is a vexed area. For many on the left, there are legitimate reasons to be suspicious of those who carry a faith with them as a part of their political identity. There is of course a deep and unpleasant history of the church sanctioning intolerance and persecution of certain groups in society, most notably the LGBT community. As a general principle most on the left also hold that the state and its institutions ought to be secular, and neutral on matters of personal belief. And finally, there is a deep uneasiness about the way that faith has been used and abused as a political tool, particularly by the religious right.

All of these concerns are rooted in reality, and it’s up to those of us whose political identities are shaped by faith to show that there can and should be space in the modern progressive movement for an open and tolerant faith perspective. While our political and civic institutions should remain secular and neutral, there needs to be space for authentic voices from different faith and cultural traditions if we want to connect with the many citizens who themselves hold those values.

The Gospel Manifesto brings together an impressive array of researchers and hands-on ‘doers, including; Susan St John, Mike O’Brien, and Kim Workman to draw the links between core gospel values, and some of the issues of justice we face in Aotearoa/New Zealand today. For example, Mike O’Brien’s piece ‘Providing for all children’ provides a gospel narrative to support a concerted focus on the needs of children in our political dialogue:

“Matthew’s Gospel records Jesus saying the children should be allowed to come to him and not be hindered from doing so. In this, and other contexts, children were to be given a special and promoted place in the society in which they lived. Here then lies the genesis for reflecting on how well we provide (or fail to provide) for children and their needs in contemporary society. While New Zealand does well in providing for many of its children, there are far too many for whom our care and provision is woefully inadequate”

This particular narrative doesn’t need to take the place of all of the other sound moral and practical reasons for addressing child poverty, but reaching out to people of faith with relevant language and themes is an important part of building a national consensus around this and other issues of justice. It can be done. Already the Living Wage campaign has seen faith groups join a coalition of unions and community to build one of the more effective movements for social justice we have seen in recent years.

My own faith speaks to the equality of all people, the sacredness of the earth that we live on, the importance of just structures, and our call as human beings to live together in community. For others the slant is different, and people with secular belief systems can hold moral convictions just as strong and valid. The labour movement has always been at its strongest when we draw on the strengths of everyone in our coalition, and people of faith have often made critical contributions – think of the radical preacher Keir Hardy raging for justice, the quiet ‘applied Christianity’ of our First Labour Government, or the Hikoi of Hope in 1998 signalling the terminal decline of the Shipley government.

Just as there was a role for progressive people of faith at those points of our history, so too is there today. With 280,000 children living in poverty, the most basic of human needs such as adequate food and housing going unmet, and a foul political culture of revenge and persecution in the halls of power, we must present our values and our argument for change with real moral conviction.