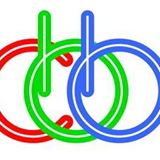 The Nicky Hager book is mind blowing on so many levels. The revelations of government ministers and their staff colluding with vile and hateful schemers to attack other people, is truly ugly.

When the dust settles on the illegalities, immoralities and indignities exposed in Dirty Politics, what is actually more important is the fact that Slater, Ede, Lusk, Farrar and Collins et al successfully exploited NZ’s mainstream media. They succeeded because our media is weak, under funded, highly competitive and almost entirely commercial. Ratings count, headlines are everything and delivering maximum eyeballs and eardrums to advertising is the ultimate goal. Democracy, public good, integrity, natural justice, ethics, humanity are less important.

As Nicky Hager says himself in summing up his book…

“The problem is not the journalists. The problem is commercialised news and repeated cuts to newsroom staff. Without serious action, it will only get worse. A change is needed so that quality news is recognised as an essential public good and publicly funded like other essential services. The most hopeful option is a dramatic increase in long-term public funding and statutory independence for non-commercial television, radio and (perhaps eventually) printed news media.”

We couldn’t have put it better ourselves. Creating strong non-commercial media is the long term fight that will wipe out the power of bloggers like Slater and Farrar, neutralise the anti-democratic influence of Crosby Textor and its NZ acolytes, and put an end to the attack politics as practised by parts of the current administration.

This is one of the main reasons the Coalition for Better Broadcasting was established in the first place – to improve NZ’s media for the benefit of all New Zealanders, our public discussion and our democracy.