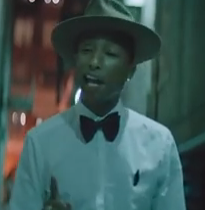 Something is rotten in our politics and it stinks. Dirty politics has sadly become one of the defining features of this election campaign. In the light of recent revelations about the extent of nasty and disingenuous political strategies, it would be the worst outcome for the public to disengage. This isn’t a blog post about Dirty Politics’ revelations, the influence of money on politics, angry chants or the sad anti-Semitic themes on defaced billboards: it’s a blog post about what we can do about it.Alexis de Tocqueville is often misquoted as saying the people get the government they deserve – but that is not true. No one deserves the smears, the hate, the anti-democratic behaviour we have seen lately. Slater has said “Politics is a nasty despicable game and its played by nasty despicable people” but in my five years in Parliament and engaging meaningfully with MPs from all sides, I believe the vast, vast majority of MPs are good people who simply want to make a difference. I know that there will be be MPs from both sides of the house that are hanging their heads in disbelief that the hard, honest and genuine work they do everyday has been dragged into such disrepute. I believe the public and our politicians want to be see a higher standard.In my travels around the country campaigning for the youth vote for the Greens I hear a consistent message from young Kiwis – they don’t identify with the old-fashioned win-whatever-the-costs tribalism and are turned off by the petty personal attacks and pointless point scoring. Tune into any parliamentary Question Time or read Hagar’s book and you can see why we are steering down the barrel of another historic low electoral turnout. It’s time politicians showed leadership and took responsibility. The public is demanding it.Politics can be competitive, it can be messy but I utterly reject Slater’s assertion that “Politics is a nasty despicable game and its played by nasty despicable people.” I also dispute the notion politics is always dirty, always has been and always will be. Politics is a battle of ideas, values and ultimately in a democracy, the collective power of the group to determine a course of action. It doesn’t have to be negative: it can be empowering, uplifting and positive. That’s why this election the Green ‘s campaign slogan isn’t ‘National Sucks’, it’s Love NZ.What can we do about it? Firstly Kiwis should demand a higher standard and use their vote to enforce it. Politicians should realise there are no dirty-trick-shortcuts to electoral success and debate their policies with passion and vigour and not in personal smears. We do need an independent investigation into Hagar’s allegations and the Greens have called for a number of agencies from the Police to the Privacy Commissioner to undertake inquiries.I know the Greens often come across as holier than though but our solutions, pushed for an awfully long time in areas like fundraising reform, greater political transparency, better public broadcasting, disclosure of lobbyists and a Parliamentary Code of Conduct sure do sound reasonable in these dirty politics times we find ourselves in. Disempowering dirty politics isn’t a force of nature we can’t control or a basic principle of politics; it’s a choice, a trap we’ve fallen into as a parliament, a media and a public but one we can get out of. Nicky Hagar has done the country a great service. It is said sunlight is the best disinfectant and by opening a public debate on dirty politics we can discuss it, set new boundaries and clean up our democracy.Voters this September should remember they have the power and should demand clean politics.