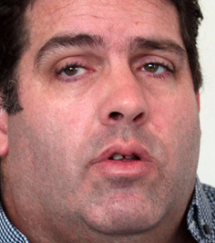 As the media storm over Nicky Hager’s book, “Dirty Politics“,  and allegations over smear campaigns continue to swirl,  National’s spin doctors have given Key, Collins, and other National Party ministers a string of  phrases to use in all media interviews. The phrases are,

When confronted with specific allegations, as with Guyon Espiner interviewing Key on ‘Morning Report’ (18 August), Key simply refused to engage and veered of on a side-issue or responded with , “I don’t have details on that”.

At no stage does Key or his ministers take responsibility. For anything. If anything is “dissolving”, it is Key’s much vaunted reputation for “transparency” and “high ministerial standards“.

Key and Collins have been instructed by their taxpayer-funded media minders  not to respond to specific issues raised by Nicky Hager, and instead keep the discussion generalised and vague. At that point, Key and Collins can respond with a general statement of “Nicky Hager’s unproven allegations“.

Recently, some in National have tried a new tactic – painting themselves as the “victims” of so-called “dirty tricks”. The new strategy  began on 15 August, with National’s pollster and party apparatchik, David Farrar, making this extraordinary claim on his own blog;

I’ve either been hacked or spied on

I started reading more fully the Nicky Hager book yesterday, and the footnotes in the book. To my shock I realised that Hager had info in the book that could not have come from the hacking of Cameron Slater, but could only have come from my computer, my apartment or my office.

Specifically he refers to copies of two scripts used by my company, Curia Research, this year. There is absolutely no way they could have come from Cameron Slater’s computer systems, as Cameron doesn’t have them. No one has them but me and my office.

I thought about how this could have happened. The two most likely scenarios are that my computer systems have also been hacked, or that someone physically removed the scripts from my office (or possibly apartment). All of these scenarios make me feel sick, and make me worry about the security of the 100+ staff working for me.

Some of the material is very recent – from June 2014 – just two months ago. I think the most likely thing is that someone joined the staff (we recruit often) with the purpose of acquiring material from my office. There’s no evidence of a break in, and I tend to keep my computer systems fairly secure.

I am sure the official explanation will be that the scripts just turned up in an envelope somewhere, and they have no idea how they got there. I think that is bullshit. Most of my staff are young students, who I can’t imagine would suddenly decide to send a copy of my scripts to Nicky Hager in the post.

I consider this outrageous, just as I hope people would if someone from the right infiltrated the offices of the Labour Party pollsters, to steal their material.

There is no public interest defence to the stealing of the material belonging to my clients. There was nothing sinister or inappropriate in it.  In fact one of the scripts detailed in the book is of some questions we did for Family First, who published the results on their website, including the full questions. But I know Hager has a copy of the script as he has quoted the question numbers, which are not included in the published results.

I do not accept that because I am a blogger, and my company has National as a client, it makes it all right for me to be hacked or spied on, and material stolen from me.

This neat bit of propaganda aimed for two objectives

A day later, interviewed on TV3, Cameron Slater told the world he had been the subject of death threats and  the victim of a hate campaign himself;

I’ve covered Slater’s claims in a previous blogpost, and raise questions about the truthfulness of those so-called “death-threats”.

A day later, on 17 August, Farrar repeated his belief that someone was spying on him;

But if you were tape recording my phone when I worked out that someone had planted a spy into my office (and one that appears to still have been there maybe just three weeks ago), then you would have heard me swearing and promising bloody retribution.

On the same day, the Herald ran a series of stories – all with one central theme, that National ministers, MPs, and even Slater were the “victims” of some secret conspiracy;

Internet mogul Kim Dotcom has denied another accusation by Whale Oil blogger Cameron Slater that he was responsible for hacking Slater’s blog website earlier this year.

“We all know by now that I had my emails hacked in February,” Slater posted this afternoon.

“We also know that David Farrar has had his intellectual property stolen, and that Mark Mitchell had his personal emails hacked and his office broken into.

“What I can also now reveal is that Tony Lentino, the businessman who formerly financially supported Kim Dotcom also had his office broken into.

“On top of that Travis who works for the blog was also hacked along with another media person who has been a vocal critic of Kim Dotcom.

“Until now we haven’t had the proof, only a bunch of dots to join but we now have the complete picture.”

“It seemed a very odd thing at the time and I presume that someone may have been interested in the information that was on that laptop” Ms Collins said.

In response to Herald on Sunday inquiries, Mitchell confirmed:

• His parliamentary office in Wellington was broken into on September 16 last year. Police investigated and swept the office for bugs but none was found.

• His Rodney constituency office in Orewa was broken into in early October and a laptop and two phones were taken. Police investigated but no arrests have been made.

• His personal email was hacked.

Now, call me a sceptic, and perish the thought that politicians are even remotely capable of lying… but… yeaaaah, nah.

All of this is just way to convenient to be happening now.  Let’s cut to the chase and call it what it is; this is tin-foil hat stuff. In effect, the Nats are suggesting that a Vast Left-wing Conspiracy (VLC) of operatives trained in break-ins; bugging; tapping; etc, are conducting a covert programme of intel-gathering against National.

And Labour, no doubt is part of this VLC?

Is that the same Labour party?

Well, I have a few questions myself…

More important though is that access to Parliament and it’s inner offices is strictly controlled.

First, a visitor has to proceed through security at all main doors, where everyone is screened via metal-detectors.

Access to offices is permitted via swipe-cards, and is monitored by Parliamentary Services – as Fairfax media journalist Andrea Vance found out the hard way, last year;

If Mitchell’s office was “broken into”, the culprit(s) had to make their way past security; through metal detectors; past National Party staffers;  through coridor and office doors. and past his secretary – all  controlled by swipe cards.

I don’t think so.

It all seems  too… convenient.

Ironically, our esteemed Dear Leader – who has “never been caught out bending the truth or outright lying” – is accusing investigative journalist Nicky Hager of  being a “conspiracy theorist”.

The only conspiracy theorising appears to be emanating from National’s inner hierarchy.

There is simply no Vast Left-wing Conspiracy. (If there is, I have yet to receive my invitation.)

And of course we know the close relationship between Judith Collins and Cameron Slater.

Were there really any break ins?

Kiwiblog: I’ve either been hacked or spied on

The Standard: Was a crime committed when Slater accessed Labour’s computer system?

Pundit: Dirty Politics: The battle of the metaphors

Pundit: The politics of vilification

Porcupine Farm: Why My Next Printer Will Be An Epson

The Jackal: Nicky Hager – Hero of the Week

The Jackal: National’s death by association