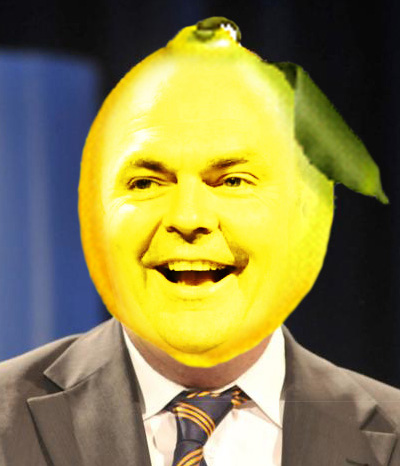 A group of 30 students attended an event on Tuesday evening about ‘the future of tertiary education’ at which the Minister of Tertiary Education Steven Joyce was slated to speak. As Joyce began to speak, the students interrupted with a speech of their own:

It is not without some sadness that we speak to you today. This is a sadness linked directly to the man standing before us this evening, and it is a sadness tinged with anger. For the better part of five years Mr. Steven Joyce has been engaged in a relentless attack on the institution of the university, in all of its forms. In ways we will detail, he has continued to make a university education untenable for more and more would-be students. The fact that he feels comfortable showing his face within the very institution he is destroying is an issue that needs addressing.Since Steven Joyce became Tertiary Education minister we have seen fees increase by 4% every year, allowances for postgraduate students cut, and student loan repayment rates increase from 10% to 12%. Since 2009 annual government spending on student loans and allowances has fallen by $400 million. When adjusted for inflation over the same period, the fall in funding is close to 40%. The impact of these changes has been severe — the University of Auckland’s postgraduate enrolment decreased by 7.1% in the 2013 intake. The current government has made it impossible for people from lower income backgrounds to enter higher education. Excluding marginalised peoples from the benefits of higher education wastes potential. It keeps the rich wealthy and the poor in poverty.Crippling levels of indebtedness encourage students to think of themselves as investors and to prioritise degrees seen to offer ‘high returns’. The university has changed from a place of learning, critical discussion, and conscience to a degree factory that is heavily dependent on corporate investment and high student fees. We reject this model of society that functions by way of the blind rule of profit. We reject this vision of humanity that is without self-reflection and without common ends other than those that benefit a handful of self-interested, animalistic capitalists, spouted through the mouths of grovelling functionaries like Steven Joyce!What is more, Joyce is planning on taking further power away from staff and students by making changes to university councils. Under a proposed change by the current government, university and wānanga councils will be reduced in size from 20 members to 12 members, 3-4 of whom must be appointed by the Minister of Tertiary Education. Most frustratingly, our hard-fought for student representation will no longer be mandatory. This is an erosion of student democracy and self-governance and it places more power in the hands of central government. We believe that the university should be run by those who make it up – students, staff, and the community.The insidious restructuring of the university is motivated by the desire to allocate higher pay to those in top managerial positions. There is no regard for the fact that administrative and academic staff are being burdened with precarious working conditions while cleaners and other support staff are not paid a living wage or given secure working hours. This fosters an ethos of fear and passivity among staff and is designed to discourage organised resistance. Especially relevant is the university management’s current unprecedented redundancy campaign, the Faculty Administrative Review (FAR), which will cut over 100 administrative jobs under the pretence of efficiency. The effects of this will not lead to a more efficient university. In fact, these changes fundamentally undermine the role of the university as the ‘critic and conscience of society.’Students are becoming increasingly frustrated that the very people making hundreds of millions of dollars of cuts to tertiary education benefited from a fully funded degree. So what’s the alternative to this austerity? We know that fully-funded, fee-free tertiary education is entirely possible. New Zealand universities collect approximately $900 million in domestic tuition fees, requiring students to take out around $1.1 billion in student loan debt. It would cost approximately half of the $2 billion per year tax cut that John Key gave to the top income earners. If countries like Argentina, Uruguay, Sri Lanka, Ireland, Scotland, Norway and Denmark can do it, so can we. It shouldn’t be considered radical to call for dignity for workers, a vibrant student democracy, and fully funded education.We refuse to dutifully ‘keep our heads down,’ as Mr Joyce recommends us to do. As long as this situation persists, we will continue to organise in ways that are more and more disruptive, involving more and more people, in order to build a counter-power directed against the root causes of the problem. The alternative to student austerity is us. We are the university and we are the opposition. We will act in this role until our goals have been realised. Fully funded and fee-free tertiary education is possible. We will not relent until it is a reality.

Reclaim UoA is a student activist group at the University of Auckland. It’s main areas of concern are rising student debt, commercialisation of education and the lack of student democracy on campus.