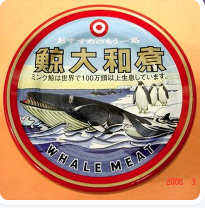 Dirty Politics is now creating a meltdown and National are in danger of a total vote collapse.

The real threat for National was if Nicky had all the emails released via the anonymous hacker who took them. That danger is now a reality with Whaledump.

What many have forgotten in their attacks on Nicky Hager is that he is a highly principled journalist and one of our best investigative reporters and his ethical standards are FAR higher than many others and as such he has not released the dirty nasty stuff that Slater and Co have said.

The anonymous hacker who has taken all of Cam’s emails however is not so discerning and I wonder what will happen to the popular vote for National when they hear what Slater and Co really think and have to say.

I think things are going to go from bad to worse for National in a very short period of time. Look at Guyon’s interview this morning, Matthew Hooton’s damning attack Key on 9-noon, Marcus Lush’s attack on Key and Rachel Smalley’s attack.

The tide of media opinion is quickly turning as pundits read the book themselves and are horrified and furious at what has been written.

National are in meltdown, they just don’t know it yet. Who had any idea that whaleoil is so corrosive to teflon?

PS – I love that the address is the Ecuadorian embassy in London where Wikileaks founder Julian Assange is living. Nice touch. Classy.