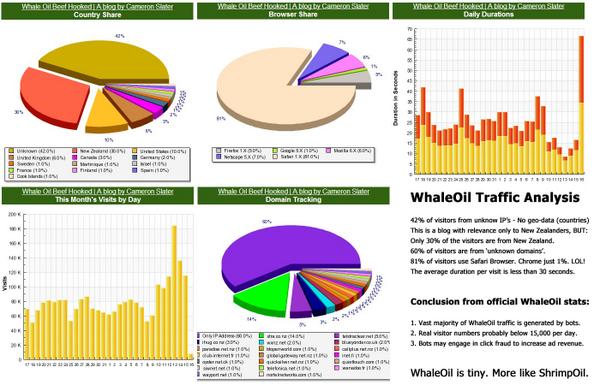 …it looks like it’s all a farce with pumped up stats and bots running most of the actual traffic. It looks like many corporate are secretly paying Slater for nothing more than a bloated illusion.

Seeing as everything else Slater seems to do on his site is a tournament of lies and twisted manipulations, that he would game his own site to pump up traffic isn’t difficult to believe.