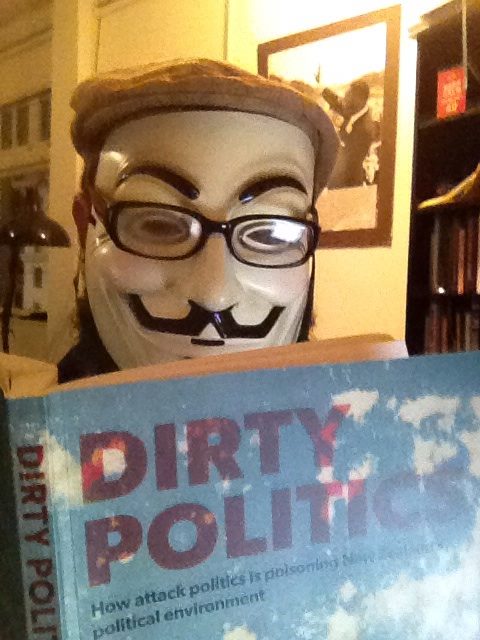 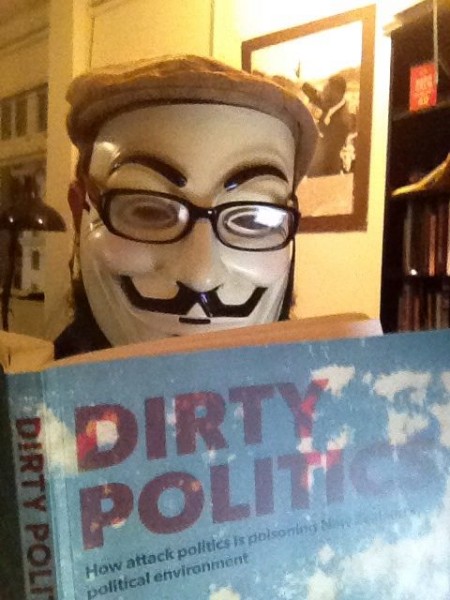 The beauty of Hager’s book is that there are so many horrific awful and insidious highlights, it’s difficult to know what to focus on next.

Odgers, a Hong Kong-based tax consultant, said in the email the material Hager was dealing with involved tens of thousands of rich Chinese.

“It would be a disaster if they all knew where he [Hager] lived. He may even need police protection”, she wrote. “Those Chinese can be very vicious when they lose face … Chop chop for Nicky.”

Slater responded, Hager claims in his book, and the latter’s addresses were subsequently published in a post on Whale Oil under Slater’s name but which Odgers yesterday confirmed she wrote.

I threw up into my mouth a little bit when I read this in the book. How fucking horrific is this? They published Hager’s address in the hope a Chinese Billionaire rorting tax havens would take matters into their own hands and ‘chop chop’ Nicky.

Here is the email from the book… 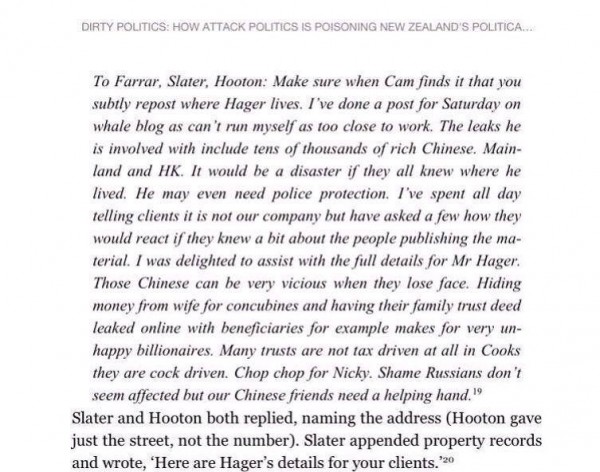 Slater has responded by now claiming he is facing death threats, but seeing the true venal hatred this guy spews, it’s hard to know if he isn’t setting the death threats up himself or if they are real. That’s the problem now, anything Slater says will be seen about as credible as the US claiming weapons of mass destruction for invasion purposes.  We know Farrar tried to steal oxygen by doing a song and dance routine about him being ‘invaded‘ and that turned out to be joke because it was a staff member who tipped Hager off, it wasn’t a computer hacking or home invasion and I suspect Slater is trying the same game now to divert actual scrutiny of what he and his hateful associates have been up to.

Let’s be clear, no one deserves death threats, but Slater is now outed as the Wolf that cries boy, and all attempts to justify his actions by pointing to the angry reaction that has occurred because he has been outed simply don’t wash and quite frankly are open to a level of scepticism. IF death threats have been made, those people need to be contacted by the Police, but  if it’s just another two faced deception and manipulation of the truth, then Slater deserves even more contempt.

They openly discussed publishing Hager’s address in the hope he would be hurt and then published it, how cretinous and despicable are these people?