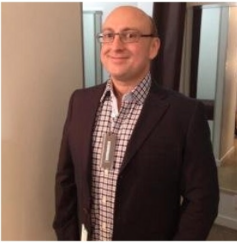 To quote in cut-and-pastable text;

“For reasons I’ll make clear tomorrow, but should not be hard to guess, I need to do a security check of my home and office. I need to check for bugs, implanted software and the like.

Does anyone know of a good but reasonably priced firm that can both check for physical bugs, but also check laptops, computers, phones etc for any electronic nasties?

I’m rather sad and angry that I have to do this, but it seems it is necessary.” – David Farrar, Facebook, 14 August 2014

True to his word, Farrar today (15 August) made a post on Kiwiblog ourlining his “fears/suspicions” that his computer/home/workplace/etc has been bugged or documents stolen.

“I started reading more fully the Nicky Hager book yesterday, and the footnotes in the book. To my shock I realised that Hager had info in the book that could not have come from the hacking of Cameron Slater, but could only have come from my computer, my apartment or my office.”

He then goes on with a paranoid spiel that would invoke full approval from the tin-foil-hat wearing community;

“Specifically he refers to copies of two scripts used by my company, Curia Research, this year. There is absolutely no way they could have come from Cameron Slater’s computer systems, as Cameron doesn’t have them. No one has them but me and my office.

I thought about how this could have happened. The two most likely scenarios are that my computer systems have also been hacked, or that someone physically removed the scripts from my office (or possibly apartment). All of these scenarios make me feel sick, and make me worry about the security of the 100+ staff working for me.

Some of the material is very recent – from June 2014 – just two months ago. I think the most likely thing is that someone joined the staff (we recruit often) with the purpose of acquiring material from my office. There’s no evidence of a break in, and I tend to keep my computer systems fairly secure.”

With “100+ staff working” for Farrar, he seems oblivious to the obvious suggestion;

“I am sure the official explanation will be that the scripts just turned up in an envelope somewhere, and they have no idea how they got there. I think that is bullshit. Most of my staff are young students, who I can’t imagine would suddenly decide to send a copy of my scripts to Nicky Hager in the post.”

Oh, of course no one out of “100+” young people would possibly be politically motivated to leak anything.

Oh, of course this is not a small country where we are only two degrees removed from everyone else.

Farrar then indulged in a bit of “poor me” lamentation/wailing/gnashing of teeth;

“My gut reaction last night was to give up politics, if it means that I am going to have to worry about spies infiltrating my company, my communications being hacked, people recording private conversations with me. I regard my family, friends and loved ones as far more important to me, than my involvement in politics. But I’m not going to do that in haste.”

No, Mr Farrar, please don’t give up politics. Aside from being one of the saner (*cough*) voices from the Right, you amuse us.

However – and here’s the ‘rub’ – when Farrar claims that his physical addresses have been broken into;

“Instead with huge regret I’m going to have to stop being so trusting. I’m going to have to pay what will be possibly a fair bit of money to check my apartment, my office and my computer systems for anything that shouldn’t be there. While my assumption is that the scripts came from someone who had physical access to my office, I can’t be sure.”

– I am reminded of this blogpost he made on 8 March 2012, which I re-post verbatim and in full;

Got sent a copy of some software which turns your webcam into a home security camera. The designer is actually a Kiwiblog reader.

The software is Spycam-Watcher. It works with around 50 different brands of webcams, including the built in one on my Sony Vaio. It would take up a lot of space to be recording all the time, but you can use motion detection, have it send you an e-mail with a frame shot, and can even have a virtual tripwire where for example you aim your computer camera at your driveway, draw a “tripwire” line across the image on your screen, and it will alert you when any vehicle crosses the line and start recording.

It costs only US$30, but for just an additional $5 you can get a remote interface from your iPad or iPhone. Yes, you can view your home camera from anywhere in the world if the motion detector is set off. you can turn it on and off, and can view video already made. It’s simple as pie to use also.

I think it a seriously good system, Kiwi made, and really affordable. As someone who travels a lot I’ll be having it installed on one of my old laptops, so it can monitor my door.

All it really needs is the extra option of firing a taser at intruders.

Now aside from the illegal nature of using weapons against human beings, Farrar himself tells us that “ I’ll be having it installed on one of my old laptops, so it can monitor my door“.

In which case, how could anyone have entered his home or office?

And if Farrar is as knowledgeable about security as he makes out, where is his security for his devices?

Has he asked any of his “100+” staff? Or has he – by the sounds of it – smeared all one hundred of them with this very public allegation of insider theft/hacking?

Not exactly good employer-staff relations, one would think?

More likely, David Farrar’s claims are based on nothing and this is a pitiful attempt at generating a counter-story to the sensational headlines driven by Hager’s book, “Dirty Politics“.

In which case, he is exploiting his “100+” staff for political purposes.

Will the media pick up on it?

Kiwiblog: I’ve either been hacked or spied on

When Stupid meets Hypocrisy, the result is David Farrar