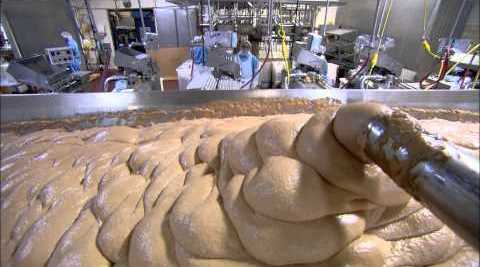 IT WAS THE GERMAN CHANCELLOR, Otto von Bismarck, who warned his countrymen that “laws are like sausages, it is better not to see them being made.” The same could be said for democratic politics generally. That democracy, like a good sausage, is a wonderful thing, but you really do not want to know what goes into it.

With this in mind, it is tempting to take Nicky Hager to task for grabbing us all by the scruff of our necks and dragging us into the sausage factory. This is especially so when we consider the observations of right-wing political fixer, Simon Lusk, who Hager quotes in the first chapter of in his book Dirty Politics: How Attack Politics is Poisoning New Zealand’s Political Environment.

In an e-mail to Hager about negative campaigning Lusk writes: “The are a few basic propositions with negative campaigning that are worth knowing about. It lowers turnout, favours right more than left as the right continue to turn out, and drives away the independents. Voting then becomes more partisan.”

If Lusk is correct then the publication of Dirty Politics could have the perverse outcome of suppressing the vote of those disgusted and demoralised by Hager’s revelations while ensuring the maximum turnout possible by voters sympathetic to John Key and the National Party.

It is certainly possible to infer from the response-lines agreed upon by Key and his allies that this is precisely the outcome they are seeking. It is presumably the reason for their constant reiteration of the idea that Hager’s revelations are nothing new, or even very remarkable, given that it has always been thus in the deeply compromised world of politics and politicians. This idea of the ubiquity of political evil is reinforced by TeamKey’s insistence that Hager’s behaviour is morally indistinguishable from that of the dark anti-hero of Dirty Politics, the blogger Cameron Slater. The sub-text here is simple: No one in politics has clean hands – even Hager. After all, his book could not have been written had the very same sort of hacking and privacy breaches which he so roundly condemns when practiced by the Right not supplied him with an information treasure-trove that was simply too compelling not to use.

The moment Key allows the Chief Prosecutor, Nicky Hager, to have the Prime Minister called as a witness before the Court of Public Opinion, then, regardless of the nature of the evidence provided, the impression of there being a case to answer will be indelibly stamped on the voter’s mind. And that is “Game Over” for Key and the National Party.

No matter how shrill and false he may sound in the ears of Hager’s supporters, the Prime Minister will continue to refuse to acknowledge the possibility that Hager might be onto something. From now until Election Day, the author of Dirty Politics can only be “a screaming left-wing conspiracy theorist” who is “making it up”.

And there is method to this seeming madness. Key understands that his followers have been rattled by the appearance of yet another pre-election book by Nicky Hager. Their hero must, therefore, stand strong in the face of his persecutor.

The Prime Minister will make the same claims over and over again: Dirty Politics is without foundation; part of a vast left-wing conspiracy to bring him and his government crashing down; just one more vicious assault to set alongside obscenity-shouting students, anti-Semitic boguns, and a feral underclass of John Key effigy-burners. The slightest concession to even the most trivial of his persecutor’s accusations will be interpreted by his followers as weakness – tantamount to a full confession of guilt.

This is why the prime Minister is standing rock-solid behind his former staffer, Jason Ede. Why he will take no action whatsoever against his Minister of Justice, Judith Collins. Why he accepts the denials of Cameron Slater without demur. And why he will not deign to read even so much as a single word of Dirty Politics – not while he is so clearly the victim of dirty politics.

The Prime Minister can adopt this strategy because he knows that TeamKey is sufficiently powerful to block any serious attempt by the mainstream news media to take up the cudgels on behalf of Hager’s allegations. The public broadcasters will not dare to do it and the commercial networks and newspapers will not want to do it.

This failure will only intensify the feelings of disgust among those who feel there is something very rotten at the heart of New Zealand’s political system. In a grotesquely ironic abdication of the very civil responsibilities Hager’s book is intended to strengthen and mobilise, thousands of New Zealanders may yet abandon the political field altogether, calling down a plague on the houses of both the Right and the Left as they depart.

If that happens then the cynical political analyses of Otto von Bismarck and Simon Lusk will be vindicated. Hager will have demonstrated that although he is able to lead voters into the interior of the sausage factory, he cannot make them open their eyes.

What is it that John Lennon sings in his marvellous A Day In The Life?

A crowd of people turned away
But I just had to look
Having read the book.