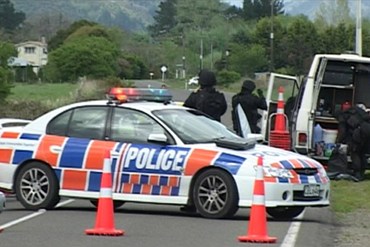 It was good to see Police Commissioner Mike Bush turn up in person to apologise to the people of Ruatoki yesterday for the so-called terror raids of 2007.

The conduct of the raids was disgraceful – a humiliating, disrespectful way to treat anyone.

This valley in the heart of the Urewera was closed down with roadblocks and vehicle searches while families with children were detained and unable to get food or drink for several hours.

The police would never have ordered middle-class families and their children out of their homes to kneel down at gunpoint in the rain in the middle of the night so why treat Maori families that way?

And all for a couple of pig hunting rifles.

The raids and associated police behaviour was eventually described by the Independent Police Conduct Authority as unlawful and unjustified – hence the apology.

Most of the locals appear to have accepted the apology but many also remain angry and upset.

Mike Bush was at pains to say the raids were justified but not the manner in which they were carried out. I disagree. The raids were absolutely unnecessary. The police allowed their enthusiasm to justify their new anti-terror powers and new resources to override their common sense. They should have taken an interest in what was going on in the Urewera but should have sent in the local community police to find out what was going on. Instead the local police who could have given local context to police concerns were deliberatrely kept in the dark.

But the police have several other apologies they should be making for what was an embarrassing debacle.

Firstly an apology to all the defendants arrested on October 17. Whenever their names are googled the police action on October 17 2007 brings up an association with terrorism. Even with no convictions they have all been heavily tarred forever by what could only be described as police ineptitude.

The second apology should be to the people of New Zealand for the many millions in wasted resources in conducting surveillance for 18 months and pursue phantom charges through the courts.

Two other features of this case deserve a mention. It’s taken seven long years for this apology to come and it seems the more serious the police error the longer it takes to acknowledge. Ask Arthur Allan Thomas. Police refused to prosecute their own officer even after a Royal Commission’s finding of planted evidence and still no apology after 45 years.

It’s also worth noting that the outcome of the Urewera terror raids follows a similar pattern around western countries after the attack on the World Trade Centre. Hundreds have been charged with terrorism related offences but less than 5% have been convicted of anything remotely related to terrorism.

Repealing our anti-terror laws would be a step forward. All the “terrorism” offences are offences under our criminal law in any case. What we do need is less enthusiasm from our local police to join the global war on terror and a great deal more basic respect for people.