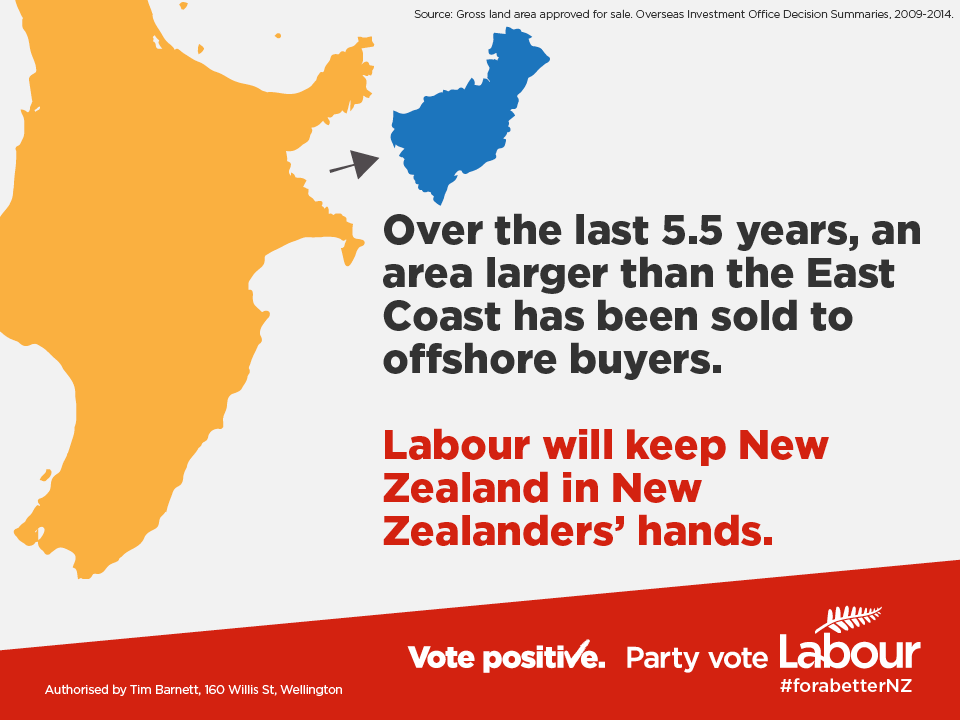 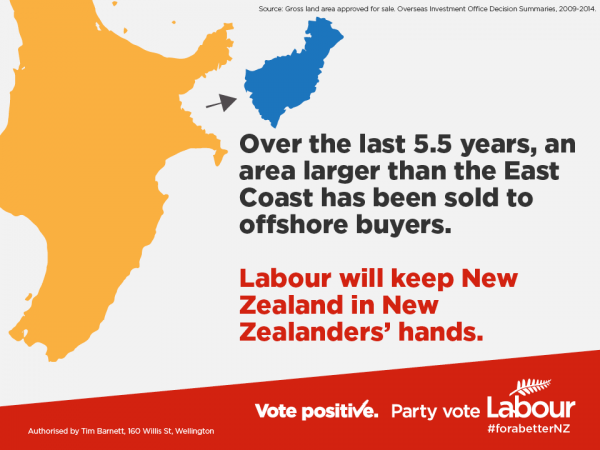 There has been a lot of rhetoric around the application by Shanghai Penxin to gain approval for the purchase of Lochinver Station between Napier and Taupo which comprises around 13,800 hectares.  That is almost double the area that made up the 16 Crafar Farms that was approved by National Ministers Williamson and Coleman in 2012.The significant issue about this latest application is not so much the generic debate about foreign ownership, but rather a focus on who is applying to purchase and why.Shanghai Pengxin is essentially the operating vehicle of Jiang Zhaobai, a Chinese billionaire.  As recently as May 2013 he is quoted as saying he has no immediate plans for further farm purchases.  The tender process for Lochinver Station opened in December 2013.Shanghai Pengxin also owns 74% of Synlait Farm companies which own around 13 farm properties in the South Island.  The former National Government Minister of Finance, Ruth Richardson, was a director of Synlait Farms and is now a director of Synlait Milk.  And interestingly Terry Lee who is a common player across all these groups was a founding director of Oravida, which was originally named Kiwi Dairy.The NZ Herald editorial of 5 August tried to counter opposition on the basis that “Fonterra has been buying farms [in China] as part of an ambitious plan to build hubs that produce up to 1 billion litres of high-quality milk every year by 2020.”   In fact, that is not the case at all.  Fonterra is entering joint ventures and leases of land but cannot ever own or buy land in the sense that they obtain title, as Shanghai Pengxin has done here.  The State in China always retains ownership – similar to the high country lease land in the South Island that Shania Twain and Mutt Lange obtained approval to purchase with significant conservation covenants.The issue about this acquisition and why it differs from the ones that Steven Joyce throws in the mix is that Shanghai Pengxin has acquired the farms, it is looking to process the farm produce and to sell it on the Chinese market predominantly through their own super markets.  And they do it using the NZ Pure brand.  The Shanghai Pengxin stable of companies include companies conveniently named Pure 100 Farm Ltd (the tenderer for Lochinver Station), NZ Standard Farm Ltd, Milk NZ Holding Ltd, Milk NZ Corporation Ltd, Milk NZ Dairy Ltd, Milk NZ Management Ltd and Nature Pure Ltd.What is also interesting is that Gary Romano who was formerly with Fonterra’s NZ Milk Products and resigned at the time of the botched botulism scare is now part of Shanghai Pengxin’s operation as Chief Executive of NZ Milk Management and as a director of Synlait Farms.  It seems according the NBR that he has spent some time on holiday since resigning from Fonterra in August 2013 until he took up his new position with Shanghai Pengxin in March 2014.The reality is that Shanghai Pengxin is a competitor of Fonterra in the Chinese market.  Shanghai Pengxin does not supply Fonterra or any other New Zealand milk processor.  But it uses our pure branding to push its product.And that has always been the intention and purpose of Shanghai Pengxin and its associated companies. They have continued to lobby the Government to allow them to purchase processing plants outright, most recently in discussions with John Key on his visit to China earlier this year.  It is difficult to see how any Minister could have exercised a discretion that found such an operation is in the national interest.    And yet that is what Williamson and Coleman did in approving the Crafar farm purchase.The criteria and process under the Overseas Investment Act is in dire need of review.  The fact that there is no ability to identify how much farmland is in foreign ownership almost defeats the purpose of an approval regime.  John Key’s rough guesses are not good enough.And we need to identify and deal with the cumulative effects of certain foreign investment.  If the Lochinver sale is approved Shanghai Pengxin will have 21,000 hectares of farms in the North Island and a 74% shareholding in 13 farms comprising 4,500 hectares in the South Island.  And when the OIO gave but yet another approval in February this year to Shanghai Pengxin to take over Synlait Farms, there was barely a murmur.  And yet as part of the deal the Government signed over 7 hectares of the Rakaia riverbed and 5 hectares of Conservation stewardship land.  The Government has been an accomplice in easing the way for a foreign investor to produce milk to export to China to sell on the same market as Fonterra.  There is little or no benefit to the country but it is easy to see detriment.  There is an urgent need for greater transparency, like notification of applications and much more in-depth analysis than the superficial accusations of xenophobia aimed at deflecting attention from the detrimental effects easy approvals can have.