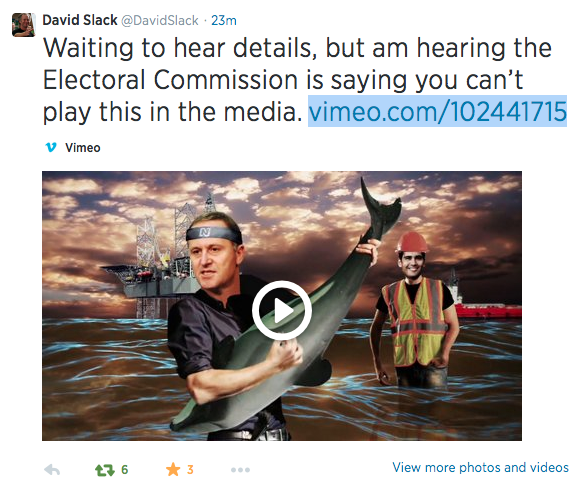 Electoral Commission says they have received a complaint about the Planet Key satire, they will not say who made the complaint, but that a statement on whether it will be banned from media will come out this afternoon.

The mainstream media can make up lies about opposition parties, they can spread those lies and they can get away with spreading those lies. A funny satire lampooning the Prime Minister surfaces and suddenly the Electoral Commission is called in to be possible State censor.