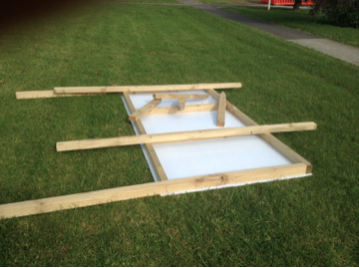 MP Chester Burroughs and MP Chris Finlayson have been complaining their billboards have been getting damaged a that this damage costs them money, and inconveniences them. I struggle to feel empathy for the Nats when they intentionally block their competition.

I spoke with National party candidate for Manukau East MP Kanwal Singh Bakshi he explained to me how his billboards were being attacked. I explained we have been given strict instructions to leave other party billboards. I asked if he could move his billboard slightly to the right to avoid blocking the Internet Mana Billboard in the name of sportsmanship and chivalry. 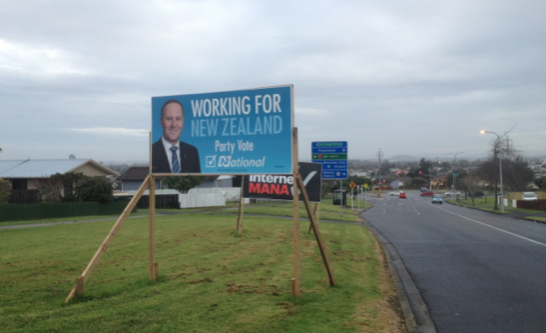 I returned yesterday to find my billboard lying face down

We erected the billboard again 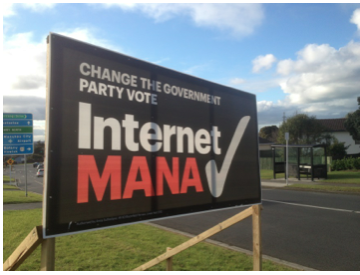 Joe Trinder – Ngāti Awa Born and born in Ōtepoti Ōtākou, Ex RNZN he is an Information Technology Analyst based in Mangere South Auckland.  MANA Tamaki Makaurau Chair and board member of the Manukau Urban Maori Authority and Internet Mana Candidate for Manukau East.