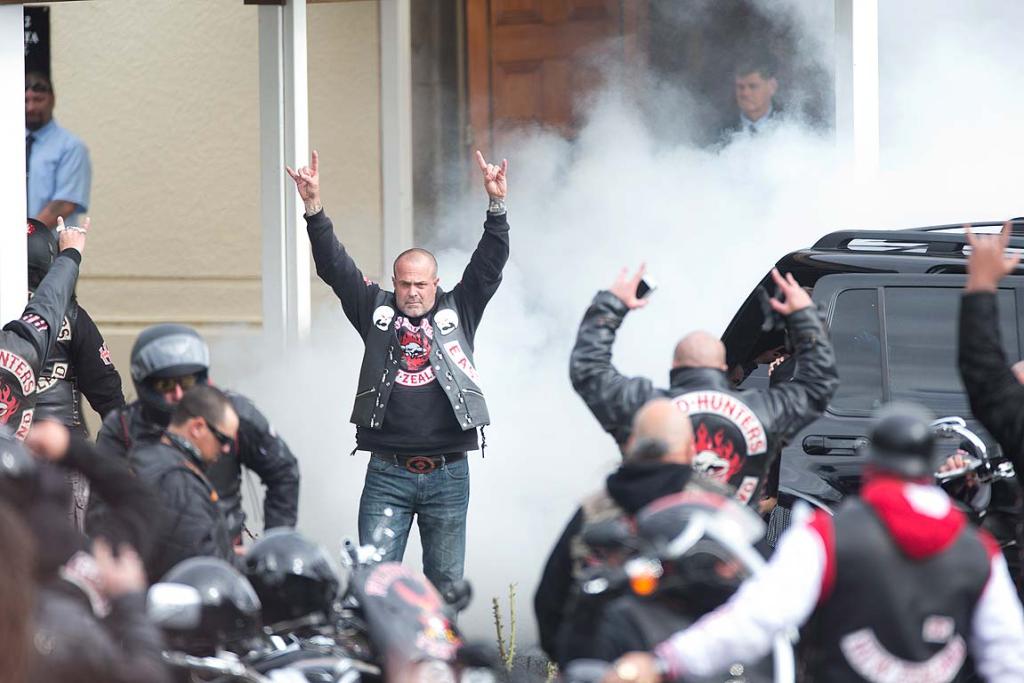 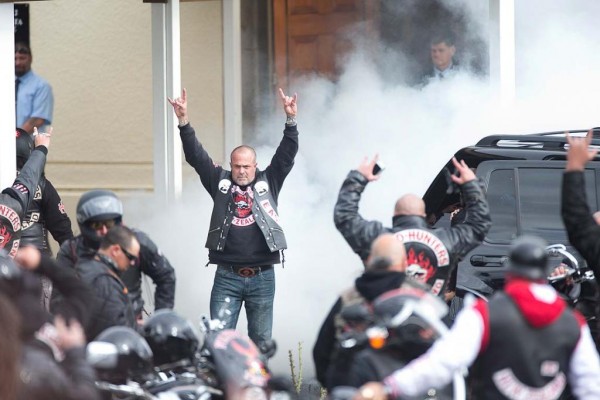 As The Daily Blog noted on the day, the killer of Connor Morris will be the most frightened person in NZ right now…

To the fool who has killed Connor, it seems this could be one of the few times that handing themselves into the Police is the safest thing for the killer to do

…the cost of pumped up aggro young men who unthinkingly pull weapons into fights with no control of the outcomes has been paid by Connor Morris and his whanau, and I suspect the killer can’t be in a much better head space as the enormity of who they have killed starts to settle upon them. The added guilt of taking another’s life will be now combined with the worst imaginable fears for personal safety.

I think the very public show of grief and solidarity exhibited by the Head Hunters in Auckland for the funeral of Connor Morris last week would have had many North Shore Aucklanders spluttering into their lattes. People tend to forget that Gangs are very large and very powerful and their attraction  combines many aspects of failed communities and their solution is far more complex than more Police powers. Try telling those hundreds of angry men that they are all going to be arrested for wearing their patch in public and I’ll show you the beginnings of a riot. Unless NZers want the military to be on every street corner, gangs won’t be eroded by tougher laws.

Addressing complex social issues that never get addressed to one side, the issue now will be what happens to the accused. There is little doubt the Police already have the suspect, once the suspect realised who they had killed, a fact the Police would have made known to every single one of the witnesses, they would have either attempted a run to the airport or if fleeing was blocked, hand themselves over to the Police immediately for protection.

The safety  of the accused now becomes an issue of reputation between the Police and the Head Hunters.  The Head Hunters have the entire Underworld Fraternity looking on asking ‘what price for one of your own’. If they don’t make an example they lose face. The Police have the exact opposite issue to worry about. If they can’t guarantee the safety of someone under their protection their protection is worthless.

The only silver lining in this is that it might just maybe force other men who find themselves in a similar situation to walk away rather than exacerbate the conflict. If the intrinsic value of not striking others won’t temper male aggression, perhaps the cautionary tale of not knowing who you are hitting might force self preservation ahead of senseless violence.