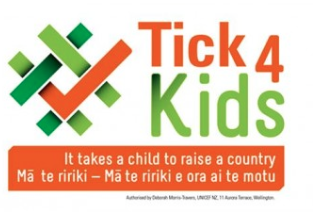 The Promise of education, the intergenerational gift to ensure that the world we are born into is not the world we must  die in recognises education is centred in hope. Hope sustains a democracy, that simple belief that our lives might be better  individually, not at the expense of others, but alongside others.

Tonight I suggest, is, or should be, a debate about how we might protect that gift, that promise which we as adults are guardians of for every child in this country.

My role tonight is to speak to the evidence about those  issues  which hinder or get in the way of us realising the promise.

Firstly: Is the promise still alive? Does education still deliver the hope for a better life and world ? Or is there a crisis in education?  The evidence is clear. No.  There isn’t a crisis, and those who would create one for their own political or ideological ends need to look hard at their motivations and the evidence. The evidence is clear that New Zealand has a world class state education system which does a good job for the vast majority of our kids. Much of that is because of the quality of our teachers, the strength of our national curriculum, and a genuine desire within the teaching profession to deliver high quality education to all.

What this suggests to me is that the evidence clearly indicates there is no justification for radical wholesale changes to the system.  For example, there is no evidence to suggest that further radical changes including the further privatisation of the state system, through charter schools or voucher systems is necessary.  And of course the international evidence is overwhelming in determining they are of little value anyway.

I want to focus on three factors we know impact most on improving the life chances of children through education.

If you checked the international and national evidence:

The single biggest factor that impacts on student learning is what happens outside the school gate.  Its what they bring into the classroom that makes the biggest difference to what they take out.  And the biggest single factor is

There are children only ten kilometres from here who went to school today without  anything on their feet, no food in their stomachs and from cold homes. As the rain fell about three o’clock many would have realised their walk home would mean the clothes they go school in tomorrow will still be wet. They are looking forward to Duffy Books coming in and giving them a book they can call their own. You see, the most important indicator of how well you do at school is the number of books in a house, the clear marker of the social and cultural capital you bring into a classroom.

Of course poverty In New Zealand is not new, and it doesn’t define who you are, or who you will become.  I come from a very poor family, often there was not enough food on the table, and I remember only too well what it meant in winter to have holes in the one pair of shoes I owned.

I understand from my life that people aren’t  poor because its their fault, or that they are lazy., My mother was the hardest working woman I have ever met.  I resent a government which labels poor people as having failed.  My father was the wisest and most successful man.  He died a poor man but I understand of course that wealth and poverty aren’t the real markers of achievement in life.  My father explained that to me too.  He understood  that  a person’s life is not judged by how much money they make but  what they give back to the community in which they live.

I know from my own life that poverty need not define us, it didn’t define me, but I recognise that it limits the life chances of people.  As my dad might have said its always easier to climb the ladder of the success if your dad built the ladder.  Its another thing to see the ladders being kicked out under the feet of so many.

The evidence suggests therefore that the group we must concern ourselves with in education are those who have been left behind in the great economic experiment,/ disaster of neo liberalism.  And then we must address at a wider level why we are creating a country with such unequal wealth, with the few with so much at the expense of so many with too little.

What kind of society are we when we don’t care about hungry kids?  When we think its OK to have breakfast clubs and charities to provide the basics?  When the state says this isn’t our concern, this isn’t our worry?

So recognising that poverty is the biggest single factor effecting student learning in schools, if you are a member of the next government what would you do to keep the promise alive for the most vulnerable, those children living in poverty?

Factors in the classroom itself

The quality versus quantity debate is how the media and the Prime Minister have wanted to frame this.  And yet those of us in education know it is far more complicated than that. Its not either quality or quantity.  The evidence suggests its both.

Let’s look carefully at what we mean when we talk about quality.  The research doesn’t actually say the single biggest in class factor impacting on student achievement is teacher quality.  The research says  it’s the quality of the relationship between the teacher and the student.  Its why the Prime Minister was right when questioned about the quality quantity debate when he said ‘people don’t remember the size of the classroom they remember the teacher who made the difference’, and of course what they remember is not what that teacher taught but instead they remember the teacher who knew them, cared about them as a human being, encouraged them , accepted them when they failed.

I’m left wondering when I think of this, how does the IES scheme work when teachers are withdrawn from classrooms for two days a week.  Quality teaching is not about new pedagogical tricks, its about deep caring and very human relationships.

What in class changes will you enact to keep the promise alive?

Perhaps the biggest contention in this election is the place of assessment and national standards.  Do they keep the promise alive or are they slowing strangling hope in classrooms around the country?

International evidence is clear. Measuring and testing does not improve student success.  It really doesn’t matter how many times you get your measuring stick out it doesn’t change how fast something grows.   The evidence suggests a regime of constant testing means kids get better at the test but that doesn’t mean they are more successful with their learning. You might improve achievement in the tests but success is far more complicated than that.

National standards have a range of unintended consequences.

We know from international and national evidence that national standards impact on the culture of schools, they become less creative, less critical, narrower, more factory like. There is a loss of discipline knowledge, science, history, geography, the arts are strangled out of the calssroom.   A broad curriculum disappears and with it a sense that schools are more than places where we test kids on how well they can read and write.

No one argues that literacy and numeracy aren’t important and vital, but they aren’t all schools do, they don’t measure the wider promise of them.

Schools serve a multitude of purposes, they are the rocks and refuges for communities when disaster strikes, we know this about many of the schools that did this in Christchurch and are now closed.   Schools in poor areas are already hubs, places where families congregate to celebrate their communities, create a sense of belonging beyond themselves.  How we might measure the value and worth of these things that schools do rather than simply on what they do for individual achievement might help to rebalance the sterility of approach to education that pervades current government language that can only talk about student outcomes.

How might we keep the promise of a broad curriculum, of a wider sense of what schools might be alive?  How might we balance the drive for increased achievement  in literacy and numeracy without losing all that made NZ a world leader in education.

Education, the great gift, the promise of a better world is what New Zealanders are asked to consider when they tick for kids when they vote.  Ticking for kids is ticking for hope.

Peter O’Connor is an associate Professor in the School of Critical Studies in Education at the Faculty of education , University of Auckland. In 2012 he was named Griffith University  School of Education Alumnus of the Year for his contribution to social justice. 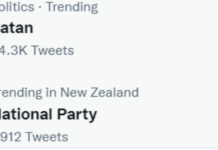