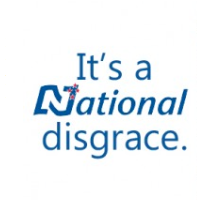 Members of the public have been rising up in outrage to see an end to the industrialised cruelty of intensive factory farms. We have seen over and over in the last few weeks that the public are being heavily mislead in multiple ways in regards to how farm animals are being treated, and there are massive issues with untruthfulness by producers.

Of major concern was the pigcare accreditation scheme that was backed by the Ministry of Primary Industries and shown to be meaningless in providing any assurance of animal wellbeing.

This is what activists have been recording and delivering to the public; multiple instances of animals raised in shocking conditions that have not been cared for according to the claims of the packaging. These accreditation schemes, logos, packaging and advertising claims are 100% unreliable, and this is because of feeble monitoring and the fact minimum standards to gain those logos are so incredibly weak. Farmers can do almost anything and still get a pig care logo stamped on their pack. You witnessed it the farms in Dunedin, those were deemed to be acceptable to gain the logo. And the Ministry continued to back and support that program.

This behaviour is illegal by the fair trading act because no reasonable person would believe that when they buy such products with a pig care or free-range logo on them, that they are paying for farmers to keep animals confined and in conditions like that, yet prosecutions are rare, even when there is footage.

It’s a national shame and these things feel third-worldy and scary. It harms our international reputation when other first-world countries have outright banned this stuff. People are angry, and rightfully so, the truth is, we care about animals! We genuinely hate cruelty and we feel farmers have an obligation not to confine them, hurt them or raise them filth. We think they have a right to run about in the sun and relax in the grass. In this country we are all about the outdoors and living the good life, with kindness toward others! Well, animals too have the right to a good life. It is terrifying to think about what these animals endure for years at a time even in the sterile colony systems.

Factory farming and everything that is involved with intensive farming needs to become illegal, this has happened overseas with intensive practices being banned (INCLUDING all colony cages). Accreditation schemes need to have minimum standards that are high and that are in good faith according to what a fair and reasonably minded person would expect when they buy something with any kind of free range or care logo on the pack. Person-to-person, even the NEW confinement systems proposed are virtually indistinguishable from the former. It’s a joke. This footage was offered up by New Zealand’s biggest egg producers, without any sense of shame. It is shocking to look at. They are so involved in what they do, they cannot see, how bad it actually looks. 75% of the country’s eggs come from this company. It may be slightly more sterile and spacious but that is still horribly cruel confinement in those new cages. 47,500, I’ll say that again forty-seven thousand, five hundred hens in a shed. Let’s be honest. New colony cages are heralded by National as “the future”. At what point do we say no and that we expect the same as other developed countries? These animals need to have access to the outside, and to run around and to be happy; they are not egg-machines.

The entire situation is a damn mess, our animal welfare act is totally inept, the industries are corrupt, confinement is unethical and it’s the animals that suffer.

After the massive rallies across the country to bring an end to this dire situation, a few key things happened.

Labour agreed, along with all of the parties on the left to bring an end to factory farming. It’s time National stood up and honoured the will of the people. Confinement industries have to end, and NOW, and we do not want to see the introduction of colony cages. Industrial cruelty MUST end. Right now farmers are free to do anything they please and that is proven with what we have seen. It’s simply not good enough. We all want better for these very vulnerable beings, who are not able to fight for themselves.

After the rallies there was a Facebook page made for people who want stay up to date on this issue: https://www.facebook.com/ItsaNationalDisgrace

For Aucklanders who are sick of this situation there is an action TONIGHT to directly let John Key know how we feel. If you are in Auckland and you’ll be in good company! Dress up, make some noise! Let’s stand up on behalf of the voiceless. I’ll be there: https://www.facebook.com/events/1489414394636612/

Feel free to boycott animal products entirely because of issues inherent to these industries.