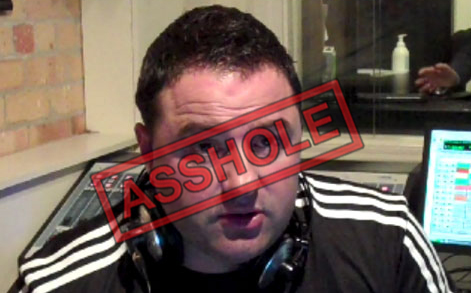 You would think would you not, that for a radio talkback station that was so destroyed by their own sexism over the Roastbuster case that they would decide to be more educated in their discussion of women.

‘Sugar Daddy’ insinuates a sexual relationship akin to prostitution, what Duncan Garner and John Key and all those who use the term to describe the relationship between Laila and Kim are really trying to say (if they could get away with it), is that Laila Harre is a ‘whore’.

That’s why it is just so degrading and disgusting. Women have put up with that kind of sexual policing and labels for thousands of years, hewing Garner and Key roll it out now reminds us of the knuckle dragging misogyny so engrained amongst some white men over 40.

For a radio station that has damaged itself over sexism as badly as Radio Live has, one would think their puppets would have been forced to take some type of education class, Duncan Garner’s comments show that hasn’t been the case.

Very ugly Duncan. You are better than this.