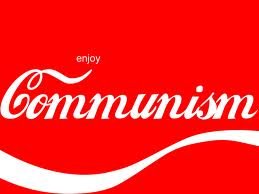 The announcement of the $70million Lochinver Station sale to a hulking Chinese company is probably the last thing John Key would have wanted this week.

The idea of Chinese companies buying up large tracts of NZs farming asset is perceived as worse than wealthy investors because state backed Chinese companies are effectively an arm of the Chinese Government. Allowing another country to have that level of influence over vital sections of your economy is as disquieting as John Key signing our economic sovereignty away to the Americans with the TPPA.

Beyond China however, is the basic nationalistic economic mindset held by vast swathes of the NZ public that we shouldn’t be selling our land to anyone from overseas. If foreigners want to lease land and develop that land, come on over, NZ is open for business. If however you just want to waltz up and trick some local sleepy hobbits with big talk and buy vital sections of our productive land for your interests, well we aren’t interested thanks.

We have to appreciate the amazing wonder that is NZ and how in a filthy and polluted world its value will only multiply. Beyond the sale of this land, what sort of intensive farming methods would we see adopted here? How much more intensive would this private company want to push and with that level of money and influence, how soon would we see National Party Ministers having dinners with company members just before a law change allowing 10 story pens with cows in cubicles?

Key is on the other side of the public on this and the heat of it will only build. The problem is that if Key folds, a large chunk of the cheering business community who benefit mostly from NZs lax regulation and free market dynamics would turn like a scorned Colin Craig on National and start screaming.

The real problem here is our free market access to NZ land by foreign owners. When NZ lurched all the way to the right in the 1980s, it was a neoliberal revolution that impacted all sectors, including our attitudes to land sales. The mentality is that no one should have a problem buying up our land because that’s the free market. The concept of national sovereignty is an impediment to global capitalism and so NZ has one of the most relaxed attitudes to people buying up chunks of it.

The Auckland Business Mafia (the Shortland St Social Club) would cease their war chest donations and start unspeakable mischief if National were to walk away from the free market commandment of spineless devotion to external entities with more money than you.

Speaking of spineless devotion to external entities with more money than you, how does China view such a move? With Dairy prices tumbling and an economy starting to tighten, NZ is in no position to anger its biggest trading partner. China sits by trying to work NZ out, on the one hand our economic future is more aligned with China, and on the other hand we are cuddling up to America with the TPPA. If the deal is blocked by Labour coming into power expect Chinese whiplash, the only pacifier to a blocking of that sale to China could be to also turn down the TPPA with America.

Independence has a price and we need to be prepared to pay for it if Progressives win in September.