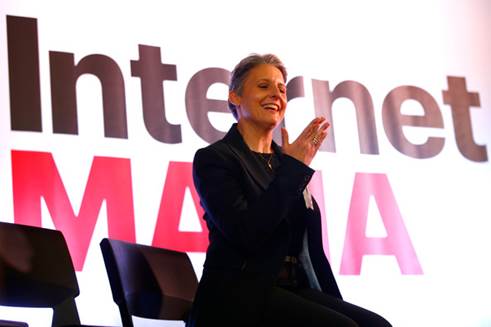 THE CRUDE POLITICAL GAMBIT of Kelvin Davis and his supporters in Te Tai Tokerau has fallen flat. His plans to knock Internet-Mana out of the electoral race have been revealed and the Maori voters of the North will punish him severely. Not only for his confrontational and abusive rhetoric, but also for the rank ingratitude and disloyalty he has displayed toward Labour. The rest of the country can only shake their heads in wonder at the strategic stupidity of the man.

Davis is, after all, the candidate to whom the Labour Party’s Ranking Committee gifted a very favourable position on the Party List. His role in Te Tai Tokerau was not to go all out to take the seat from Hone Harawira, but to maximise Labour’s Party Vote. It is staggering that Davis and his allies have been unable (or unwilling) to grasp the simple fact that the welfare of the people of the North will be most effectively secured by a victory in the forthcoming election for the parties of the Left – of which Internet-Mana is becoming a potentially vital component.

The scuttlebutt in left-wing circles is that Davis has been “rarked up” by Labour’s ABC Faction, who not only need their leader, David Cunliffe, to fail on 20 September, but who are also determined to deny Internet-Mana a parliamentary bridgehead. Their plans to haul Labour back to the “centre” (the Right’s code word for an ideological position acceptable to Business New Zealand, Federated Farmers and the mainstream news media) will suffer a serious setback if Hone Harawira, Annette Sykes, Laila Harre and John Minto get to play the role of the Left’s staunch chorus – passing withering judgement upon the antics of a back-sliding Labour Caucus.

In this effort, the Labour Right is marching in lock-step with not only the National Party’s but the right-wing news media’s political objectives. The more intelligent among them understand that an Internet-Mana presence in the House has, over a three year term, the potential to haul back “Overton’s Window” from its present location well to the right of the political spectrum and reposition it much closer to the left. The overwhelming priority across the entire New Zealand Right is, therefore, to strangle this potential left-wing Hercules in its cradle. Wittingly or unwittingly, Davis has allowed himself to become a pawn in this game. How else to explain his willingness to be associated with David Farrar and Cameron Slater, the twin serpents sent to dispatch the Left’s infant hero?

The ABC Faction’s tactical position is to smear David Cunliffe as Internet-Mana’s secret enabler: the politician who’s promising publicly to have nothing to do with Kim Dotcom’s creation while all the time secretly plotting to give Maori Affairs to Hone, Social Welfare to Laila Harre, and Foreign Affairs to John Minto. They are well aware of how badly the idea of any kind of Labour “deal” with Internet-Mana plays with young, reasonably skilled but indifferently-paid women workers whose grasp of politics is almost exclusively informed by what Patrick Gower, Tove O’Brien and Corin Dann tells them on thesix o’clock news.

In the past, these young women: retail workers, hairdressers, receptionists and office personnel of all kinds; have provided Labour with the numbers necessary to evict a National Government. Without them, securing victory becomes extremely problematic. Helen Clark lost what the British snobs might call the “Chav Vote” to the dashing John Key in 2008 and poor old Phil Goff never seriously tempted them in 2011. David Cunliffe just might win them back in 2014, but not with Kim Dotcom looming behind him like a pantomime demon.

It is this need to distance himself from Dotcom and his allies that explains Cunliffe’s refusal to call out Davis for the dangerous political distraction he has become. Indeed, in a funny sort of way, Davis’s extreme animus towards Harawira and Dotcom has played into the Labour Leader’s hands. It has enabled him to reiterate in even more unequivocal language that Labour will have no truck with Internet-Mana. That there will be no deals done and that no Internet-Mana MPs will be invited to serve in any coalition Cabinet over which Cunliffe presides. In Andy Williams’ immortal words to the importunate Cookie Bear: “Not now. Not ever. Never. No cookies! ”

Such is the general ignorance which still surrounds the MMP electoral system, however, that many of those reassured by Cunliffe’s rejection of the Internet-Mana Party may be shocked to discover on Election Night that they have somehow managed to win seats in Parliament. What’s more, as the sworn enemies of John Key’s government, if the numbers are there for David Cunliffe to become Prime Minister with Internet-Mana’s support they will happily make him so. This will undoubtedly provoke an outcry from those who interpreted Cunliffe’s “Internet-Mana will have no place in a Labour-led Government” as meaning “We will not accept the votes of Internet-Mana’s MPs in assembling the support needed to form a government.”

If that turns out to be the case, then New Zealanders are in for a crash-course in constitutional realities. They will discover that if Internet-Mana have the numbers to make David Cunliffe the Prime Minister, they will most likely also have the numbers to prevent John Key from resuming office. Whether some of the voters like it or not; whether National likes it or not; whether the mainstream news media likes it or not; and whether Kelvin Davis likes it or not; if the rules of MMP return the Internet-Mana Party in sufficient numbers to break the National Government and install a Labour-Green coalition – then that’s exactly what it will do.