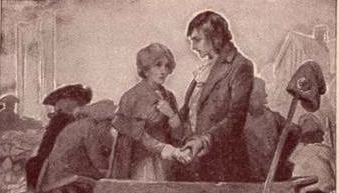 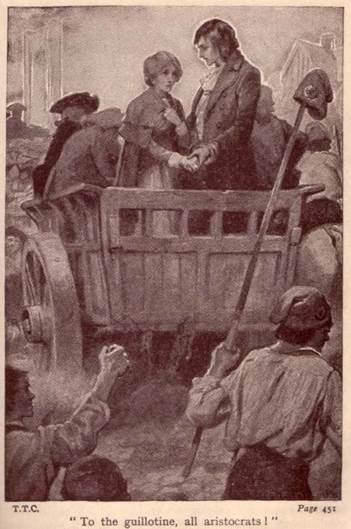 REPROVED BY DAME SUSAN, condemned by the Maori Party, castigated by most of the news media, it remains to be seen whether Jamie Whyte’s equation of Maori legal “privileges” with the feudal privileges of the French aristocracy was electorally clever or stupid.

The example of Don Brash’s Orewa Speech undoubtedly looms very large before any right-wing political leader whose party is languishing in the opinion polls. The National Party leader’s notorious address to the Orewa Rotary Club, in which he promised to nullify nearly all of Maoridom’s political rehabilitation since the 1970s, saw his party’s poll ratings advance by an unprecedented 17 percentage points. It had put the National Opposition back in the race – with a vengeance!

The New Zealand electorate, it seems, is one vast racist itch just waiting for a scratch. And if it remains as easily satisfied as it was ten years ago, then Whyte’s speech to the Act Party’s Hamilton conference – and all the fallout from it – should produce a statistically significant up-tick in his party’s support.

And really, what else could Jamie do? The New Zealand voter is ill-disposed toward philosophical speculation and debate. The finer points of John Locke’s defence of individual liberty and the role played by private property in its preservation, are not the stuff of all that many Pakeha conversations. The merits or otherwise of their Maori neighbours, on the other hand, remains the subject of lively speculation.

Richard Prebble understood and accepted this inconvenient truth about the New Zealand voter. He had watched good-naturedly as Roger Douglas and Derek Quigley (Act’s founders) toured the country (on millionaire Craig Heatley’s dime) preaching the pure gospel of neoliberalism to anyone who would listen. Which, as Prebble already knew, would always be far too few to secure a solid footing for Act in the new MMP parliament. He had the data, he knew what it would take to move 5 percent of his fellow Kiwis into Act’s camp – and it wasn’t John Locke.

What Jamie Whyte lacks, however, is his predecessor’s wry political cynicism. If he was to raise again the divisive issue of Maori “privilege” (at Act’s campaign manager, Richard Prebble’s insistence?) then he was determined to do so with all the panache of a swashbuckling Cambridge philosopher. Not for him the mean-spirited snarling of the hard-bitten provincial voter that Prebble translated so well. No, he would wage war on the legal privileges of Maoridom in the guise of an antipodean Robespierre.

Presumably, in making this bold comparison, our Cambridge graduate had some notion of what those aristocratic privileges included, even if many in his audience, subscribing to Henry Ford’s view that “history is bunk”, did not.

Do any of these legal privileges bear any resemblance to the supposed legal privileges enjoyed by Maori? Are Maori exempt from taxation? Do Maori preside over their own courts? Are Maori able to prevent the alienation of their tribal resources by imposing restrictions on their tenants’ ability to bequeath, sell or otherwise transfer their interest in tribal property? Do Maori enjoy monopolies over specific goods and services? Is prior permission required from Maori before a citizen is able to exercise his or her rights?

Perhaps the most questionable aspect of Whyte’s historical comparison was the aspect which the Race Relations Commissioner, Dame Susan Devoy, picked up on in her statement of Wednesday, 30 July, in which she stated: “Equating Maori New Zealanders to French aristocrats who were murdered because of their privilege is a grotesque and inflammatory statement.” Quite true, because to link the French Aristocracy and the French Revolution is, indeed, to conjure up images of angry crowds, clattering tumbrils, rolling drums and the sudden descent of Madame Guillotine’s blade.

The historical details surrounding the persecution of the French Aristocracy are, as is so often the case, even worse. The guillotining of condemned aristocrats in the manner so vividly described by Charles Dickens in A Tale of Two Cities certainly did take place, but at least as many more aristocrats met their deaths at the hands of the Parisian Mob. In a grotesque settling of centuries-old social scores, aristocratic families were dragged from the relative safety of the city’s overcrowded prisons and butchered in the streets. Whipped to a frenzy by such fanatical foes of privilege as Jean-Paul Marat, the poor of Paris fell upon these defenceless men women and children and quite literally tore them to pieces.

These are dangerous precedents to play with in a country whose racial and social prejudices lie buried in such shallow graves. Politicians who make persistent, but groundless, claims that a minority of the population is enjoying legal privileges which the majority of ordinary citizens do not possess, can hardly hold themselves blameless when those same ordinary citizens turn against that minority. Or, God forbid, upon it.

As the great Russian playwright, Anton Chekov, once remarked: “If in the first act you have hung a pistol on the wall, then in the following one it should be fired. Otherwise don’t put it there.”