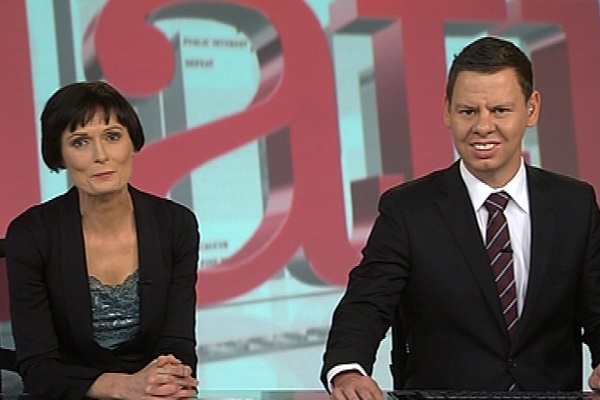 From the same Executive Producer who turned Q&A into a snore fest, Pundit editor Tim Watkin likes to play it safe. So safe. So dull. Who came up with the political satire idea? That was a 60 second train wreck wasn’t it?

God it’s safe. Selwyn Pellett and Fran O’Sullivan are the panel. Can’t get much safer than that.

Thank Christ however that due to the election safe shows like this are forced to give other political parties platform so the voices we seldom hear have space to argue, which is why todays ‘The Nation’ was so important. Grant Robertson beat the living crap out of Steven Joyce and it was a joy to behold. Most of what voters feel about Labour have been generated by a biased media looking for cheap headlines, when Labour have the space to argue however, they not only blitz National, they also allow voters to see the arrogance of National Ministers who have spent 3 years of not ever being challenged. Joyce’s ill natured spiteful comments that peppered his debate with Grant reminded all those National Party voters they are cheering on an arsehole.

Labour have the underdog card going into this election, and that position gives Labour the ability to surprise in the debates and extra media coverage.

If Cunliffe does to Key what Grant Robertson did to Joyce today, this election will be far closer than the media are claiming.