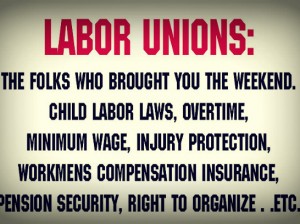 Labour’s much anticipated worker policy has been released. It’s a mix of the aspirational and the smart. $15 minimum wage by Christmas this year, bumped up to $16.25 next year while banning the 90 day right to sack laws and killing off National’s latest attempt at strangling the Unions.

Sadly my worker levy idea and universal union membership hasn’t made it, so MANA are more than welcome to use that, but Labour will set up a roaming inquisition that will review the worst cases of worker abuse and attempt to highlight the lack of regulation to build public support, similar to the Pike River example. It is hoped this public scrutiny will make industry wide Union representation an easier sell to the public.

Those machinations won’t mean much to workers right now, but $16.25 by next Christmas will.