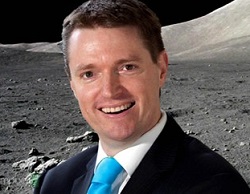 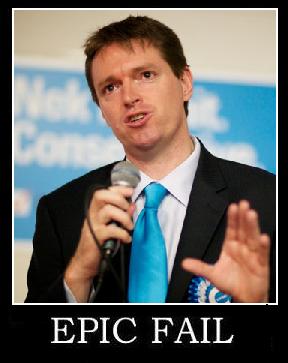 Whatever flirtations were made months ago to Colin Craig by National strategists, the polling must have come back showing them too much of their soft urban vote would walk if Key was in Government with Colin Craig.  The necessary inside muscle to force McCully out of East Coast Bays  isn’t there and there’s no guarantee Colin can win even if the National Party East Coast Bays candidate was an inanimate object.

Architect of the Death Star, Matthew Hooton,  spoke at the Conservatives conference extolling them to become even more religious in their tone and focus. That’s great, but Hooton is also explaining to all who will listen that the next Government will be National and NZ First so did Hooton give the Conservative Party advice that would clearly allow NZ First to define itself as the non religious conservative vote?

Beyond getting tricked by Hooton, there is the realisation that this entire adventure into East Coast Bays has been a a clever trap when Colin’s come back to getting no deal is that maybe the Labour Party would like to help him out instead…

Mr Craig said he supported a third term for National, if they won the largest share of the party vote – though he could not rule out working with Labour.

If Labour agreed to the Conservative’s bottom line of binding referenda, and National did not, then “that would be a very interesting scenario, and perhaps Labour would be prepared to do that”.

No Colin, I don’t think Labour would touch you with a 50 foot chemtrail, and that you’re thrashing around making comments like that highlights the corner you’ve been tricked into.

Colin Craig can’t gain over 5%, he’ll be competing too much with NZ First for that electorate and without the guaranteed representation an electorate provides, a vote for the Conservatives will be perceived as a wasted vote.

Colin has been viciously played by the Right and has been neutralised.

Goodbye Mr Craig. We won’t be seeing any more of you.