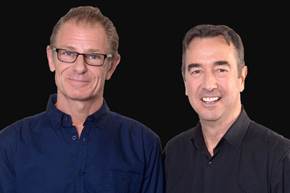 The Top Marks lasted five weeks on Mediaworks radio station The Sound. This may have something to do with last being relevant in the mid-1980s when there were only two commercial FM licences in Auckland and they were on one of them. Maybe radio audiences don’t like listening to hyped-up arseholes with their cornflakes anymore? There sure isn’t only two FM stations anymore, and there isn’t quite the stomach for such aggressive tactics between stations that there was then. One of the Marks – Staufer – lasted only to the second show on a Friday night Radio Live slot co-hosting with the very Christian Ian Wishart.

The audio of the Friday night show was pulled from RadioLive’s website and an apology issued to listeners.

The awful thing is probably not what was said – which appears to be shock-jock ranting when removed from the context and pasted up in black and white in the NZ Herald – but that it was probably one of the better shows. It sounds interesting. Perhaps distasteful, but interesting. Certainly the first show was not nearly so interesting – of the part I caught anyway. It held my attention because of its novelty – not from anything particularly memorable. I should have been listening the following week.

The idea of putting one of those creepy, rabid, Christian types (the ones with an equally creepy spouse who is always in the promotional photos alongside them – you know, like Brian Tamaki and his missus) and team them up with a potty-mouthed atheist is a recipe for interesting. As half of the Top Marks Staufer had generated a BSA complaint from Ranginui Walker when they broadcast his home address and telephone number and encouraged people to harass him following (now routinely accepted) anti-colonial statements about New Zealand. But everyone was racist in 1989, right?

This mismatched pairing was all about conspiracy theories when I listened on their first outing. Wishart – having made a career of it – was raving revisionism and inferring intrigue at every turn. Staufer by contrast seemed relatively normal, sort of. But the two of them combined were an order of odd.

It was kooky. Fortunately talkback radio is a haven for kooks and they did not seem ill-suited to a Friday Night where people talk all manner of shit under the influence of all manner of shit. To have a show anchored by people from differing ideologies is not unheard of, but in retrospect it could now be viewed as an editorial error to have a show hosted by opposing philosophies when the only thing on which they agreed was their love of fruitloops.

What a pity Radio Live have taken the show’s recording offline. They should have edited the naughty words out so we can listen to the otherwise full horror of it at our pleasure.