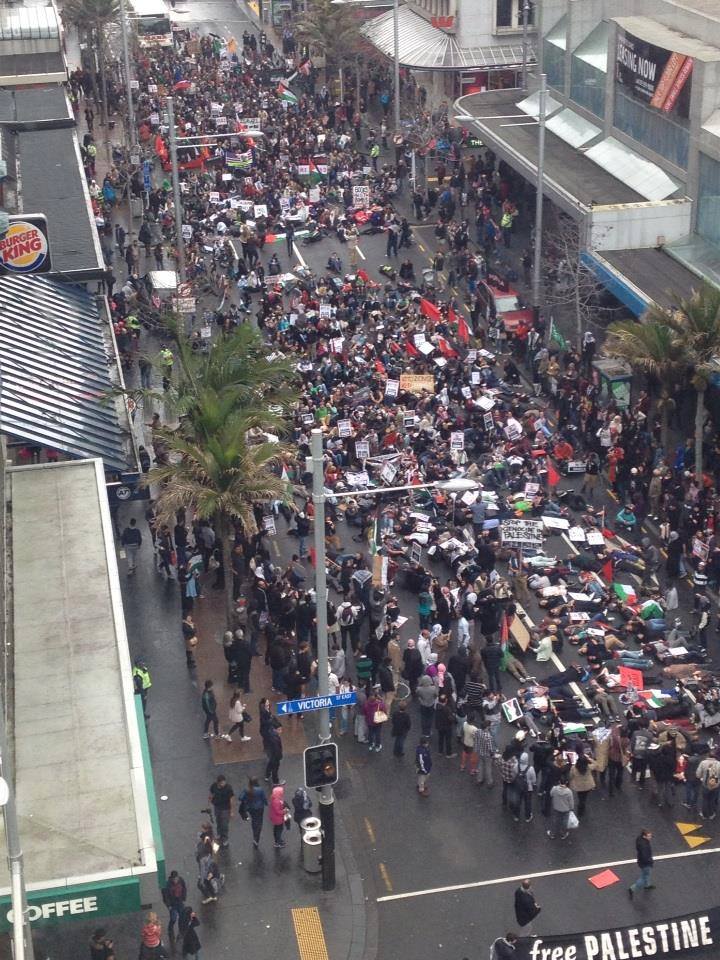 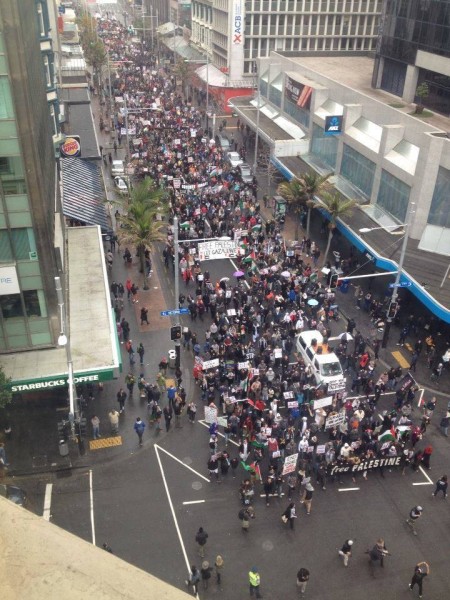 Latest protest for people of Gaza in Auckland

In the past couple of weeks I have heard a lot of people say that they are neither Pro-Israel nor Pro-Palestine; they are pro-peace. This is a stand that I respect. Everyone is genuinely pro-peace in their hearts, but in this context I don’t really understand what this means.

Everyone already knows what it means to be Pro-Israel or Pro-Palestine. In order to be ‘pro-peace’ however, being anti colonisation and anti occupation is a fundamental part of that, because while these two things exist and are endorsed, there will never be true, long-lasting peace. Peace and occupation are two things that will obviously never go hand-in-hand. This should really go without saying.

Therefore in order to be ‘pro-peace’, one is ‘pro-Palestine’ by default. So why can’t people just say that?

The mainstream narrative in the media makes it hard for people to say that, although I do believe that the power dynamic is changing with the rise of social media and alternative journalism. 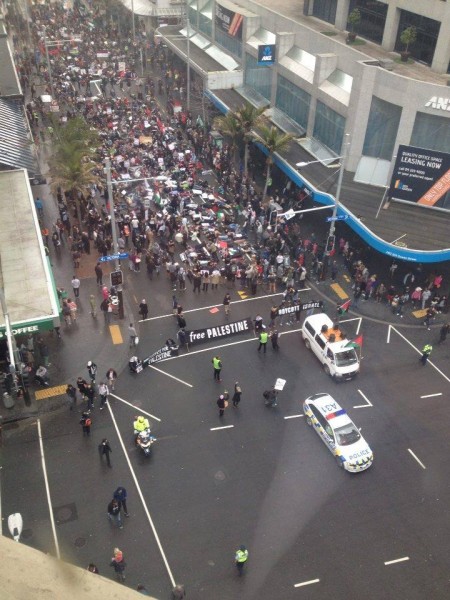 The facts and history about the conflict and current situation speak for themselves though, which is the reason why claiming to be pro-peace in the face of genocide is a cop out. It’s a form of silence and neutrality, and as Archbishop Desmond Tutu says ‘If you are neutral in situations of injustice, you have chosen the side of the oppressor. If an elephant has its foot on the tail of a mouse and you say that you are neutral, the mouse will not appreciate your neutrality”. 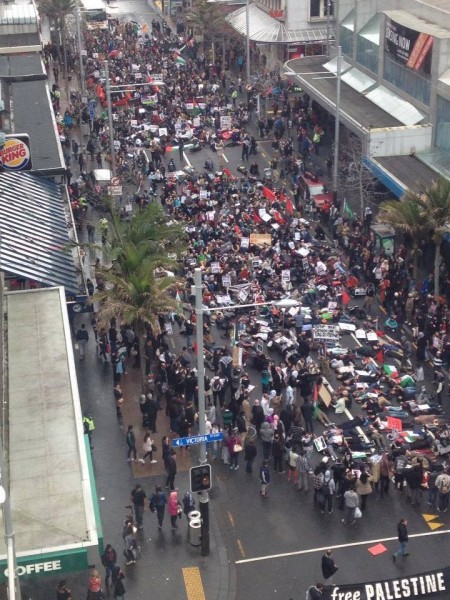