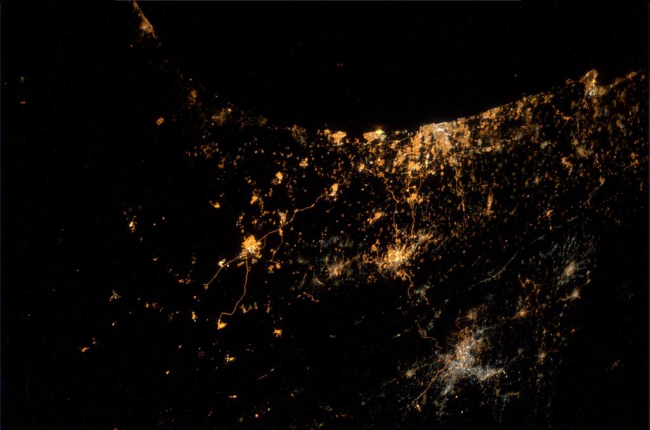 This is what a war zone looks like from space: 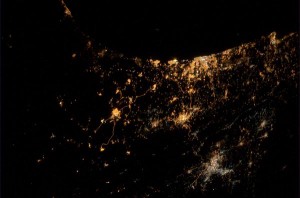 From aboard the International Space Station, German astronaut Alexander Gerst tweeted this image as the station passed over Israel and Gaza in what he called ‘his saddest photo yet’.  As metro magazine reported  “The clusters in light signify the densely populated areas of the troubled regions, and each small patch of intensely bright light within them is an explosion.”

Since Israel began it’s assault in Gaza Time Magazine estimates more than 750 Palestinians, mostly innocent civilians, have lost their lives and thousands have been injured. Two Israeli civilians have been killed by rocket fire into Israel, and 29 Israeli soldiers have died in the assault on Gaza.