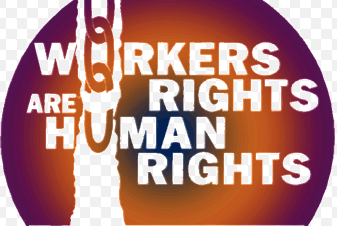 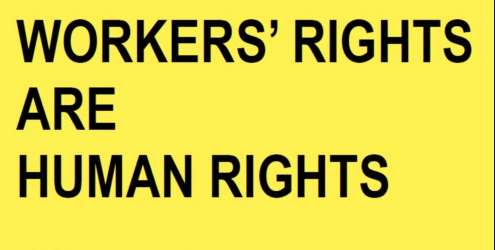 Across the union movement we have seen a number of documented cases now where companies are liquidating their business in order to avoid their legal obligations, in terms of paying the minimum entitlements to their workers.

The most recent example is the case of Momo Tea. Momo Tea workers raised a case related to unpaid wages and annual leave among other breaches to their minimum workers rights. The workers say they were bought into a meeting and told by their employer that because they had raised these breaches the company would be liquidated and they all had to clean up the restaurant and leave as they had lost their jobs. The following day, despite the liquidation, the restaurant carried on trading. The company had simply transferred workers from their other restaurants to cover the shifts.

In most countries there is a law, that once you have liquidated your business, the first creditor that the company must pay is the workers. In New Zealand we don’t have such a law. Increasingly this loophole is being exploited to avoid paying basic minimums. This sort of behavior actually weakens the compliance and the enforcement framework of the labour law and reduces the deterrent factor of any financial sanctions to be imposed on these companies.

Labour inspectors have the ability to uplift the corporate veil and attack directors of companies, in relation to minimum standards breaches, if there is an ability to prove that the director knew or ought to have known that these breaches were occurring. However there’s no real justification for this only to be enforced by the labour inspectorate, why aren’t workers able, or workers through their unions, able to pursue that themselves? The current amount of labour inspectors to actually police minimum entitlements and run cases is entirely insufficient anyway.

There really needs to be a question around how are we going to resource protection of vulnerable workers in this country. Having strong trade unions that can work with migrants is always a better way to empower workers to protect themselves. If we are serious about dealing to new migrant exploitation then employment law frameworks need to be union friendly. It’s also a challenge to trade unions to reconsider the way in which we engage in order to appeal to new migrants.

We have limited liability companies as part of a capitalist economy to stimulate innovation, and to protect people who want to become ‘wealth creators’ however what that seems to mean in real life is protection for people who are exploiting people. We need to say if people are going to run companies that exploit people, and if they know, or ought to have known, then they shouldn’t be able to run a company anymore. We don’t need these people running businesses in our country, there’s plenty who want to run a fair company and pay people correctly. We’re talking about minimum entitlements after all.

The ability of First Unions migrant wing Unemig or any social sector group to take all of the cases of exploitation out there on an individual basis and win those remedies individually, is not sustainable. What we need to be doing is using these cases to profile, raise and push for law reform. As well as any legal approach, we need to be naming and shaming employers responsible for this behaviour.

It’s important that we’re engaging with the community and asking how do we want to have migrant workers treated in New Zealand and how can we structure our laws and our society in a way that does not allow people to be exploited by these companies.