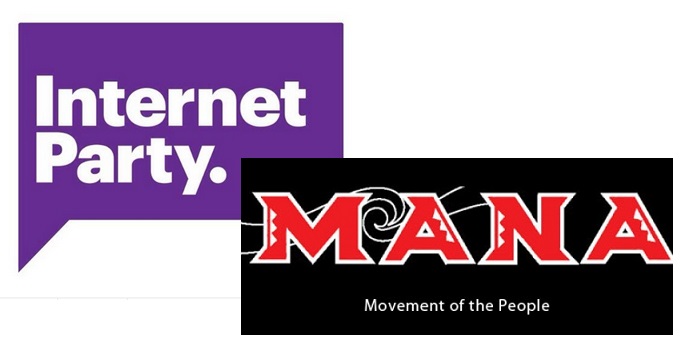 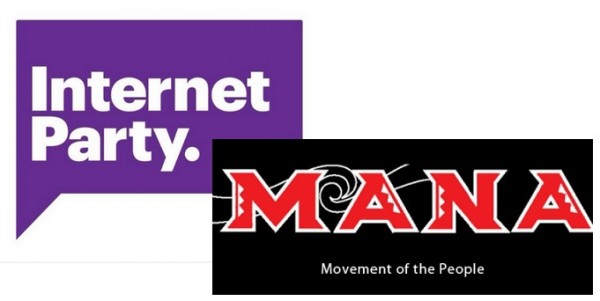 Commentators seem surprised at the popularity of the Mana/Internet phenomenon. The ultimate ‘odd coupling’ is doing reasonably well in the polls at over 2% support, and Right Wing pundits are guessing that the Party might even reach 5% by the time of the election campaign proper. Right Wing scaremongers inevitably have their own interests in downplaying the strength of Labour and overstating the power of the furthest on the left, but Kim DotCom’s entry to the political contest certainly makes things lively, and with Mana, offers those seeking a left wing voice a viable alternative. Among undecided or floating voters within my peer groups, Internet/Mana comes up as a likely vote catcher, again and again.
It seems that whether you’re from the alienated left or uninspired middle ground, Internet/Mana offer a bit of everything. You’ve got a radical, renegade Maori MP who has subverted the political system while apparently not being subverted by it. A politician unafraid to call it as he sees it, who’s critical of the system, is refreshing enough, given politics’ tendency to co-opt and diminish the revolutionary zeal of even its most ardent participants. Usually too quickly, earnest new politicians become cogs in the wheel (either in the Party machine or the Parliamentary one). Hone rather, reshapes the wheel in his own fashion. In ‘Campbell Live’s ‘Meet the Leaders’ show, Hone and wife Hilda were without pretension, they were committed, and showed personal integrity in an unsanitised way not usually evident in the slick world of televised politics. They were human, humane, earnest and honest.
But there’s more: in Internet/Mana you’ve also got a large German multi-millionaire internet tycoon with a serious (and understandable) grievance with the Government. He’s a figurehead for internet freedom and for standing up against the homogenising power that is Hollywood. Both Hone and Kim DotCom represent an anti-establishment, anti-authoritarian position that appeals to many with an ‘occupy’ or ‘anonymous’ identification paradoxically seeking expression in formal politics.
The Internet Party’s appointment of Laila Harre, like Labour’s appointment of Matt McCarten could have been either an act of genius for the Party or disaster for the old Alliance comrades. (You get a sense it’s working better for Laila than it is for Matt at the moment). In Laila we have an advocate for workers and those in the margins of formal society, who embodies integrity and social conscience.
Internet/Mana have also scored a coup with their policy. They’ve out flanked current voices on the left, and adopted enough good policies to win over disenfranchised Green voters. They collectively say no to fracking, no to new seabed mining and drilling, no to GE, and yes to clean energy….
Internet/Mana have cunningly carved out a niche for themselves on the left which was otherwise unoccupied ground. The big question will be, however, if enough other willing suitors on the more centrist left get enough votes to give these policies a place in a new Government.