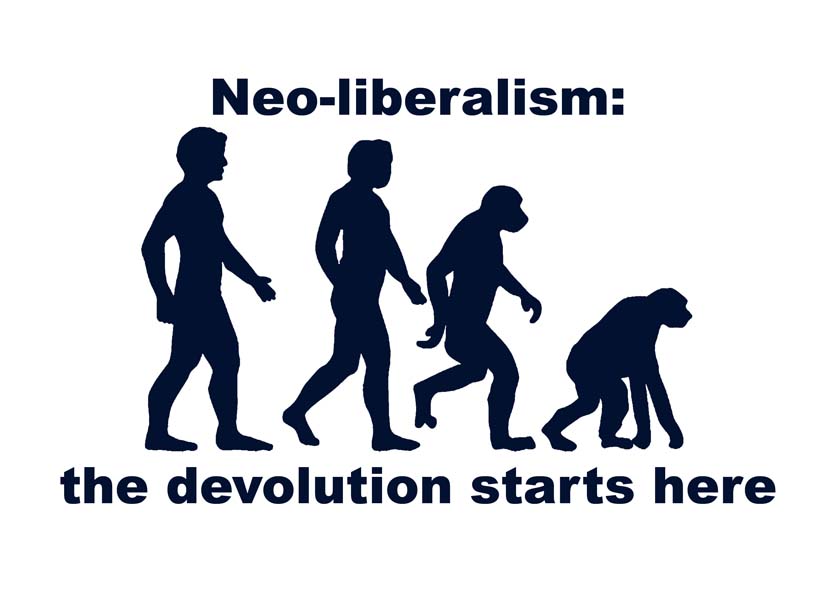 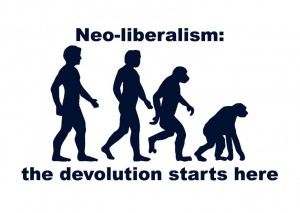 Back in the 16th century, good Queen Bess said to her Privy Council of advisors something along the lines of: “I want your free, frank advice, without consideration of fear or favour.”  In other words, tell me what you think, and don’t expect either a new estate, or a beheading.  New Zealand inherited those traditions.

The public service was born.

In 1988 that Elizabethan Privy Council ethos, that moral compass of professional independence and at least an attempt at recognising practical wisdom as a virtue, was subjugated to the new world order of Treasury and the quasi-faith in the market.

The State Sector Act of 1988 was the tool, implemented by the Lange-Douglas government of 1984-1990.  But it was only the tool.  The real culprit was the new ideas, the new concepts through which we ought to determine policy: rational choice theory; a world ruled by personal gain, not a sense of community and individual purpose; a world in which all interactions are essentially transactional market exchanges – such as selling my obedient labour for your desired outputs – a focus on things, not people and purpose.

The Cult of Treasury was on the rise, and, lacking as that cult does in any self-reflection through the usual philosophical tests – clearly false assumptions, poor logical structure, observed contradictions in the real world, logical consequences that are untenable – it remains so.

This rigidity of dominant ideas, dominant concepts through which we see, was well articulated by Jane Jacobs(1).  She argued that the entrenched and false metaphorical concepts that underlie so much of what we assume are ‘rational’ (2)processes, are only finally brought down when the real world provides the ultimate test – an irrefutable collapse.

When the consequences in the real world come slowly – over decades or even generations (think climate change, planetary resource limits, an economic theory based on false assumptions, as well as the destruction of the functional core of the public service, etc.) – then:

“it is seldom the evidence itself that is slow to appear; rather, observers are blind to evidence or emotionally can’t bear to credit it.  This is why the crashing of the Berlin Wall was required as an exclamation point, after unheeded evidence of many decades reported that Marxism was untruthful as an economic theory.”

Jacobs argued that the situation is made worse by our change in focus within ‘education’ toward mechanical principles of measured standards, obedience, and dealing at the level of outputs rather than values.  She argued that, at least in the Anglo-American world, changes to our education systems are reducing our capacity to make change prior to an irrefutable – and potentially disastrous – wake-up call. The mechanical technocrats have raised ‘credentialing’ (whether as ‘standards’ or degrees) above education’s purpose to further the capacity in our people to see, create, engage, dialogue and think.

Neo-liberalism presents itself as the champion of freedom and choice and the individual, but its modus operandi is highly centralising and controlling.  It is strikingly similar to Marxist solutions in many ways: mechanical and impersonal in construct; hierarchical and authoritarian in practice; accumulative of power (though with different beneficiaries; states vs. corporates and the super rich); marginalising of alternative thought and dialogue especially where it involves critique of its inner workings; and relying upon ‘rational’ utilitarian ethics rather than concepts of socially-cohesive virtues or duties.

The question is, do we have to wait for the real-world ‘exclamation point’ to recognise the problem and change, or can we demonstrate an ability to think our way out?

Calls for reflection seldom come from within the group zealously committed to the era of neo-liberal reform, though we do have thought leaders who will question.  Back in February 2014, former Prime Minister Sir Geoffrey Palmer called for a royal commission of inquiry into how we could make the public sector better.  He was making the challenge because the public service is not in good shape.  He specified bow it was failing, and he pointed the finger directly at that State Sector Act of 1988 as the cause of that failure.  He claimed that some of the reasons why things are not good in the public service world are due to the rise of managerialism and the cult of the all-powerful Chief Executives, the loss of expertise, and the appalling morale.  Then he outlined some possible issues and options that an inquiry might consider.

Sir Geoffrey’s highly logical thesis caused a ripple of concern for a nanosecond or two.  A few ex-public servants got a little excited for a while.  I was one of them.  And then the damp squib went out.

Which rather highlights Jacob’s thesis above.   The dying of the damp squib of concern creates doubt about whether we can make any necessary change without a potentially very nasty ‘exclamation point’.

We certainly cannot expect it from Treasury.

Back in the 1990s, less than a decade on from the State Sector Act that started all the destruction of the public service – and I mean ‘service’ – one of my policy colleagues was a respected ex-MP.  I gently chided him over office coffee of the powdered kind that perhaps the worst thing the 1984-1990 Labour government did was enact this State Sector Act.  I know, a big call given the destruction and corporatisation of old operational departments, but hear me out.

He would politely riposte with talk of ‘efficiency gains’, ‘accountability’ and ‘greater effectiveness’; all cliché-laden Orwellian Newspeak non-thought Big Bertha PR leaflet barrages that seem highly meaningful to those that just love the metre and rhythm of 10-second sound bites.  I’m unconvinced he believed any of it, but loyalty runs deep.

All this jargon was part of the conceptual framework embraced by some of the zealots of a neo-liberal economic persuasion – corporatise, deregulate, ‘reform’ by redesigning every social space using the market transaction and machine metaphors (spaces that were not acknowledged as ‘social’ but rather a collection of individuals acting selfishly), and privatise.

Key to that agenda was to bring the same principles to bear on the public sector, to rebuilt it in the image of the corporation; ‘efficient’, focused on its bottom line, delivering of its outputs as defined by the chairperson (Minister) and directed through the Chief Executive Officer (who were once called Director-Generals, Secretaries, and in local government, Town Clerks).

Stan Rodger, the State Services Minister at the time, or at least his speechwriters, put it this way:

“There is scope for improving efficiency in the public sector. This will increase our ability to reduce the government deficit, lower taxes, and provide income support and social services for those least able to help themselves. In the case of trading operations inefficiency can represent a tax on their customers. The essence of the problem is that the public sector needs to be adapted to meet the management needs of a modern economy. The present environment can be frustrating not only for those who have to deal with public sector organisations but also for those who have to work in them.”

So the public service was painted as unresponsive, old-fashioned, out of touch with the ‘modern economy’ and wasteful.  There was undoubtedly scope for some better performance, even though he chose not to define what ‘efficiency’ meant.

Some challenged his view by pointing our that we could ‘efficiently’ destroy an ecosystem with a bulldozer rather than a shovel, so any concept of ‘efficiency’ had to be qualified to have any meaning.  You can be ‘efficient’ of cost by centralising all functions into one city – Wellington – better still, one building.  That doesn’t make it more ‘efficient’ or ‘effective’.  It is highly likely to make the whole thing worse.

Others pointed out that you can take accountability to the bean-counting point where most people employed either collect beans or count them, and that beyond a certain point of monitoring, the whole charade turned into a wasteful, rigid, non-thinking nonsense.  The early 20th century French had perfected this government bureaucracy, and here was New Zealand doing the same, while claiming it was all going to turn out as wonderfully effective administration.

Yet others pointed out that much accountability was more about covering your own butt by putting the brain in neutral and blaming the model.  Heaven forbid you encourage judgment and the can-do attitude to local context and change over time when the situation demanded it.  Far from being more thoughtful, responsive, knowing, wise and engaging with the public in the face of a complex world, the public service has become less of all of those capacities.  Sir Geoffrey was right to raise his concerns.

John Ralston Saul lambasted what he referred to as this ‘Dictatorship of Reason’ in his Voltaire’s Bastards.  His examples of top heavy, hierarchically and status-orientated administrative minds stifling those with the ability to think and judge within any real localised context, are more than persuasive.  They are also darkly amusing, as long as you don’t dwell on the horror and death perpetrated by puffball Colonel Blimps.

The ‘management needs of the modern economy’ suggested by Stan Rodger demonstrates a faith that a corporate-style dictatorship staffed by people who know less and less about any specific field – whether education, health, or innovation – would create better outcomes by focusing on quantitative outputs, performance measures, obedience and rigid annual project plans.  Who needs knowledge, judgment and personal purpose of service if you are a robot to hierarchical order and you are defined by job descriptions and project plans.  People are as substitutable as cogs and widgets.

Following neo-liberal ‘logic’ poor public service performance must be so because not only is the public sector staffed by individuals who have no ethos or purpose outside themselves, but it is a service existing outside the magic influence of the market.  Never mind the evidence that the performance of the public sector relative to the goals with which it was tasked suggested that it wasn’t so bad in practice, it didn’t work in theory.  It must be bad, so it is.  Using this devastating logic, the proponents within Treasury made a relatively competent public sector worse, when if they had bothered to understand the complex role and purpose of the sector, it could have been made better.

Sir Geoffrey’s call for reform is highly valid, but any chance of reforms achieving a positive outcome is dependent upon refuting the ideas that underpin the reforms of 1988.  That means not listening to the neo-liberal ideas of Treasury.  That effectively means reducing Treasury to counting beans, which they appear relatively competent at doing.

2 – By ‘rational’, Treasury prefers that there is little context involving shifting qualities or personal experience (staff with practical experience are ‘biased’, whereas those without real world context are apparently wise beyond compare) or, heaven forbid, morality beyond $-focused utilitarianism to sully the purity of the quantitative model.

Chris Perley was born on the East Coast. He has a philosophical bent, and uses it to challenge the conventions that shape our world and our actions toward each other. He has an extensive background in land, community and regional economies across practice, policy and research. His particular interests are in how we realise the potential of place, and that isn’t by treating land like a factory and people like obedient cogs. He leant a lot working in policy – principally that the agenda of neoliberalism is quasi-religious, uninformed by either history or philosophy, runs mad-eyed scared from debate, and is completely bonkers. Chris has his own blog chrisperleyblog.wordpress.com and is a Green Party candidate in Hawke’s Bay.