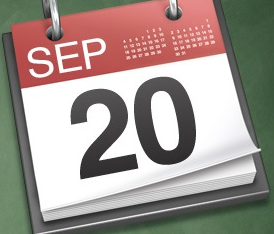 July 19 – Yesterday, I received this poll, sent by TVNZ to my email.

What I found very interesting were some of the question relating to issues that have not been discussed – literally – for decades. The question regarding free tertiary education is again an election issue. This is something we can attribute directly to the rise and rise of the Mana-Internet Alliance.

The questions (and answers I gave) are presented here as screen-shots. (Only the final two pages are not included, as they contained some personal responses and details. My preference for which Party I will be endorsing with my Party Vote for will be the subject of an up-coming blogpost.)

It is a shame that the “anti-smacking” question (above) was put without real reference to what the law actually states. If people actually knew the actual nature of the  repeal of section 59 of the Crimes Act, they might be more inclined to vote as I did. It is a fallacy that the repeal of Section 59 banned all smacking and is a deliberate distortion promulgated by neo-conservatives and religious right elements in our society.

I responded somewhat “lukewarm” to the question about compulsory Kiwisaver (above). The problem of compensating low-income earners and beneficiaries should be taken into account along with implementing compulsion. Forcing the poor, who might be currently living in garages and unable to afford even the basics, to save for Kiwisaver would be an untenable proposition and a farce.

Targetted superannuation invites the growth of a labyrinth of rules, exemptions, asset-income testing, and an associated invasive bureaucracy. Better to have Universal Superannuation,  alongside a comprehensive progressive tax rate  that claws back super-payments by slightly higher marginal tax rates.

And the final tranche of questions;

It is interesting to note that questions regarding tax cuts were omitted. I would have liked to have seen what New Zealander’s attitudes toward cutting taxes would have been. Especially if the question was framed as a choice between more tax cuts and less social services.

Now that would really have been a barometer of our nationwide psyche!

Now we just have to await the outcome of this poll…