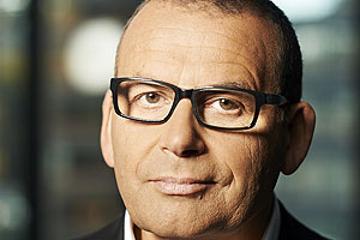 If there is one thing that Tania Billingsley has raised in this country, it is focusing the glare of public scrutiny  on New Zealand’s casually sexist and demeaning attitude toward women. Some refer to it as a “rape culture”, where men (and generally speaking, they are men) hold the most repulsive attitudes imaginable toward  women.

I’m not even referring to rapists, molesters, and men who beat (and often kill) their partners senseless.

I’m referring to the casual acceptance of views toward women that are more suited to less enlightened societies, than a supposedly advanced, well-educated nation like ours. It is views of some men who – whilst not abusers and rapists themselves – are enablers of attitudes that empower the abusers and rapists by creating an ingrained belief that they are entitled to abuse and rape. Somewhere in the back of what passes for the minds of abusers and rapists are the comments they’ve read and heard elsewhere in society; that it is ok to mistreat and violate women. (Though they have to be over 16 to be abused and violated. Anyone under that, and the abuser/rapist is labelled a paedophile – which is evidently still ‘not ok” for misogynists. Yet. But working on it.)

The mainstream media also has a culture of sexism, ranging from crass innuendo and exploitation of women,  to outright violence.

Case in point is the media personality-cum-village-idiot, Paul Henry.

Henry has a track record in boorish behaviour, more befitting an immature, adolescent male, rather than a mature man who should know better.

As Mike Kilpatrick wrote for Fairfax media on 16 July, Henry’s obnoxiousness reached a nadir when he interviewed Dr Michelle Dickinson, a scientist working at Auckland University;

To quote the Auckland university directory, Dr Dickinson’s  areas of expertise are;

Dr Michelle Dickinson obtained her PhD from Rutgers University (USA) and her MEng from Manchester University (UK) in Biomedical Materials Engineering. She has previously held positions in industry which brings an applied focus to her academic research.

Her research is involved in measuring the mechanical properties of materials from the nanoscale through to the macro scale, specifically using indentation techniques.

She has a special interest in biological material behaviour and adapting traditional engineering measurement techniques and models to suit realistic biological testing conditions.

Dr Dickinson is a scientist with serious credentials*.

Which makes what followed next all the more jaw-droppingly unbelievable.

After a cursory interview with Dr Dickinson, Henry then asked a  question of mind-blowing, crass sexism, as Kilpatrick  explained in his Fairfax piece,

Henry then shows a photograph of Branson hugging Dickinson and then asks the question “Did you have sex with Richard Branson?”.

Note the question; “Did you have sex with Richard Branson?”.

For those with kevlar-lined stomachs, they can see the interview here. The offensive remarks are 5:21 into the interview.

To illustrate the sadly-all-too-predictable consequences of Henry’s  comment, read the public comments – 425 as at this blogpost – which followed Kilpatrick’s story. Note the attitude of  those who think that Henry’s comments are acceptable. Note the casualness of acceptance of a remark that, in other circumstance, would be utterly unacceptable in normal social circles, and result in oppobrium.

Is this to  be the new benchmark standard for female guests for TV3?

What do female staff and management think of Henry’s remarks? Would they be comfortable if comments like that were directed at them? Or their daughters?

What does Sussan Turner, Group CEO of MediaWorks think of being asked – in public – who she’s recently had sex with?

If not, why do TV3 executives think that such comments directed at Dr Dickinson were remotely acceptable?

Allow me to remind TV3 executives, producers, staff, and presenters;

After all, this is precisely why 99% of New Zealanders were so horrified at the degrading  behaviour of a group of young men calling themselves “Roastbusters”.

At least the “Roastbusters” had the excuse of youthful stupidity (a crime I was guilty of, in my own youth).

Paul Henry has no such excuse.  He is a supposedly mature, responsible, 54 year old man.

I agree with Mike Kilpatrick. Henry’s comment was beyond the pale. He must resign, or be sacked. Unless New Zealanders are comfortable with more and more abhorrent, gutter-level attitudes being expressed by “media personalities” and broadcast into our homes, this kind of behaviour cannot be allowed to become a new norm.

Changing channels is not a practical option. Not if this kind of behaviour is to be normalised throughout the electronic media.

No wonder Jimmy Savile and Rolf Harris were able to inflict their decades-long reign of predatory-terror on hundreds of children and women. It had become acceptable and normalised. No one thought to speak out. And if they did, the new normality meant their cries for help fell on deaf ears.

Their behaviour was anything but.

Well, Mike Kilpatrick has spoken out. And I add my voice to his. I refuse to give assent by silence. I refuse to turn my back on behaviour that, to fair-minded people, is just plain unacceptable.

TV3 – Paul Henry has no place in broadcasting.

* Though all women, regardless of education achievements, professional status,  etc, should be treated with respect and not with degrading sexist attitudes that are demeaning and promote a culture of casual misogyny.

from: Frank Macskasy <fmacskasy@gmail.com>
to: Producers <paulhenryshow@mediaworks.co.nz>
cc: Mark Jennings <mjennings@mediaworks.co.nz>
date: Fri, Jul 18, 2014 at 12:10 AM
subject: Paul Henry Show – Asking a female guest if she’s had sex with a businessman – is this OK?

Please refer below to a draft of a story which I intend to publish regarding remarks made by Paul Henry on his show, on 15 July and directed at his guest, Dr Michelle Dickinson.

I would appreciate your response to the issues I have raised and what remedies, if any, Mediaworks intends to make before I proceed further.

[Draft copy of this blogpost included as in-text]

I received a response the same day;

from: Paul Henry Show <PaulHenryShow@mediaworks.co.nz>
to: Frank Macskasy <fmacskasy@gmail.com>
date: Fri, Jul 18, 2014 at 5:26 PM
subject: RE: Paul Henry Show – Asking a female guest if she’s had sex with a businessman – is this OK?

TV3’s company culture is one that highly values equality and equal opportunity. Our news and current affairs division has often led the debate on how women are treated in New Zealand culture, including two of the instances you mention – a 3 News investigation uncovered the Roast Busters group and led the subsequent coverage, and Tania Billingsley recently told her story on 3rd Degree.

The question line taken by Paul in Tuesday night’s interview with Dr Michelle Dickinson was checked with her before the interview, and Dr Dickinson has confirmed she was not offended at the time, and is not offended now. The question was not asked without Dr Dickinson’s okay. She is an intelligent and articulate person who has appeared on the show many times and can hold her own with Paul (and anyone else). Dr Dickinson has since made her views on the interview clear and it is worth paying her the respect of reading her blog at http://sciblogs.co.nz/nanogirl/2014/07/17/science-sexism-and-the-media/

For the record we completely reject the comparisons your email makes between Paul Henry, and the actions of the Roast Busters group and of renowned paedophiles Jimmy Saville and Rolf Harris. Such comparisons are irresponsible, lacking in fairness and balance, and verging on defamatory.

I’m afraid it’s just not possible to take your blog or questions about TV3 seriously when they are written from a position of such ignorance.

For the record, I did read Ms Dickinson’s sciblog post, and have several points to make;

Fairly simple, straight-forward questions I would have thought?

Or perhaps they would prefer to discuss their sex-lives, if it’s easier?

A list of  companies advertising during the Paul Henry Show on 16 July;

Dependent on TV3’s actions to follow, this blogger will be contacting the above advertisers next and posing three very simple questions; do they want to be associated with a TV show that promotes sexist denigration of women? Do they want to risk having their reputations tarnished when this story goes ‘viral’ in the blogosphere and social media? And is this what they are paying their expensive ad-slot times for?

Sciblogs: Science, sexism and the media