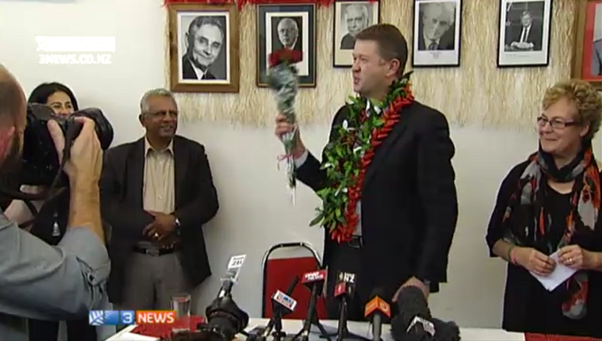 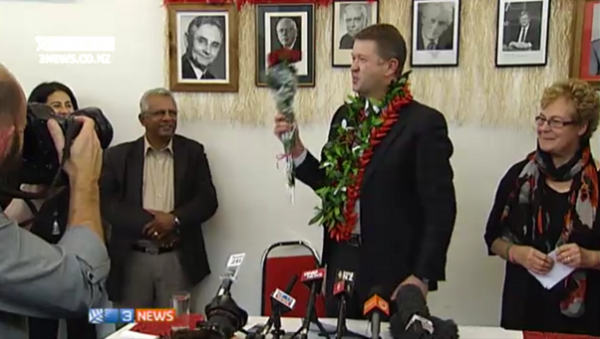 MUCH SCORN has been heaped upon the claims of Fairfax political journalist, Vernon Small, that a change of leader could rescue Labour’s electoral fortunes. But shooting the messenger, as so many have done in relation to this story, is a poor substitute for studying the message. Especially a message like this one!

According to Small, if every person who claimed they would vote for Labour if David Cunliffe was no longer its leader kept their word, then support for the party would skyrocket. From its present parlous position, located somewhere between 23 and 25 percent, support would rise by an astonishing 13.5 percentage points to an election-winning 38.5 percent.

Whether this projection is statistically valid or not interests me much less than what the numbers cited by Small tell us about the political preferences of the electorate.

Clearly, there is an extremely large number of voters (several hundred thousand) who would like to vote for the Centre-Left but are disinclined to so while it remains in its current state.

At the heart of this disinclination is the Labour Party itself. Looking at it, they see a tortured, internally fractious, ill-disciplined organisation peopled by individuals who clearly loathe one another, and who seemed determined to not only lose the Election of 20 September 2014 – but all subsequent elections.

Not surprisingly, the person they blame for this state of affairs is the Labour leader, David Cunliffe. In spite of so obviously wanting the job, the general consensus among centre-left voters is that, having got it, he has made a God-Almighty mess of it.

Cunliffe’s tentativeness and outright bumbling has both surprised and disappointed his supporters. He had led them to believe that if Labour’s members and trade union affiliates made him their leader he would lead his party in double-quick time back to its democratic socialist roots. But, when Labour’s rank-and-file did exactly as he asked, Cunliffe spent the next three months doing three-fifths of bugger-all.

There is now a widespread feeling that, in some way extremely difficult to put one’s finger on, all those who backed Cunliffe have been duped.

The thing is, after all that talk about taking Labour back to its core values; after brandishing a bunch of red roses and proclaiming them “the international symbol of socialism”; after responding “you betcha” to a question about raising taxes; Cunliffe, as Labour’s newly-elected leader, saw his party draw 37 percent support in the Roy Morgan opinion poll. And that number is as close as dammit to the number Vernon Small was citing as the level of support Labour could expect if the Caucus dumped Cunliffe and elected someone else to lead the centre-left into the general election.

Left-wing voters may have taken their phone to Cunliffe off the hook, but their direct line to genuine Labour policies remains open.

We should forget all about the mythical “Centre”. Political journalists may believe it exists, but the evidence suggests that, overwhelmingly, people continue to subscribe to the belief systems of either the Left or the Right. What really determines the outcome of elections is how faithfully voters believe “their” party is reflecting the values it claims to represent. If a substantial body of Labour’s potential supporters feel cheated by their party’s perceived backsliding and/or equivocating they will hold themselves aloof and, if the situation is not rectified, may even decide to sit out the next election in protest.

If  it’s true, this theory of voter motivation spells extremely bad news for all those in the Labour Party campaign team who have pinned their hopes on getting out the Labour vote. Because a significant proportion of those abstainers aren’t staying home because they’re lazy or apathetic, they staying at home because they feel let down by the person and the organisation upon whom they had pinned all their hopes, and which has turned out – once again – to be something much less than promised.

How questions are asked by pollsters often shape the replies they receive. Ask about leaders and people will think about leadership. But is that what the Fairfax-Ipsos pollsters have really revealed? Is it not possible that Vernon Small has afforded us a glimpse – albeit through a very grimy statistical window – of an important and quite likely definitive truth about this election? That Labour and its allies could win – but only if they can convince those hundreds-of-thousands of electors who so desperately want to vote for them that their votes will not be wasted. That the change they need will be the change they make.