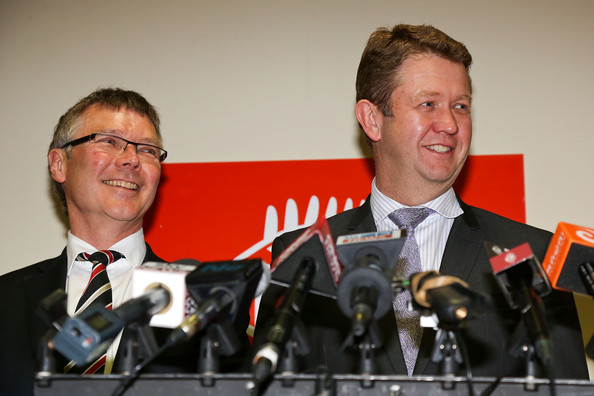 The headline number at this weekend’s Labour Congress was a very good speech from David Cunliffe, the centre-piece of which was the well-received announcement on class sizes. The Congress ended on a high note, with delegates energised and positive media coverage of Labour’s education policies – an issue that has real electoral bite for most New Zealand families.

There was however another very significant speech delivered at Congress. It took place the prior day when there was more of a focus on party organisational matters and it subsequently received less media coverage. But in the way in which it clearly pieced together the social democratic vision and framework that will drive the next Labour government, it may rate as the most important address given by a senior Labour politician in recent years.

David Parker’s “I am an egalitarian politician” speech drew together the threads of thinking and policy development that have occurred over the past six years in opposition and showed how the sixth Labour government will differ not only from National, but also from the fifth Labour government. The Clark administration left a legacy that the party can take great pride in, but fifteen years after its election, and in the wake of a Global Financial Crisis that has brought the failures of the free-market more sharply into focus, there is a need for Labour to redefine its objectives in government and  to present a positive vision that will mobilise the necessary coalition of support to govern.

The proposition that won government for Labour in 1999, will not be sufficient to win in 2014.

Having worked with David Parker on the Labour Policy Council over the past three years I am quite sure that few people have thought as creatively and carefully about this challenge as he has.

At the core of the framework laid out in the Parker speech is a clearly articulated belief that we cannot neatly delineate between economic, environmental, or social success, and that making false choices between any of the three will compromise the original objective and our overall well-being:

But it’s not a choice. You can have both. To quote Herman Daly, a senior economist at the World Bank “the economy is a wholly owned subsidiary of the environment”.

The New Zealand Institute for Economic Research says “one of the biggest issues of this generation is the widening gap between the haves and have-nots” and that “the gaps opening up in New Zealand are really big across geographical, race and education lines.”

That famous firm of Wall Street socialists – Goldman Sachs – and the world’s richest investor – Warren Buffet – agree that the egalitarian society is being destabilised. Productivity and wage growth are being undermined, by inequality.

We will do better as a nation if we get back into a broader balance.

Parker goes on to state the driving focus of his and Labour’s political programme, one that neatly accords with the campaign tagline ‘People Matter Most’:

I am proud of the leading role Labour takes on climate change, renewable energy, clean rivers and air. I will come back to the environment – which should not be divorced from economics – but, again, it is not the strongest force in my politics.

My political heart lies in what has become something of a quaint notion these days, the notion of an egalitarian society.

Perhaps it’s because of my Southern Presbyterian roots.

It’s not just about equality of opportunity. It’s about decent outcomes as well.

Outcomes like having good jobs to choose from. Having a fair share of income and wealth. The ability to save and buy your own home. Having security and a nest egg in retirement.

As the poem which Tony Judt used as the title of his fabulous book says:

“Ill fares the land, to hastening ills a prey, where wealth accumulates, and men decay.”

The recognition here that outcomes matter too, is key. The anglo-saxon social democratic settlement of the 1990s and 2000s shied away from too much discussion about inequalities and outcomes. After twenty years of neo-liberal onslaught that had stripped away the power of many of the mid-century institutions relied upon to deliver just distributional outcomes (trade-union led collective bargaining chief among these), the position was that we could manage the economy competently, drive innovation to boost incomes, and re-distribute in the time honoured way to give everyone fair opportunities.

It was a reasonable policy proposition at the time. In New Zealand it delivered nine years of progressive Labour government, many gains for working and middle class families, and left our country better prepared to face the GFC than most of our compatriots.

What the GFC revealed however was that many of our fundamental structures remain rigged against ordinary people. Whether it is a labour market which in the year of the ‘rockstar economy’ left 46% of workers with no pay increase, a tax system that allows unearned and untaxed capital gains to accumulate while those in the bottom ten percent have a negative net worth, of the obscenity of an energy market that books the value of our natural resources on the balance sheet while relentlessly increasing charges on ordinary consumers, it is clear that the egalitarian society David Parker speaks of cannot simply be created by upping taxes and re-distributing after the fact.

The ugly term most commonly applied in the UK for addressing these issues at a fundamental level rather than just through re-distribution, is ‘pre-distribution’. For my part I prefer to think of it as creating ‘Just Structures’. The term comes from the mission statement of my church, the Anglican Church of Aotearoa/New Zealand which seeks “to transform the unjust structures of society”. It is a recognition that systemic injustice does exist, and that it is the responsibility of those of us who believe in something better to pull it down and in its place build structures that allow people and communities to reach their potential.

It is also a more rational policy approach. Why wait for problems to arise because of unjust structures, and then try to repair the damage? The hurt is done and the costs (social and fiscal) have accrued already. In other theatres of life it is a trusted principle that it is better resolve problems at source rather than apply sticking plasters later – it strikes me as extraordinary that we often take the reverse approach when dealing with large public policy issues.

The great Labour governments of the past have been at their best when they are building and creating, not simply adjusting tax rates and budget lines. Think about the Social Security Act, ACC, the awards system, or Kiwisaver. All were in a tradition of building institutions that put the needs of the people first, and so is David Parker’s speech, in both pitch and detail.

The policy work of recent years now begins to align. Just Structures will be built in housing, where Kiwibuild will provide 100,000 families with warm, dry, and affordable housing where the market has failed, in the electricity sector where NZ Power will ensure that provision of one of the most basic utilities will be at minimum cost, in the tax system where CGT will ensure that the systemic unfairness of massive capital gains being untaxed will be overturned, and in the labour market where a significantly hiked minimum wage and support for the Living Wage will directly lift many thousands out of the grind of subsistence level living.

The contrast is stark. On one hand, a National government that cuts deals, manages situations, and avoids big questions, or a Labour-led government that sees the promise of our people and communities and builds the Just Structures that will lift us all up. The power of David Parker’s speech is that it brings together this vision with a solid policy framework and a positive appeal to the many New Zealanders who know that we can and should do better.

Michael Wood is the Labour candidate for Epsom. He is an elected member of the Puketapapa Local Board, with a background as a union negotiator and retail worker. As co-Secretary of the Labour Policy Council he has been involved in the development of Labour’s Policy Platform and Manifesto. He has two young boys, a smart-as wife, and loves cricket and Pink Floyd.