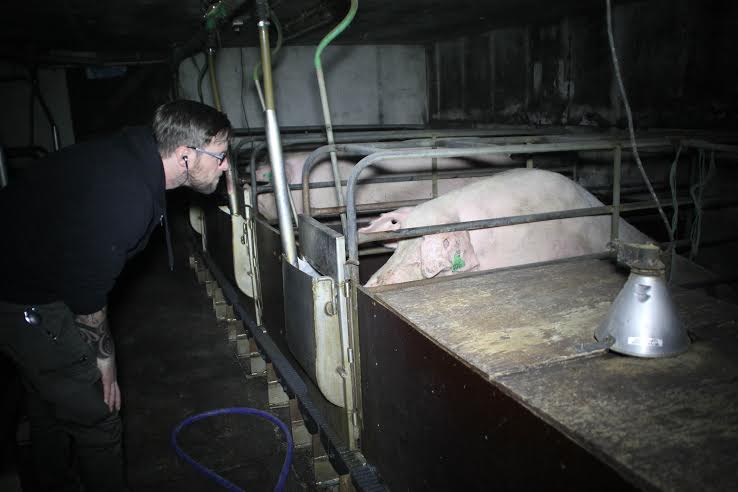 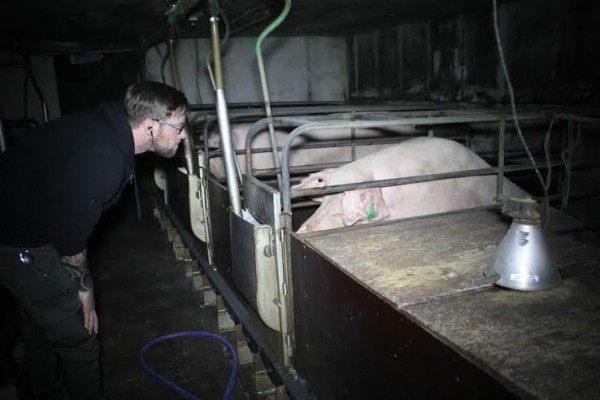 I was a kid on pig farms in the 1970s. Piglets were castrated using a scalpel without anaesthetic, wire cutters were used to trim their teeth and cut off their tails. Wire was forced through their sensitive snouts. Row upon row of sows were trapped in barred cages confining them to a single position, unable to turn around and separated from their piglets. The air was full of dust, no sunlight penetrated. The pigpens were sluiced with cold water, the floors were barren. These highly intelligent animals were imprisoned as breeding and meat machines, never seeing the light of day.

If the shocking revelations disclosed by FarmWatch are anything to go by, at least some of those derelict, Dickensian pig farms have got even worse.

Concerns about pig welfare go back to at least the 1960s, but the Ministry for Primary Industries, its precursors and the Pork Industry Board justify the systematic ill treatment of pigs ‘because it’s more productive’, ‘leads to less piglet mortality’, or because of ‘the long lead in time for modifications to piggeries’.

In nature, pigs live in stable social units, seek sheltered nesting spaces, feed and root in the soil, and use their snouts and mouths to explore the environment. In nature, sows remove themselves from the herd a few days before birth, create a nest from straw and leaves, and stay with their piglets separate from the herd for a week to 10 days, weaning the piglets only after four or five months.

In New Zealand some pig farms have more than 1000 pigs. Piglets are weaned after only about 28 days, after which sows are impregnated again. Sows can’t turn around, they can’t nest, and they can’t wallow in mud, or root in the soil. Even under the current Code of Welfare for Pigs, unsedated castration, teeth and tail clipping are permitted for young piglets.
Farming is inherently cruel and treats animals like commodities or things. Minimum welfare standards are inadequate, and enforcement lax. Unacceptable abuse obviously occurs. We have only 11 compliance officers for 100 million farm animals, meaning much goes on unseen.

Opposition parties are now vowing to outlaw ‘Factory farming’ by 2017. There are concerns about what that means – a redefinition of terms but little change? or nothing, if National get back in.

Evidence shows that people are willing to pay more for welfare friendly meat, (though this varies across consumer groups) though ideally, for the animals and the environment, we wouldn’t eat it at all. After the expose by FarmWatch, consumer backlash has increased – note the commitment to a pork boycott by consumers, or to eat only ‘Freedom Farmed’ pork. But the light shining on current farm practices undermines public confidence in certification schemes given that at least one of the farms was certified under the ‘CarePig’ label. In fact, they couldn’t have cared less for the pigs.

There’s no substitute for monitored regulation of industry to ensure humane standards are met, but in the meantime discerning consumers will increasingly reject pork. Farmers who legally and illegally mistreat pigs are an enemy of the ‘pork’ industry as well as of pigs.