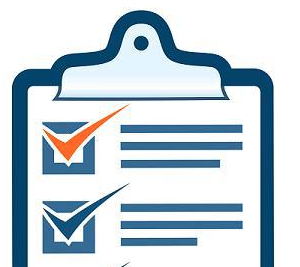 Over a year ago, in March 2013, I raised the issue of cellphone users  not being polled  by the major polling companies, with the exception of Roy Morgan. To polling companies such as Reid Research, UMR, Ipsos, Colmar Brunton, Digipoll, etc, people who rely solely on cellphones are “invisible” when it comes to surveying.

As I wrote on 8 March last year,

“If the numbers of households without a landline are significant (+/- 10%), then polling companies will either have to adjust their polling techniques – or be rendered useless. Without factoring in cellphone-only households, polling companies risk becoming an expensive ‘parlour game’ with little value.”

The importance of this fact was highlighted in last year’s Census, which reported on 3 December 2013 that  14.5% of households did not have access to a landline,

I then wrote on 12 December,

“Low income families may not necessarily have credit on their cellphones – but that does not prevent polling companies from phoning in, to cellphone owners. As I blogged on 1 September, when Roy Morgan phoned me on my cellphone (see:  Mr Morgan phoned).

The up-shot of this census result is twofold;

As the story stated;

In fact, he says it is not just young people who are rejecting landlines. The latest census data shows 86 percent of households have a landline, down from 92 percent in 2006.

That means 14 percent of households don’t have a landline and because there is no directory of mobile phone numbers those people are essentially off the grid to pollsters.

Only sixteen months since I raised the issue.

And only eight months since I pointed out that the increasing sole-reliance on cellphones in many households made land-line-calling, as a sole means of contacting respondents, somewhat dubious.

“…because there is no directory of mobile phone numbers those people are essentially off the grid to pollsters.”

Which is total rubbish. Any journo writing such crap has obviously failed to do his/her homework.  A “directory of mobile numbers” is not required. I evidence that with my own situation when Roy Morgan phoned me on 31 August 2013 – on my cellphone.

In fact, Roy Morgan is the only polling company to conduct its surveys by calling respondents on their cellphones;

“Electors were asked: “If a New Zealand Election were held today which party would receive your party vote?” This latest New Zealand Roy Morgan Poll on voting intention was conducted by telephone – both landline and mobile telephone, with a NZ wide cross-section of 817 electors from June 16-29, 2014. Of all electors surveyed 5.5% (up 0.5%) didn’t name a party.”

So unless Roy Morgan is telling lies on it’s website, and I had a hallucinatory moment in August last year, Ms Jolliff doesn’t know what she is talking about. Not surprising for the Media in this country whose work has become more sloppy, superficial, and sensationalist with each passing year.

Bloggers up and down this country have been well aware of the limitations of polling companies which preclude contacting respondents by cellphone. It has been a fairly well-discussed issue for well over a year.

For TV3 to now run a “news” story on this issue shows how dangerously out of touch the mainstream media is in New Zealand.

I wonder when we’ll hear from a media company that David Cunliffe was elected Leader of the Labour Party?

Maybe “news” doesn’t necessarily have to be “new” after all?

As long as it sells advertising.

Dodgy polls, dodgy dealings, and a spot of fear-mongering