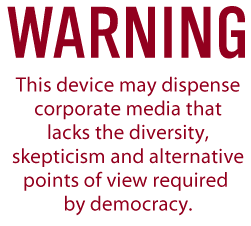 It has been a fascinating month – at times depressing – to be watching New Zealand politics from afar.

Over here in Pakistan where I am currently working we have seen the Government begin a military offensive in North Waziristan to flush out the Taliban following failed peace talks. This offensive has led to the displacement of over 500,000 people fleeing conflict and uncertainty.

Just think about that for a second: in what was little over a week, we had 500,000 people being forced to move. That’s basically Wellington city and its surrounding region.

Most of this has a direct and ongoing impact in the regions around the city of Peshawar. I will be heading to Peshawar next week, so it will be interesting to hear more about the emergency and how people on the ground are able to provide food, shelter, and hope to this mass of people equaling the region surrounding our nation’s capital.

In response to this offensive, the Taliban and associated militants are threatening retribution against Government entities and, basically, foreigners. In Islamabad, where I live, there is a real sense of tension with a feeling that something could happen at any time coloured by the airport attack in Karachi recently. I am basically living in lock down.

So, in my times of lock down, I search for respite with news from home. I mean, we have an election this year, so there must be interesting and engaging analysis from Aotearoa. A frank assessment of where our country stands, suggestions for the future targeting gaps in our societal and economic outcomes, along with charismatic leaders looking to take us down a brighter pathway.

Well, and as you will all appreciate, this last month has seen the more pernicious side of politics rear its ugly head in our governing landscape. The “gotcha” attempts by the National Party through a willing and suppliant media betray the realities facing New Zealand.

This past week, I checked the website of one daily publication where on the home page the reader was confronted with David Cunliffe apologizing for being a man, two additional headlines critical of the Labour party including an opinion piece written by a media commentator who holds another platform at 7pm every weeknight on a national broadcaster to promote a particular perspective, and a photo of Cunliffe looking awkward next to a smiling John Key.

More important than my own personal aversion, this attempt to control the narrative and pre-determine the electoral outcome by sectors of New Zealand completely undermines our democracy and plays only into the hands of the privileged.

Here is the thing: we have a moment right now. Actually, we don’t really have much of a choice when you stand back and think about it. There are two fundamental and interlinked issues we absolutely have to address as a nation.

First, we have not responded to the reality presented by the Global Financial Crisis. Instead of confronting this, we have returned to business as usual neo-liberalism with minor tinkering around the edges.

In truth, and supported now by more and more writing out of academia from Piketty et al, we need to abandon thirty years of neo-liberalism and this religious adherence to an economic doctrine that was fundamentally proven wrong by the Global Financial Crisis.

That doctrine wedges inequality further into our society, does nothing to address it, and has no plan for economies of the scale such as New Zealand as witnessed by the hollowing out of our manufacturing sector and the pushing of New Zealanders into primarily service driven employment.

As an aside, one aspect of New Zealand politics features an individual heavily immersed in that doctrine. An individual who worked for Merrill Lynch, a company so compromised by the Global Financial Crisis that it required saving by Bank of America, an almost incestuous relationship, one which I suppose the Act Party might support given its leader’s expressed predilection towards relationships of this nature. It follows that this aspect of New Zealand politics is unlikely to confront the objective reality of the Global Financial Crisis.

Second, the final reporting from the Intergovernmental Panel on Climate Change leaves no room for debate. We need to engage in policies to protect the environment, not continually exploit the gifts of our blessed country kidnapped by short-term lazy thinking.

These two themes for me are fundamental. I appreciate there are more issues to discuss, in both the macro and micro sense. But, as a citizen and someone engaged in our polity, I want to know what the options are.

In short, I want to hear positive and solution based politics.

Instead, I am served up a diet of material that takes us no further in addressing these issues. That distraction is deliberate, of course, as it serves the minority holding the reins of power.

Over the last few months we have seen some parties attempt to engage in policy debate. The roll out of key platforms from Labour show that it is a government in waiting with genuine ideas. This is supported by strong socially progressive ideals from the Greens and we clearly know the bottom lines for the Internet Mana Party. Even Act has released some policy, which is to be lauded for engaging in the discussion.

Meanwhile, we have a government with no ideas. Policy transparency is wafer thin, with the only suggestions to date being to corporatize our education along with a Labour-lite budget clearly designed as an election bribe.

The challenge for you, dear reader, is to not buy into this fog of distraction. Demand and seek out the policy ideas for our country. Bring these discussions to your family and friends, and do not fall for the pre-determined narrative.

For, if we demand positive and solution based politics, we inevitably engage our people into thinking about what their vote can do. Otherwise, they won’t vote.