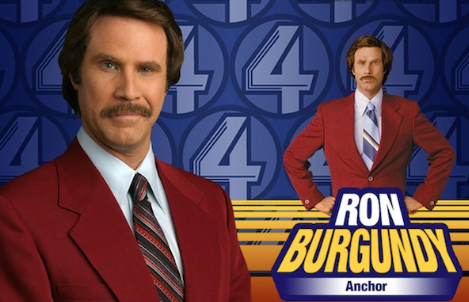 With the clock ticking down to the election, the headlines this week were filled with tidbits that were off-message, off-side and off-colour. The Left struggled with credibility issues whilst the Right wrestled with questions of competence. Meanwhile, in the most disturbing and distasteful distraction of the week, an international scandal groped its way into the local papers.

Trevor Mallard’s Moa motives remain unclear. A futurist? A fantasist? A fool? Paul Little spelt it out in the Herald on Sunday: Moa fantasy a dead duck: “In a speech that could be described as wide-ranging but would perhaps better be described as rambling, a senior member of the New Zealand Parliament advocated bringing the extinct moa back to life as a tourist attraction for the Rimutaka National Park….Rather than daydreaming about undoing the past, we need to concentrate on making sure that our nearly 3000 endangered species have a future. It’s not too late to prevent their disappearance. And it’s much easier to save an apparently doomed species than to resurrect one. Although, with this sort of thinking at its senior levels, I’m not sure that rule applies to the Labour Party.”

No one thanked Mallard, one of Labour’s longest-serving members, for introducing the concept of ‘extinction’ so preposterously into the political conversation. On Stuff, Tracy Watkins called it ‘Mallard’s mad Moa blurt’: “Labour needed Trevor Mallard this week like it needed a hole in the head. Mallard’s blurt about bringing Moa back from the dead was a gift to National who gloried in the treasure trove of one-liners about dinosaurs and extinction. Ironically, Mallard’s grand Moa plan coincided with a morning tea shout to mark him and Annette King celebrating three decades in Parliament. Even Mallard’s Labour colleagues couldn’t resist the Jurassic Park comparisons. Bizarrely, there was also a school of thought that Mallard might actually be a genius because people were finally talking about Labour. That must surely be the definition of clutching at straws, but it is symptomatic of the trough Labour has found itself in that generating any sort of chatter round the water cooler – even when it invites ridicule – is an improvement.”

Why Trevor, why? In the Dominion Post, Duncan Garner theorised that “Mallard is in trouble in his Hutt South electorate, which he knows is now a marginal seat. National is pulling out all the stops to up-end him. So Mallard set out to court some publicity with a bird-brained idea that detracted from some sensible Labour policy, offering to fund $100 for every pupil at schools that do not hit up parents for “voluntary” donations. Mallard is one of Labour’s most experienced MPs. He should be taking the fight to National. Instead he’s content to play the class clown, dragging leader David Cunliffe into the fray, who was forced to declare that the “moa’s not a goer”.  When you’re trying to present your party as an alternative government you need to stay on-message – and look like you’re ready to govern. If National gets it way in Hutt South Mallard could have plenty of time to roam the hills in his beloved Wainuiomata. No wonder he’s already thinking about who could keep him company.”

One would like to think at this late stage of the game that a government in waiting had its ducks in a row, that it had a compelling message and that that message was being relentlessly sold by disciplined disciples, undeviating in their devotion to the cause. The object of the exercise is votes not jokes. The Left is pushing a rock up a hill at the moment. This week, for reasons best known to himself, Trevor Mallard took some time out to sit on that rock. Thanks for nothing, Trev.

Meanwhile, true to form, our no-surprises Government continued to deliver surprises. In the spotlight this week was Foreign Minister Murray McCully, sprung for saying one thing in public and doing another in private. This week’s Herald on Sunday editorial blared ‘Diplomatic duplicity is a disgrace’.

“McCully insisted the ministry had asked Malaysia to waive immunity so Muhammad Rizalman bin Ismail could be tried in this country. Malaysia’s foreign minister, Anifah Aman, said New Zealand had wanted him out. McCully released letters to show Aman was wrong. Too late, McCully learned his officials were putting one message on paper but giving a different message to the Malaysians face to face. That sort of duplicity might be diplomatic but it is not acceptable. Who was the ministry’s formal letter intended to deceive? The minister? The prime minister? The public? All could be forgiven for taking the letter at face value. It expressed the only proper position for a country that means to punish crimes against a citizen. The unnamed officials who gave their Malaysian counterparts a different message were not thinking of the woman who had complained to the police and has a right to see justice done. What were they thinking? The Herald has unearthed four comparable cases in the past four years. When diplomats offend, it seems, they look after each other. McCully needs to change that culture and gain his officials’ confidence. This mess suggests something is seriously wrong in the ranks of those who represent our interests and values to the world. And it is not over yet.”

In the Dominion, Duncan Garner didn’t ” buy the emerging spin that it’s all the ministry’s fault.” : “It is unforgivable that McCully wasn’t all over this from the start, engaging Allen and seeking regular updates. That’s a minister’s job. Perhaps the minister was too busy wining and dining those who may vote for us to get a place on the UN Security Council? Or was he hopelessly distracted while greasing up the Yanks in Washington with the prime minister to worry about a young Kiwi victim and the whereabouts of the Malaysian diplomat? How hard is it to ask a few questions? McCully said this week that he’d followed good process throughout. That is laughable. Is the relationship between Allen and McCully so dysfunctional that all this got simply lost? Something is not right here. Blaming Mfat staff might be politically convenient, but it doesn’t look or feel right.
The buck stops with ministers. Yes, McCully grabbed a late victory by getting the diplomat to return here for trial – but I say the damage has been done. He and his department have got this one horribly wrong. You can only imagine how the female complainant is feeling watching this circus play out.”

Heads will roll over this diplomatic incident. Not McCully’s though. The PM said he had not received nor would he accept McCully’s resignation. For John Key, excusing Ministerial incompetence seems to be the true meaning of ‘no-surprises’.

Finally, a couple of confessions in the NZ Herald grabbed the headlines: ‘David Cunliffe: I’m sorry for being a man’ and ‘Maggie Barry: I was groped by Rolf Harris’. Ms Barry, usually a waste of political space, deserves credit for her forthright account of an encounter with the now-notorious Harris.

Mr Cunliffe, upon whose shoulders the hopes of the Left fall in this election cycle, can’t seem to do a thing right. The Herald reported that his full speech on family violence ” went down well with the overwhelmingly female audience. One woman came up to him as he left and said she had moved away from Labour but his speech had won her vote back. Refuge chief executive Heather Henare said Labour had consulted her about its policy, unlike the National Government which announced its own policy on family violence this week without consulting Refuge. “David Cunliffe’s speech was, I have to say, inspiring,” she said. Unfortunately, for Cunliffe and Labour, that’s not what the headline said.

Like love, victory means never having to say you’re sorry.